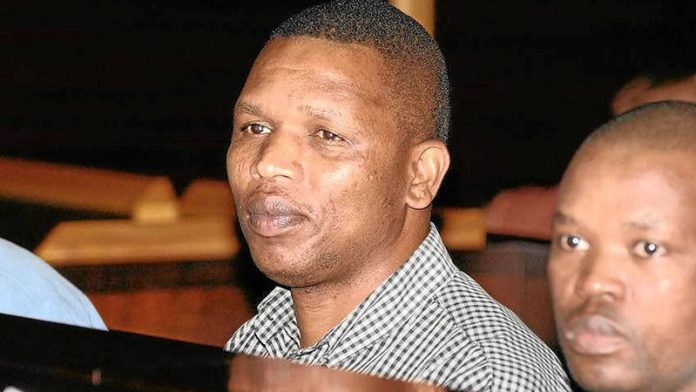 The head of Westville's  Medium B prison near Durban, Mfanafuthi Elijah Nxumalo, was this week ordered not to return to his post, despite a Durban Labour Court order setting aside an attempt by the regional commissioner of KwaZulu-Natal's department of correctional services, Mnikelwa Nxele, to transfer him.

In the application to set aside his transfer to the smaller Medium A prison in Pietermaritzburg, Nxu­malo, who has the rank of deputy director, said that he first heard about his impending transfer from an inmate, Russell Ngubo, himself a former prison boss who has good ANC credentials and is said to wield considerable influence in the prison.

Ngubo, a former Stoffelton ANC branch chairperson, has been serving a 25-year term since 2005 for his role in the murder of two Inkatha Freedom Party (IFP) members in KwaZulu-Natal in 1995.

In an affidavit, Nxumalo said Ngubo informed him in September 2012 that his "transfer is already arranged" and that it was only at a staff meeting in October that Nxele mentioned that "all heads were going to be transferred" because he was "not happy" with "performance generally". In November, Ngubo, referring to Nxumalo, apparently asked Nxumalo's colleagues: "Why is he still here?"

Nxumalo and Ngubo squared off over the privileges Ngubo has enjoyed since 2005 – a television set and video recorder were installed in his cell, apparently to assist him with his studies.

A Sunday Tribune article published in November last year detailed some of Ngubo's excesses, which include being allowed out of prison to visit a bank in civilian clothes, receiving fresh food from his family, refusing to take part in roll call and refusing to hand over his cellphone. Some of the trips, the article says, were authorised by Nxele, who did not comment when approached by the Durban-based newspaper.

The Suspect
In a television documentary made in 2000, titled The Suspect, Ngubo, then an ANC warlord, tells of how he was ambushed by the alleged IFP members on March 13 1994, one of six serious attacks he would survive, while he was recruiting for the ANC. He speaks of the March 13 incident as a turning point in his life. "That fear I had of exposing myself, it was just taken away altogether and I started to inspire other comrades to push this struggle in terms of building the ANC in our community, more especially at Impendle."

He apparently signed up about 10 000 members, tipping the scales in favour of the ANC in what was traditionally an IFP stronghold.

Ngubo's branch-building efforts for the ANC came at a great personal cost. A brother and a son were killed, and his wife and another son suffered crippling injuries at the hands of his political adversaries. Ngubo was also linked to the assassination of a former ally and Impendle leader, Ernest Nzimande, a hit carried out allegedly by using a vehicle hired by the Westville prison and involving some of his colleagues.

Nxumalo said in the court papers: "I verily believe that Ngubo has access, telephonically and otherwise, to high-ranking officials, including those within the correctional services department". He said the only reason advanced for his transfer was so that he could handle "a smaller load of work", which amounted to a demotion.

Despite the granting of the court order on February 20, Nxumalo was prevented from resuming his duties.

Opposing papers
Nxumalo followed the court order's stipulations and returned to his post for two days, beginning on Monday, this week. He was then told he could only resume his duties once the officer he had been replaced by had been redeployed.

On Wednesday at the department of correctional services' regional offices in Pietermaritzburg, Nxumalo was told to report to the regional department's area management headquarters, where he was informed verbally and in writing by Nxele that he would face disciplinary action if he again reported for duty at Westville's Medium B.

Nxumalo's legal representatives, Brett Purdon Attorneys, said the department had flouted its own transfer policies and that filing an application for leave to appeal against an interlocutory court order constituted improper legal action. "They haven't filed opposing papers so there is nothing refuting Nxumalo's version," Brett Purdon said. "When Nxumalo went to work, he was sent SMSes and ordered to Pietermaritzburg. He was sent a letter contravening the court order so he has been taken out of work in contempt of court."

Purdon said his client had served a contempt of court application.

Nxele refuted claims that Nxu­malo's transfer had anything to do with Ngubo, who was no longer in Durban. "Nxumalo is one of the pillars of the centre and one of the people I count on to go and fix centres where there are things going wrong. He is not a stumbling block to anything. There are close to 50 people being transferred for internal stability reasons in the department."

Commissioner's past comes back to haunt him

In what is an ironic reversal of roles, a 2006 Labour Court case reveals that Mnikelwa Nxele, the regional commissioner of the KwaZulu-Natal department of ­correctional services, faced off with the department when he was based in Cape Town.

In 2005, Nxele, then a regional head of corporate services in the Western Cape, was offered "horizontal placement" to the post of director: after care at the department's Pretoria head offices.

In February 2006, however, Nxele was placed as corrections area co-ordinator at Pollsmoor Prison in Cape Town for six months, to allow him "enough opportunity to address and solve any aspects which might still ­hinder [his] placement in the post of director: after care".

Nxele sought to set aside his transfer to Pollsmoor. According to his affidavit, the transfer "had been effected in a manner that was incompatible with the terms of the department's transfer policy" because there had been no consultation, insufficient reason for the transfer and that reasons had not been supplied to him in writing.

He alleged that his ­"sudden transfer" to Pollsmoor was a decision to "soften him up so that he would accept such a placement in six months time".

In words that echo his alleged persecution of Mfanafuthi Elijah Nxumalo (see "Warlord's role in prison row questioned"), Nxele charged that the transfer to Pollsmoor constituted a demotion involving "a gross and severe diminution of my status, responsibilities, prestige and authority".

In a June 15 2006 judgment, Nxele's application was dismissed with costs, for reasons including that none of his procedural claims could be sustained and that the temporary placement at Pollsmoor did not "materially and adversely affect [his] rights or legitimate expectations".