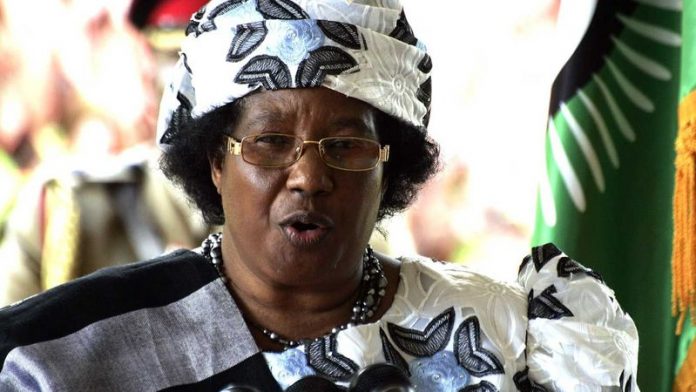 The group are accused of trying to prevent then vice-president Joyce Banda from coming to power last year, after the death of president Bingu wa Mutharika.

"They are likely to be charged with treason," a senior police officer who did not want to identified told AFP.

Among those arrested was former foreign affairs minister, Peter Mutharika – the brother of the late leader and his heir apparent.

"He has been arrested and is on his way to Lilongwe," regional police commissioner Paul Kanyama told AFP, as a convoy of police cars including two armoured vehicles drove out of the station.

Police and government sources said the others arrested included the former ministers for local government, information, finance and sports as well as top civil servants.

"It's not political. It's not about Joyce Banda," said current Information Minister Moses Kunkuyu.

The arrest of the "coup plotters" sent shock waves through Malawi, fuelling anger at Banda's government, which has been much feted by the international community.

Protests
Malawi police fired teargas at around 500 people protesting the arrests outside police headquarters, but the protesters failed to disperse and retaliated by throwing stones.

Another group of protesters, estimated to be in the thousands, gathered nearby, blocking the main highway to the capital with boulders and branches.

The plot is alleged to have taken place amid the chaos of Bingu wa Mutharika's death in April.

Last week an inquest ruled that Mutharika died of a heart attack on the way to hospital after collapsing at State House.

But his death was not confirmed for two days and his body was flown to South Africa as would-be successors sought to buy time.

Six ministers, including then local government minister Henry Mussa, held a late-night news conference a day after Mutharika's death to insist he was still alive.

At the time Banda was the vice president who, under the Constitution, was next in line to become the president.

But Mutharika had been grooming his brother Peter to succeed him.

Banda was eventually sworn in on April 7, after backroom dealings.

'A national issue'
A month after coming to power Banda alleged the coup plot was "against this country and not me. It's a national issue".

Political analyst Ernest Thindwa of the University of Malawi said the publication of the inquest sparked the arrests.

"The inquiry report raised a number of questions and established that offences were committed. But it's important that the suspects be given a fair trial."

Since coming to power, Banda has won plaudits from the international community, and attracted opposition at home, for embarking on a series of painful IMF-inspired economic reforms.

Budget cuts and a currency devaluation have meant living costs for ordinary Malawians have gone up, just as wages in the massive public sector are frozen.

Thousands have taken to the streets to oppose the measures over the past year, which Banda insists are needed to put the economy – one of the poorest in the world – back on track.

Agriculture still accounts for 30% of GDP in the landlocked country.