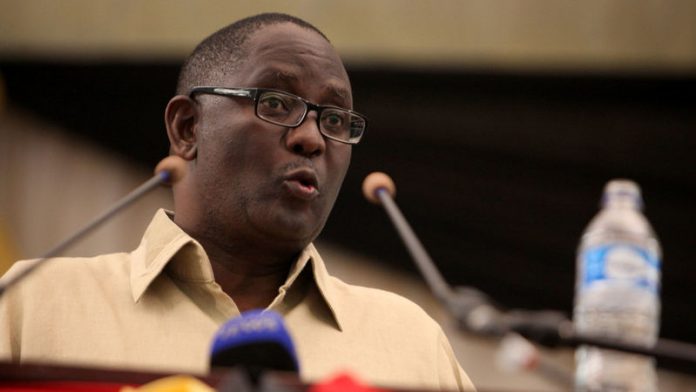 The national development plan will face stiff opposition from the labour movement after the Congress of South African Trade Unions castigated the growth strategy at its bargaining, organising and campaigns conference on Tuesday.

"We have been through this before, through that infamous document called Gear.”

Vavi was referring to the Growth, Employment and Redistribution (Gear) economic plan that was pursued by the South African government from 1996 in the hopes of redressing inequalities brought about during apartheid.

Government pursued the five-year plan that focused on privatisation, the removal of exchange controls and linking wages to output.

Although moderately successful in achieving some of its goals in bringing macroeconomic stability to the country, formal employment continued to decline, and wealth remained unequally distributed along racial lines.

Similarly, the national development plan plots a course of action for South Africa until 2030, including proposals of completely eradicating poverty and moving to reduce South Africa’s Gini coefficient inequality rating from 0.7 in 2009 to 0.6 in the next 17 years.

It was crafted by the national planning commission, which is chaired by Planning Minister Trevor Manuel. So far it has been championed by President Jacob Zuma, the ANC and many opposition parties as the ideal plan to provide a roadmap for South Africa's future.

'Neoliberalism at its best'
Vavi suggested the plan was a regurgitation of the same policies contained in Gear and as such should not be supported.

"Sadly, you have to read for yourselves what the national development plan wants to do, or not do, with the labour market," he said.

“We are being told to wait for economic growth – the trickledown theory, neoliberalism at its best."

Vavi also intimated the plan was an attempt by capitalists to undermine the working class. “Capital is in crisis, and it will do everything to smash us from all sides, in order to restore profitability,” he said.

“We thus have to be cool-headed and know the class enemy, even if the enemy wears our colours and is within our midst.”

Vavi’s comments could be seen as fertile grounds for conflict within the tripartite alliance after the ANC adopted the national development plan at its elective conference in Mangaung last December.

Moreover, it was championed by Zuma during his February State of the Nation address, where he urged all South Africans to unite behind the plan.

'Right wing' strategy
An indication of what is in store for Vavi following Tuesday’s remarks emerged last week when the National Union of Metalworkers of South Africa (Numsa) general secretary Irvin Jim dubbed the plan a "right wing" strategy that was borrowed from the Democratic Alliance.

For his troubles, Jim was accused of harbouring an “infantile disorder" that made him unable to accept "anything rational".

The Mail & Guardian also understands the ANC is seeking to engage Jim and other Numsa leaders on their comments.

However, Vavi’s flaying of the plan could also be seen as a sign of deepening divisions within Cosatu.

In early March, the M&G reported how Vavi stands falsely accused of malfeasance by detractors within Cosatu in the hopes that he would lose his position within the labour federation. It has been largely interpreted as Vavi’s comeuppance for not actively seeking the re-election of Zuma as ruling party president in Mangaung.

This view is further supported by the relative neutrality of Cosatu president S’dumo Dlamini’s address at the conference.

In his speech, Dlamini – who is largely seen as pro-Zuma after being elected to the ANC’s National Executive Committee in Mangaung – made no mention of the national development plan.