Biko would not vote for Ramphele 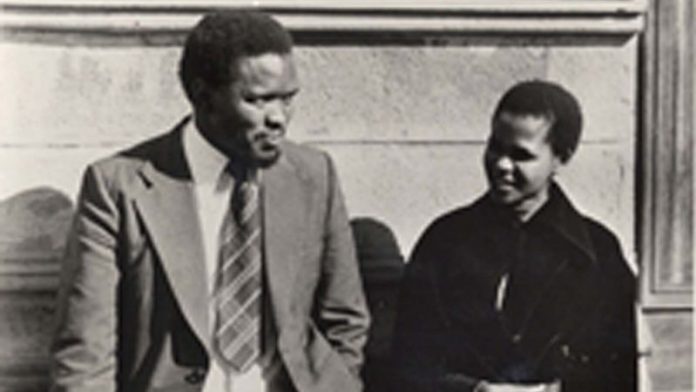 We South Africans like to rely on heroes to save us, to save our souls and to save our country. Our latest self-appointed hero is Mamphela Ramphele, who is starting her own political party to challenge the increasingly corrupt and authoritarian ANC.

Yet Ramphele's rise as South Africa's newest "change agent", as she likes to call herself, is not only a result of her business acumen, her hard work, her powerful oratory and her ability to network among the elite of South African society and worldwide. Her rise is also directly linked to the legacy of another South African hero, Bantu Stephen Biko.

Those of us who have been part of the Black Consciousness tradition –or who still honour it – see Biko and his vision of a "true humanity" as an alternative to, rather than a supplement of, the multiracialism of the Congress tradition.

Biko's prophetic observation from 1972 explains the new South Africa: "This is one country where it would be possible to create a capitalist black society, if whites were intelligent, if the nationalists were intelligent. And that capitalist black society, black middle class, would be very effective … South Africa could succeed in putting across to the world a pretty convincing, integrated picture, with still 70% of the population being underdogs."

Of course, Biko was no god either. For instance, his attitudes on gender were not a strong point. It would be unwise to predict what kind of leader he would have become if he had not been murdered by the apartheid police in 1977. He could now be just another politician or businessman or World Bank technocrat. He might have ended up voting in desperation, like Barney Pityana, for the Congress of the People. It's also possible that, like Bishop Rubin Phillip, he may have continued the Black Consciousness tradition of supporting genuinely democratic struggles from below. We don't know.

What we do know is that Biko stood and died for something very real. The philosophy of Black Consciousness that he built with others had an immeasurable impact on the anti-apartheid struggle.

Today, Biko is still invoked across the political spectrum, from S'bu Zikode to Desmond Tutu and Helen Zille to Ramphele.

The Ramphele of the 1970s may have been an excellent community doctor who built black community power, but the Ramphele we have known since the mid-1980s is a manager of others. Rather than support the communal self-empowerment of the oppressed, she has broken racial barriers as an individual. She has moulded herself into someone readily admired by liberal whites. She is a businesswoman, in it for personal gain rather than that of the oppressed majority. Her elevation to the top of our exploitative mining industry won no gains for workers or communities negatively affected by the mines.

During her tenure as the vice-chancellor of the University of Cape Town, she slashed the salaries of blue-collar workers and fired hundreds of them so she could increase the pay of university professors. Her approach was essentially Thatcherite and against black workers.

Accepting a top job at the World Bank made Ramphele a very powerful individual, but this brought nothing to ordinary Africans. Indeed, she was complicit with an institution directly responsible for impoverishment in Africa.

Despite her rhetoric of ubuntu, her involvement in the ineffective Carnegie III conference and her invitation to everyone "to reimagine the country of our dreams", she has not listened to the poor. The only invitation she is really making is for South Africans to follow her as a saviour. This has nothing to do with the oppressed liberating themselves and everything to do with South Africans shackling themselves to yet another elite persona.

South African Consciousness
Rather than being liberatory, Ramphele's politics are about technocratic management of the aspirations of the oppressed. Rather than dismantling institutionalised oppression, Ramphele (much like her white counterparts in the Democratic Alliance) believes that the very institutions that oppress us will in fact save us. Replace the managers of these institutions with better managers (such as herself and other technocrats) and ,voilà! – our constitutional democracy will be saved.

And yet, as Biko predicted at the height of apartheid, replacing the managers creates only the illusion of change: "I think there is no running away from the fact that now in South Africa there is such an ill distribution of wealth that any form of political freedom which doesn't touch on the proper distribution of wealth will be meaningless," he said. "If we have a mere change of face of those in governing positions, what is likely to happen is that black people will continue to be poor, and you will see a few blacks filtering through into the so-called bourgeoisie. Our society will be run almost as of yesterday."

Not only does Ramphele's philosophy contradict Biko's, she herself is also a good example of an astute, hard-working black individual who has "filtered through". She has yet to spell out specific policies, but we know what her philosophy represents: making South Africa safe for capitalism, quelling the masses through false promises of "equal opportunity" and proving to the world that blacks can be just as astute (and ruthless) as whites when managing others.

She has replaced Biko's profound concept of Black Consciousness with an airy hope of a "South African Consciousness", a nationalism predicated on the denial of the realities of race. The irony, of course, is that Black Consciousness grew out of a critique of the white liberalism that Ramphele now embraces and legitimises. We are doing our country a disservice if we allow people such as Ramphele, Zille or even Biko's own children from riding on the back of his legacy as if they have anything in common with his world view.

Would the Biko of 1977 have voted for Ramphele in 2013? Not a chance. Biko did not believe in black messiahs or managers in a neocolonial capitalist system. Quite the opposite: he genuinely believed in the black masses and in their ability to lead the revolution and collectively build a wholly new society. The mineworkers, shack-dwellers and farmworkers of this country stand diametrically opposed to everything Ramphele believes in.

Second mass shooting in US over the weekend
Africa

Ameenah Gurib-Fakim, who served as the first female president of Mauritius from 2015- to 2018, has also had success in higher education, winning top awards in science
Africa