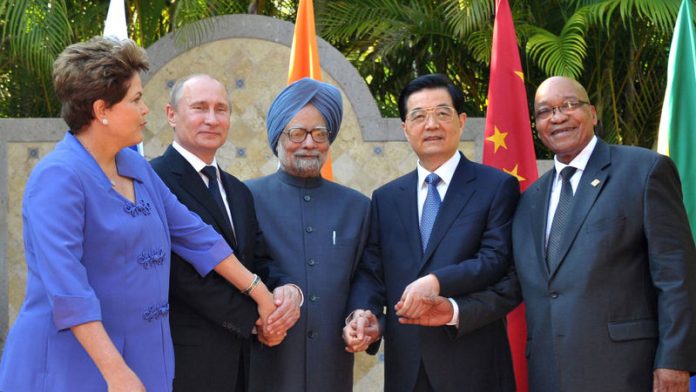 Those were two of the biggest questions emerging as the fifth Brics (Brazil, Russia, India, China and South Africa) summit gets underway in Durban on Tuesday, with the bank and its funding model taking centre stage.

A staggering $50-billion was the projected amount needed for capitalisation of the development finance institution with little clarity on how costs would be divvied up between members.

All that was revealed about the touted bank was that it would play a key role in pushing the diplomatic and economic agendas of all Brics members through the funding of development projects in emerging economies.

“The question is no longer about if a bank will be formed but rather how,” said Peter Draper, a senior research fellow and Brics expert at the South African Institute for International Affairs.

“Heads of state and finance ministers in the group have pretty much decided it’s going to happen and the next two days are going to be about sorting out the specifics.”

South Africa’s worthiness has constantly been called into question since joining the group in 2010 due to depressed economic growth and a smaller gross domestic product (GDP) than other deserving states such as Indonesia or Turkey.

Is R10-billion too much for SA?
Each Brics member was due to deliver its respective report on the feasibility of the bank, and although $10-billion might not be a lot of money for China as it is just 0.12% of their GDP, for South Africa it would be a hefty 2.5% of total economic product and could come at a time when the country was already running a deficit of about R212.6-billion, which is 6.5% of GDP.

“South Africa is certainly the most challenged out of all Brics nations when it comes to the potential amount that will be paid in order to float this bank,” Chris Hart, senior economist at Investment Solutions said.

The best route for South Africa to fund the bank’s capitalisation would be by dipping into the country’s foreign reserves, thereby shielding taxpayers from any direct impact.

But with only an estimated R40-billion in foreign currency to play with, the money South Africa has been saving for a rainy day could be diminished in the blink of an eye – leaving citizens potentially vulnerable in the medium to long term.

“There is no doubt that if this bank falls down South African taxpayers would be in the firing line,” Hart added.

“If we were to enter into this, it should really be under the conditions that we stand to gain as much as we would potentially be losing.”

SA’s GDP ranking
While a bank might give structure and meaning to a political grouping currently devoid of a traditional form, the sensitive topic of money cannot be ignored.

It is an unfortunate fact that South Africa is simply not in the same league financially as all the other Brics partners.

South Africa’s GDP ranks only 28th in the world in comparison to China in second place, Brazil in sixth, Russia in ninth and India in 10th place.

China’s economy is now 22 times larger than South Africa’s and the country accounts for only 2.5% of the Brics's overall GDP.

“The jury is still out on whether it would make sense for South Africa to throw money at this institution for the sole reason of them being in the Brics club,” added Draper.

“But you have to ask yourself if the money would be well spent elsewhere or if at all.”

If South Africa were to derive maximum benefit from the formation of a Brics development bank, it would have to insure that any funds consolidated by the institution were used primarily for infrastructure development at home and in Africa.

Money well spent
The bank’s primary business would be to fund infrastructure development across the bloc and in other emerging nations. If South Africa were to ensure the bank’s main business was focused on Africa – and to a lesser extent in the country – the $10-billion investment would be money well spent.

“This bank will provide the impetus for the formal grounding of this group and South Africa has a chance to be a part of something potentially huge.”

But if South Africa was to be a part of a new world order it would have to ensure it did not become involved in a project that could see it merely transformed into a stepping stone for richer emerging nations to enter into Africa – at a cost of $10-billion.