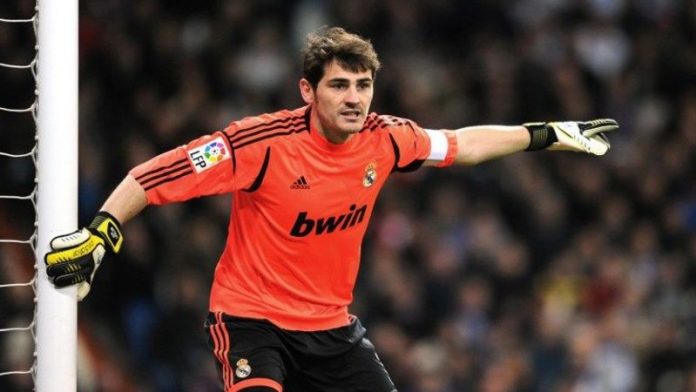 Casillas, however, lacks the necessary sharpness to make the squad for Saturday's La Liga game at Real Zaragoza, according to assistant coach Aitor Karanka.

The Spain and Real captain has been out with a broken finger since January and also missed the World Cup qualifiers against Finland last Friday and France on Tuesday.

"The medical team passed him fit a week ago but he doesn't have the competitive edge needed to be 100% for games," Karanka told a news conference on Friday. "He is training well and this is good for everyone. When he is 100% he will be cleared to play but because he is a goalkeeper it is tougher."

Diego Lopez, signed from Sevilla in January as cover for Casillas, has excelled in the 11 games he has played for Real. In that time the team have qualified for the King's Cup final and the last eight of the Champions League.

There has been lots of speculation about whether Casillas will be restored to Real's side when he has recovered, especially bearing in mind the frosty relationship that media reports say exists between him and coach Jose Mourinho. Real survived the international break unscathed by injuries and have a full squad available for Saturday's game, bar one doubt over Portugal defender Fabio Coentrao.

"Coentrao is in the squad and we will see how he goes tomorrow as to whether he starts," Karanka added. Real are second in La Liga 13 points behind leaders Barcelona with 10 games left to play. Mourinho's team host Galatasaray in a Champions League quarter-final first leg on Wednesday. – Reuters