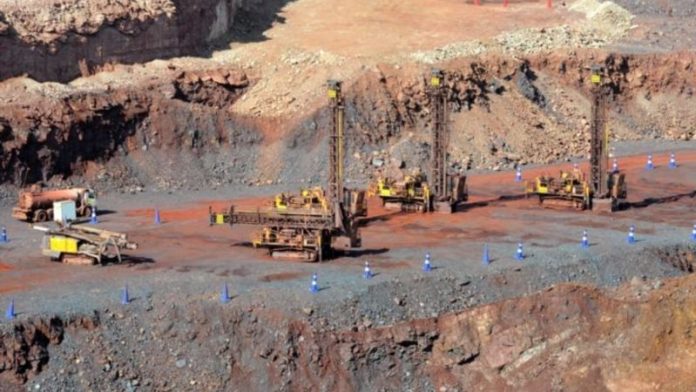 On Thursdat, it dismissed an appeal by the minister for mineral resources and Imperial Crown Trading (ICT) against a ruling by the high court in Johannesburg in 2011.

The high court found that SIOC became the exclusive rights holder on May 5 2008, and it set aside ICT's prospecting right in relation to 21.4% of the Sishen Mine.

The dispute about the 21.4% mining right arose out of disagreement between Anglo American subsidiary Kumba Iron Ore and Arcelor Mittal SA (Amsa).

In 2001, as part of Iscor's unbundling, it was agreed that a 21.4% stake in mineral rights at the Sishen mine would vest in the company which is now Amsa. At the time, it was agreed that Sishen would supply AMSA with iron ore at up to 6.25 million tonnes a year, at cost plus 3%.

When AMSA failed to convert its old order mining right in 2009, Kumba said it would sell its iron ore to the steel giant at market prices. An undivided prospecting right was granted to ICT in relation to 21.4% stake in Sishen Mine. Kumba, which owns 74% of the SIOC, also applied to the department for the lapsed Amsa rights.

Conversion
On Thursday, the SCA found that the SIOC had held an undivided 78.6% share in the right to iron ore on the Northern Cape property and that when it converted its old order mining right on May 5 2008, it became the holder of the sole and exclusive mining right.

The SCA found that its mining authorisation clearly related to all the properties. "It could not be otherwise," the court held, and ruled that there were therefore no rights to transfer.

There was no share of the "old order mining right" or the mining right which the minister could allocate to any other party. The conversion granted by the minister in 2008 "stands until amended or set aside".

As a result of the dispute ,the SIOC and ICT brought criminal charges against each other, alleging various crimes.

A complaint was also laid against National Prosecuting Authority prosecutions head Glynnis Breytenbach by ICT, which claimed she was favouring the SIOC's Kumba mine lawyers in their case against the ICT.

Prospecting rights
The SCA said that SIOC operation was well-established as a mining operation, so it could not understand why the department of mineral resources had granted the ICT prospecting rights. The criminal case still has to be finalised.

Kumba Iron Ore Limited said in a notice on the Stock Exchange News Service that in the interim, the sale of iron ore from the Sishen Mine to Amsa remained regulated in terms of the Interim Pricing Agreement concluded between the parties in December.

Mineral resources department spokesperson Zingaphi Jakuja said the department noted the judgment and would study it with legal counsel, but would not comment further. – Sapa