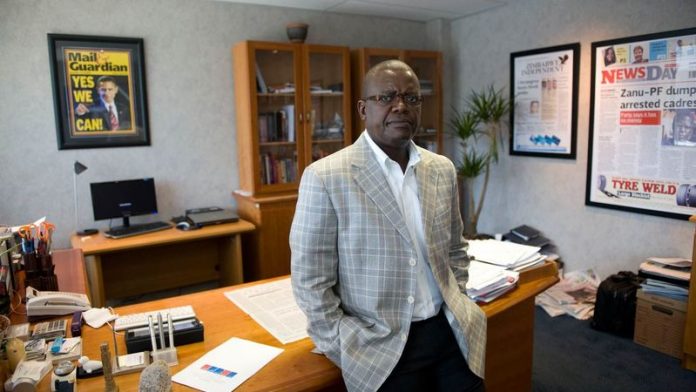 The award-winning chairperson of Zimbabwe-based Alpha Media Holdings and controlling shareholder of the M&G Media Group admitted to suffering from "acute bouts of self-doubt" as a child.

In his TEDx Talk, he said he came from poor and humble beginnings, and was often bullied. He found out he had dyslexia and malapropism and struggled at school.

"Thank[s] to Microsoft Word, I can now fake it." He said.

He describes his poor upbringing as leading him later in life to "bet for the poor and marginalised, bet for the downtrodden … so consumed with associating with the voiceless".

An incredible story of determination, courage & the power of words ow.ly/jCteR [vid] by @trevorncube at TED.

TED talks began in 1984 as an intimate gathering of influential figures from the worlds of technology, entertainment and design (TED). The annual event was turned into a global platform for "ideas worth spreading" after being taken over by Chris Anderson's nonprofit Sapling Foundation.

TED described their TEDx events as "a programme of local, self-organised events that bring people together  … where live speakers combine to spark deep discussion and connection in a small group". – Additional reporting by AFP

Editorial: Turning the page at the M&G

Only a third way will fix Zimbabwe

School your politician or face the fallout