CAR’s criminal soldiers ‘out of control’ 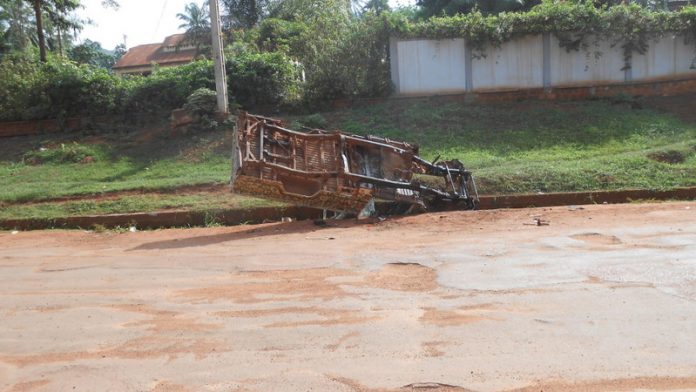 But there is absolutely no doubt who these elements are – they are Seleka soldiers who self-proclaimed president Michel Djotodia has not managed to stop from raping, looting, pillaging and killing. On Wednesday morning two district chiefs arrived at local independent radio station Ndeke Luka to announce that two police officers had been stripped naked and beaten on a busy street while Seleka rebels shared the stolen uniforms amongst themselves. A few hours earlier at the same radio station a number of women arrived to report that three young girls had been dragged off to a Seleka base and gang raped for several hours. Reports of shootings and deaths caused by the rebels' wreckless driving of stolen vehicles reach the radio's newsroom with alarming frequency.

In a number of cases witnessed by the Mail & Guardian, vehicles stolen from the South Africans last month and now driven by Seleka rebels have crashed and are subsequently stripped by the same people who had been driving them, leaving nothing but the frame. Few of the rebels who get behind the wheel have driven before and even fewer know their way around the city. These are young men who have spent much of their lives fighting in the bush, usually in areas far from tarred roads or street lighting; more often than not they come from the dry north-east of the country near the border with Chad and Sudan, where muddy, wet, and slippery roads – such as the ones in Bangui – are nowhere to be found.

It is now coming up to three weeks since the Battle of Bangui, the decisive battle that removed ex-president François Bozizé from power and left Djotodia in charge. While there has not really been enough time for Bozizé nostalgia to set in, many in the city are already drawing comparisons to the last military coup, 10 years ago, when Bozizé pushed out his former boss Ange-Félix Patassé. Two days after that coup, a call for his rebels to stop shooting and looting was heeded and some semblance of order was established. That's not the case this time around as the alliance that brought Djotodia to power has been cracking ever since he arrived in Bangui.

A senior colonel – and there are many – in the Seleka army approached the M&G to make it clear that he joined the rebellion simply to get to Bangui and get rid of Bozizé. He says he is already considering forming an opposition movement because he feels that as a Christian, he is being marginalised by the Muslim dominance at the top of the movement.

Belief
Djotodia has stated on several occasions that he represents all Central Africans, regardless of religious affiliation. The trouble is that few believe him and the composition of his new government makes it even more difficult to take him seriously.

Djotodia is a member of the Goula ethnic group, from Vakaga district in the north-east. Vakaga is the only part of the CAR where Arabic is the lingua franca and Islam the dominant religion. It is also a sparsely populated part of the country. Due to Vakaga's distance from Bangui and the almost complete lack of transport infrastructure, people in the area have much stronger trade and social links with Chad and Sudan's Darfur region.

Of the 34 people named to head ministries in his new government, nine are ethnic Goula while eight are from Vakaga. This is a little bit like saying that one third of the Members of Parliament sitting in Cape Town are from the Northern Cape.

To add insult to injury, nine of the ministries are run by Djotodia's close associates. At least four of them are headed by direct family members and all nine are key portfolios, including defence, finance, mines, energy and petrol, security and police – all positions where siphoning off funds from the international donor community and arranging kickbacks from investors tend to be easy.

This new dispensation, combined with the widespread belief in Bangui that Seleka does not represent the majority of people in the CAR, has prompted locals to cynically refer to their country as Chad's 23rd district (there are 22 districts in Chad).

While rebellion-weary CAR worries about what's next, evidence continues to come to light about atrocities committed under the Bozizé regime. Journalists have been shown around the Bossombele camp, 175km north of Bangui, where Bozizé allgedly had prisoners tortured and summarily executed. Large arms caches have also been discovered there which, had his national army, the FACA, been properly trained, might have been used to keep him in power.