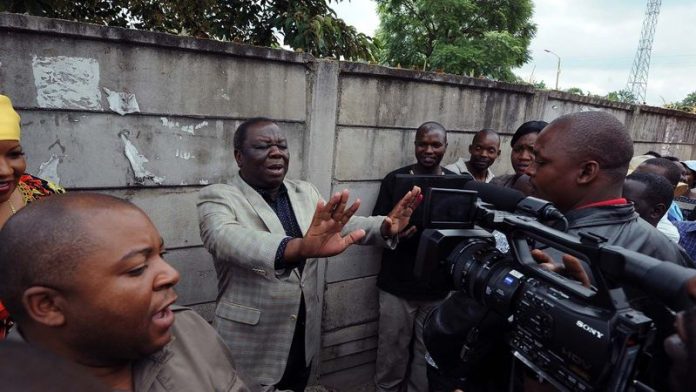 Zimbabwe's prime ­minister, Morgan Tsvangirai, believes he would garner 65% of the poll in a free vote and plans to offer Cabinet posts to Zanu-PF politicians should he win the elections.

This is according to the notes from a meeting he held recently with Standard Bank's head of Africa research, Stephen Bailey-Smith.

The prime minister expected elections to take place by September 13, Bailey-Smith said in a note sent to Standard Bank clients on Tuesday.

The prime minister put forward three ­possible scenarios for the outcome of the poll.

"His first and favoured scenario, and the one on which he placed the greatest probability, was an MDC victory, which was accepted by all stakeholders.

"Based on the latest opinion polls, Tsvangirai suggested that the MDC would win about 65% of votes in a free and fair election," the report said.

Tsvangirai is quoted as saying he would "be willing to run a coalition government, giving Cabinet places to Zanu-PF politicians".

Reiterating his party's position, Tsvangirai told Bailey-Smith that his policy would be based on creating jobs instead. "Participation via employment creation was seen as the best mechanism for redistribution. He agreed to disagree with Zanu-PF on the present policy of indigenisation."

Tsvangirai would also embrace an International Monetary Fund-backed reform package, although the former trade unionist was "wary of adopting a one-structural-adjustment-package-fits-all approach". "He confirmed that the Washington institutions had already actively re-engaged with the government and were working on medium-term policy goals," the report said.

There was little chance that any new government would reverse the currency regime any time soon by reintroducing the Zimbabwe dollar, Tsvangirai was quoted as saying.

A second and "far less favoured" scenario was possible, in which Zimbabwe once again would have to establish a coalition government similar to the one that had led the country for the past four years.

Zimbabwe's new Constitution abolishes the post of prime minister, which meant "the present lack of clear executive authority" would be less likely in such a new coalition, according to Tsvangirai.

Disputed election
"In this scenario policy direction is less clear, economic recovery slower and political stability harder won. Re-engagement with the international community takes longer than in the first and favoured scenario.

"A third scenario, in which a disputed election would lead to violence and instability, was unlikely for a number of reasons.

"First, such an alternative would foster an immediate government financing crisis. Second, there was broad cross-party and wider popular support for the idea of moving the country forward and away from the political paralysis that has fostered so much economic hardship in recent years.

"Third, the cross-party agreement on appropriate political process is now laid out in the Constitution, which is widely accepted by all sides and brings considerably more structure to proceedings."