Rugby Rebels with an ‘Afrikaners only’ cause 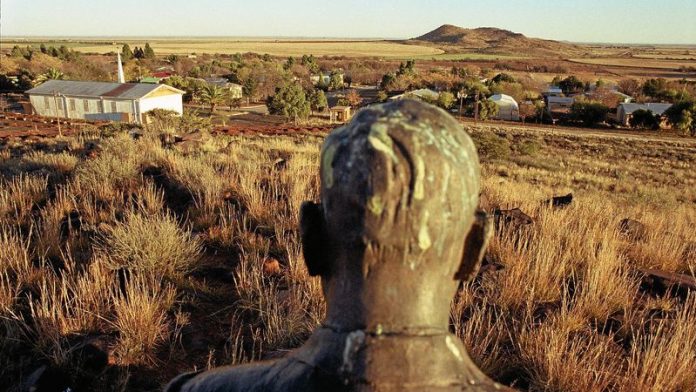 "It is an insult to call this a white team – it's an Afrikaner team," Quintin Diederichs, the executive head of the Orania Rebels told the Mail & Guardian.

The Rapport reported this weekend that the "non-transformed xv" was admitted to and will play in the Griquas' club rugby league.

They will make their debut after no other clubs in the region objected to their inclusion and will go up against clubs from around the province.

"There are only Afrikaners in our team in the same way that there are only Irish people in the Ireland rugby team."

Orania is located in the Karoo along the Orange River and was founded in 1990 when about 40 Afrikaner families bought the former construction camp that was used for builders of the Vanderkloof Dam.

The purchase was led by Carel Boshoff, the son-in-law of former apartheid-era prime minister Hendrik Verwoerd.

It is unique in that the population is almost entirely Afrikaner. The town was founded with the aim of creating a stronghold for Afrikaans and the Afrikaner.

It courted controversy in the 1990s as many saw the formation of the Afrikaner enclave as a last ditch attempt to preserve apartheid.

But this was discounted by Boshoff and other Orania residents, who claim anyone who identifies with Afrikaner ethnicity is welcome in the town.

"If, for example, a black guy rocks up and conforms to the Afrikaner culture and heritage his race would not come into question and he would be allowed in the team," he added.

"It would be very good for people to start accepting people for who they are – it's what we believe in Orania – driving your own culture while accepting others."

Griquas rugby union – under which the team is governed – said the rebels should be given a fair chance.

"Let's see what happens. They are prepared to play against everyone and any team can come to Orania and play them," Griquas president Hennie van der Merwe told Rapport.

"I haven't received any complaints about this. In any case, how many other white teams are there?"

The South African Rugby Union conceded that many club rugby teams nationwide continue to be racially compromised due to the segregated communities in which they occur.

But, the national rugby union said it does not support any practice that promotes club segregation.

"It would be contrary to our constitution which specifically talks about non racialism," Saru president Regan Hoskins told the M&G.

"The provincial unions – who are responsible for administering club rugby in their areas – would have cause to intervene at any such club if a complaint was laid alleging discrimination on the grounds of race, colour, creed or gender."