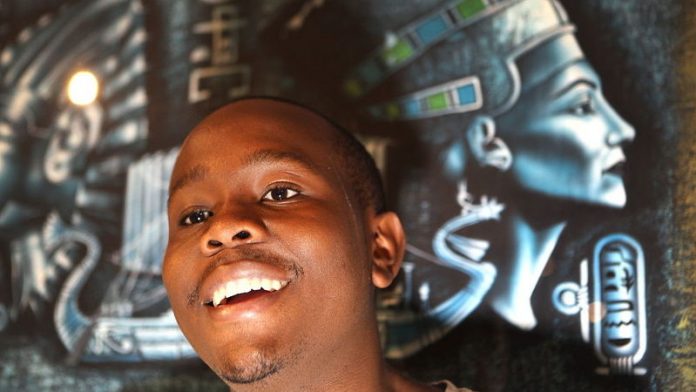 The winner of Idols 2012 and Metro FM's newcomer of the year, along with his choir, won R750 000 on Sunday. R500 000 of the prize money, sponsored by Metropolitan, will go to the choir and R250 000 to its chosen charity, which was Siyanakekela "We Care", a children's home in uMlazi, KwaZulu-Natal.

When asked after the show how it felt to win his second reality singing contest, the charismatic Move singer said that he has only won one competition – and that was Idols.

"I have not won two reality shows. I won one and they have just won their first competition. It's all them, I was just there to help," he said.

Twenty-four-year-old Ndu Shezi, a music student at the University of KwaZulu-Natal, said she was pleased with their win.

"I have thought of what I want to do with my share of the prize money and for me the most important thing is to pay my varsity fees. That is my priority."

Mthethwa stressed that winning the competition was merely the beginning for his choir members and that he planned to include them in his shows and performances as much as he can.

The finale at the Soweto Theatre was a showdown between the final three choirmasters and the choirs they assembled from their home provinces, Mthethwa (KwaZulu-Natal), Zakes Bantwini (Gauteng) and Zwai Bala (Mpumalanga).

The three choirs have plans to put together a show within the next two months in Pretoria.

'Resounding success'
The 13-episode show was remarkably popular considering how saturated the market has become with reality talent shows.

"Clash of the Choirs was a resounding success … The show has been truly entertaining and showcased our country's fine tradition of choral music in a refreshing way," said Yolisa Phahle, M-Net's director of local interest channels.

Phahle added that Clash of the Choirs surpassed all their expectations and that throughout the season the show was the most watched programme in its timeslot, with its viewership increasing week after week.

According to Phahle, the commitment and passion of the choirmasters contributed greatly to this success story.

"These fantastic musicians challenged themselves by creating unique, world-class arrangements of popular local and international hits, week after week. All seven of the choirmasters also embraced the opportunity to mentor upcoming talent, give back to communities and use music to unify, entertain and educate."

Voting lines closed last Thursday, but if one had to decide on a winner based on the performances on Sunday evening, then Bala and his choir, who had the audience on its feet throughout the night, would probably have won.

Sama awards honour those behind the scenes

‘Clash of the Choirs’ sings its final chorus