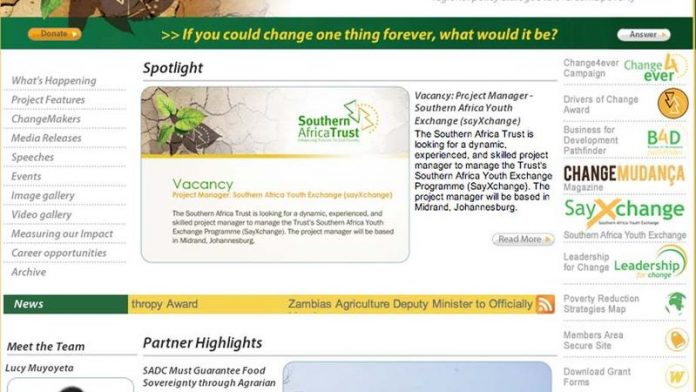 Overseas government donors, for example, are radically shifting their funding interests based on political realignments in their home countries and shrinking administrative capacity, as well as a drive towards results that can be counted in numbers.

But there is also rapid growth in the volume and influence of private philanthropic giving by overseas funders and the rapid emergence of wealthy African philanthropists across the continent.

At the same time in South Africa, for example, the national Non-Profit Organisations (NPO) Act is under review. The national department of social development, in which the national NPO regulatory authority is located, wants to streamline NPO registration procedures and improve its ability to manage the large number of registered NPOs — about 98 000 at last count before the threatened deregistration of about a third of them — while overhauling the coordination between funding agencies that have been set up to support the work of the NPO sector.

There may be many reasons for this new effort. At a basic level it is a pragmatic attempt to work through civil society groups so that it is easier for the government to deliver more and better social services that are much needed.

But at another level, the government's drive towards a closer working relationship with formally structured non-governmental organisations seems to be part of an effort to quell a rising tide of social discontent and protest about the stubborn levels of poverty and inequality linked to inefficient and corrupted state delivery arms.

The effort to work with NGOs comes, it seems, both out of a concern for state security as well as a recognition that state institutions are failing to, and possibly unable to, deliver at adequate scale, pace and quality to achieve the government's policy objectives.

This presents a dilemma of analysis for civil society groups. They seem to be left in a schizophrenic puzzle about whether the deliberate outreach of the government represents a principled approach to governance through the creation of a new participatory social contract in a kind of "big society" rather than "big state" approach, or a governance approach that is simply responsive to the concerns and interests of citizens' groups, or an expression of a tendency towards populism that seeks to anchor the standing of the government and the governing party among NPOs within a turbulent sea that has big swells of social discontent.

Whichever the case may be, the many contradictions that challenge current relations between civil society groups and state institutions must be addressed. There is a need for a quality of engagement between the state and civil society groups that happens not as an end in itself, but that is mutually purposeful.

For more effective development results, including the eradication of poverty, we must break past patterns of relationships between state and non-state actors as part of a "second transition" in African countries.

We are at a point in our history where we can determine if that pattern becomes institutionalised for a very long time or if it is transformed. For better or for worse, the line between the public and private sectors is increasingly blurred. The social sector increasingly represents social enterprise and social entrepreneurship. Cutting edge practice in the private sector is increasingly about social impact investing, inclusive business that is at once good for profits and good for development, and the no-longer-so-elusive market at the bottom of the pyramid.

Through the blurring of these boundaries, we are being forced to accept that we are all citizens, no matter which sector we may find ourselves in. Across these divides, there is a need for a particular kind of bridging leadership from visionaries on both sides.

And that's what the Drivers of Change awards are about. They seek out and recognise individuals or organisations within civil society, business, or government that are showing us how much more effective we can be at creating a better future if things are done differently.

Through unlikely partnerships, innovative initiatives, bridging of boundaries and sheer determination to make a real difference, they are making us re-imagine our future.

The Drivers of Change awards hold up remarkable examples of fresh approaches that can inspire others to think and act differently across the southern Africa region.

Neville Gabriel is the executive director of the Southern Africa Trust and a member of the judging panel of the awards Although this article has been made possible by the Mail & Guardian's advertisers, content and photographs were sourced independently by the M&G supplements editorial team. It forms part of a larger supplement.

Libra: How Zucked are we really?

Editorial: Power corrupts ― even in our respected NGOs

No ‘culture of silence’, says Sonke