Why Google Glass will be important, even if it fails 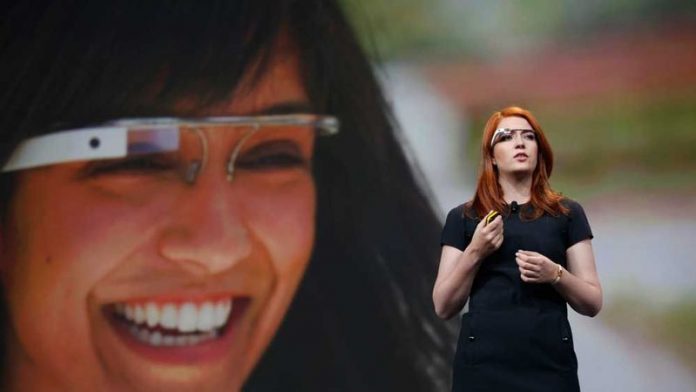 Last year Google announced something extraordinary: it was working on a wearable computer. Geeks around the world immediately began salivating at the very thought. Earlier this year, the company began sending early versions of the device to developers and technology commentators. Reactions have ranged from nerdy ecstasy to undiluted scorn.

The device, named Google Glass, resembles a pair of eyeglasses which project a tiny virtual screen in front of your right eye. This layer of digital information on top of the visible world is called "augmented reality" and offers some intriguing possibilities.

Using voice recognition Google Glass can, for instance, give you visual directions to any location you ask about or display the text message you've just received on your phone. Its built-in camera will instantly take a picture of whatever you're currently looking at – you just need to wink your right eye.

Unfortunately Glass is still far from perfect. Early users are complaining publicly about headaches and an inability to see the screen in bright sunlight. The voice controls are "buggy", the battery life is "terrible" and the device is hard to take off and even harder to store.

Given that these complaints come from hardcore technology lovers who paid $1 500 for the privilege of testing the device, it's unlikely the general public will have the patience required to adapt to Glass. Even at half the current price Glass would struggle to reach mainstream popularity. The paradigm is just too new and the technology is just not ready.

On the whole the media is either puzzled by or scornful of the device. Wired, an industry magazine, dismisses Glass to the same fate as the Segway, the Bluetooth headset and the pocket protector – all innovations "too nerdy to live". A blog named "White Men Wearing Google Glass" posts photos of men wearing the device and jibes: "In its favour, if Google Glass didn’t exist, all these Silicon Valley guys would be having affairs or buying unsuitable motorbikes.”

The most likely fate for Google Glass? To be this generation's Apple Newton. Most people either haven't ever heard of the Newton, or have forgotten about it. But the device was hugely influential in technology circles and is a direct ancestor to Apple's iPod, iPhone and iPad.

The Newton was the world's first "Personal Digital Assistant" – a chunky, monochrome-screened device about the same size as a modern 7-inch tablet, but more than twice as heavy. Instead of a modern finger-driven touch-screen, the Newton relied on a physical stylus with handwriting recognition as the primary input method.

When it launched in 1993, the technology cognoscenti were immediately besotted. A computer that you could carry in one hand! With handwriting recognition to boot? Sold. Such was the frenzy that the first 5 000 units sold out within a few hours, even though they cost $800 (around $1 250 in 2013 dollars).

Sadly that was the only great success for the Newton. Plagued by bugs, ridiculed by the media (most famously by satirist Mike Doonesbury) and hobbled by slow sales, the Newton was eventually killed in 1998. Who killed it? Ironically it was Steve Jobs, newly re-appointed as chief executive of Apple and looking to cut costs.

But what could be seen an embarrassing failure was actually a seminal learning experience for Apple in the field of handheld computing. Several people key to Apple's current success worked on the Newton, including Jonathan Ive, the genius behind the design of the iPod, iPhone and iPad. Two ex-Newton developers founded Pixo, a company that later created the operating system for the original iPod.

The Newton also introduced Apple to the ARM processor technology – now the heart of its entire portable computing line. These highly energy-efficient processors impressed Apple so much that it bought a 43% stake in the company. Even though Apple was eventually forced to sell this stake at a loss to stave off bankruptcy, its exposure to the technology was critical to its future success.

Does any of this sound familiar? A clunky, impractical and ludicrously expensive device with more bugs than utility, widely derided by the media and dismissed as too nerdy to live? Yes, Google Glass is probably going to fail commercially, just like the Newton, but that won't make it a failure in every sense.

It may seem ridiculous now but wearable computing is going to be important in the future. In a decade or two it may be the primary way we interact with computers. Without companies like Apple and Google with the guts, vision and money to push new technologies forward, we wouldn't have touch-screen tablets or the internet as we know it.

So go ahead and scoff at Google Glass. Like many first attempts it gets many things wrong. But Google doesn't care what you think – it sees the future and it's willing to fall a few times on the way there.