Britain in talks with Kenya’s Mau Mau victims over settlement 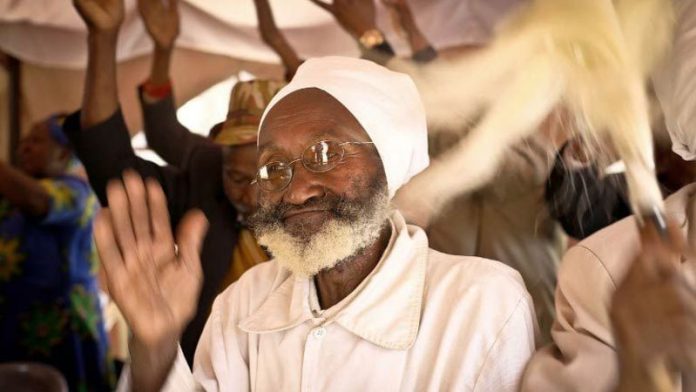 The British government is negotiating payments to thousands of Kenyans who were detained and severely mistreated during the 1950s Mau Mau insurgency in what would be the first compensation settlement resulting from official crimes committed under imperial rule.

In a development that could pave the way for many other claims from around the world, government lawyers embarked upon the historic talks after suffering a series of defeats in their attempts to prevent elderly survivors of the prison camps from seeking redress through the British courts.

Those defeats followed the discovery of a vast archive of colonial era documents that the Foreign Office (FCO) had kept hidden for decades, and which shed new and stark light on the dying days of British rule, not only in Kenya but around the empire.

In the case of the Mau Mau conflict, the secret papers showed that senior colonial officials authorised appalling abuses of inmates held at the prison camps established during the bloody conflict, and that ministers and officials in London were aware of a brutal detention regime in which men and women were tortured and killed.

As a handful of details began to emerge last week from the confidential talks between lawyers for the government and the Mau Mau veterans, the FCO said it acknowledged the need for debate about Britain's past, and added: "It is an enduring feature of our democracy that we are willing to learn from our history."

Up to 10 000 former prisoners may be in line for compensation, if the talks result in a settlement.

A trigger for more claims
The FCO knows that compensation payments to Mau Mau veterans are likely to trigger claims from other former colonies. Any such claims, if successful, would not only cost the British taxpayer many millions of pounds: they could result in testimony and the emergence of documentary evidence that would challenge long-cherished views of the manner in which Britain withdrew from its empire.

A group of former Eoka guerillas who were imprisoned and allegedly mistreated by the British in 1950s Cyprus are already considering bringing claims against the British government. The archives of the International Committee of the Red Cross show that its inspectors documented widespread use of torture in British prisons during that insurgency, with some individuals being water-boarded, with kerosene mixed into the water.

Historians and personal injury lawyers believe that strong claims could be made on behalf of individuals who were imprisoned during the 1960s insurgency in the colony of Aden, now part of Yemen. Papers from the time show that the abuses inflicted upon prisoners were carefully documented by British officers, and that senior colonial officials kept the FCO informed.

Documentary evidence could also support compensation claims from Swaziland in southern Africa and British Guiana, now Guyana. However, as a result of a number of rulings in the House of Lords, no damages claims arising from events prior to 1954 can be brought in the English courts.

Bloody conflict
During the process of decolonisation, the eight-year insurgency known as the Mau Mau uprising was possibly the most bloody conflict in which the British became embroiled, with up to 30 000 Kenyan deaths, both insurgent and loyalist.

Thousands of people – estimates vary from 80 000 to 300 000 – were detained in a network of camps that were described in one Pulitzer-winning history of the conflict as Britain's Gulag.

Official papers from the time confirm that prisoners suffered appalling abuses. Some died under torture, with colonial officials writing about prisoners being "roasted alive". In one of the few prosecutions brought against the torturers, in December 1954, a Nairobi judge, Arthur Cram, compared the methods employed to those of the Gestapo.

One of those who was abused was Hussein Onyango Obama, the grandfather of Barack Obama. According to his widow, British soldiers forced pins into his fingernails and buttocks and squeezed his testicles between metal rods. Two of the original five claimants who brought the test case against the British government were castrated.

It was not until the Kenyan government lifted the ban on Mau Mau in 2002 that survivors of the camps began to consider legal action. It was a further six years before they asked the high court in London for permission to sue the British government for damages.

Government lawyers argued that the claim should not be heard, initially arguing that under the legal principle of state succession, the Mau Mau veterans should be suing the Kenyan government and not the British.

Disclosure
A number of historians, called as expert witnesses in the case, realised that the government's disclosure of documentation was incomplete. This in turn led to the disclosure of the existence of the enormous secret archive at Hanslope Park in Buckinghamshire, a repository for more than 8 000 files from 37 former colonies.

Among them was a damning memo from the colony's attorney general, Eric Griffith-Jones, a man who had described the mistreatment of the detainees as "distressingly reminiscent of conditions in Nazi Germany or Communist Russia". Despite his misgivings, Griffith-Jones agreed to draft new legislation that sanctioned beatings, as long as abuse was kept secret. "If we are going to sin," he wrote, "we must sin quietly."

When the claimants gave evidence at the high court in London last year, Wambugu Wa Nyingi told how he was detained on Christmas Eve 1952 and held for nine years, much of the time in manacles. He was beaten unconscious during a particularly notorious massacre at a camp at Hola in which 11 men died. "I feel I was robbed of my youth and that I did not get to do the things I should have done as a young man," he said. "There is a saying in Kikuyu that old age lives off the years of youth but I have nothing to live off because my youth was taken from me."

Faced with the secret archive evidence and the expert witnesses, government lawyers conceded that the allegations made by Nyingi and the other claimant were true, but continued to oppose their attempt to bring their case, arguing that too much time had elapsed for there to be a fair trial.

That was rejected by the high court last October, with the judge ruling that a fair trial remained possible. "The documentation is voluminous," he said. "And the governments and military commanders seem to have been meticulous record keepers."

The FCO announced it would appeal a judgment that had "potentially significant and far-reaching legal implications", and a hearing was due to be held later this month.

The government also faced considerable international political pressure, with the United Nations' special rapporteur on torture, Juan Mendez, calling publicly on the government to "provide full redress to the victims, including fair and adequate compensation", and writing privately to UK Prime Minister David Cameron, along with two former special rapporteurs, to warn that the government's position was undermining its moral authority across the world. "In our view the response of the British government to vulnerable and elderly victims of [acknowledged] British torture is shameful," they wrote.

Last month the FCO told the claimants' lawyers, Leigh Day, that it wished to adjourn the appeal and start negotiating a settlement.

Claimants
In Nairobi, the Kenya Human Rights Commission compiled a list of around 50 000 people whose claims to be Mau Mau veterans were confirmed by a government committee. This list has since been divided them into five categories. George Morare, senior programme officer with the commission said that any compensation agreed would be paid only to members of one category: "Those who can show they suffered personal injury and grievous bodily harm, such as castration or rape."

Tom Mboya, a former political advisor to the British High Commission in Nairobi who now runs the Kenyan civil rights group Inuka, said: "Symbolically, a payout by the British government might provide further validation for the younger generation of the role the Mau Mau played in the struggle for independence in this country. Recent struggles often obstruct our ability to look at how far we have come as a country, and indeed, where we have come from. It is critically important that younger Kenyans understand this history."

Dan Leader, a partner with Leigh Day, said: "The parties are currently exploring the possibility of settling the claims brought by our clients. Clearly, given the on-going negotiations, we can't comment further."

An FCO spokesperson also said that it would be "inappropriate" to discuss the talks. In a prepared statement, however, the FO added: "We believe there should be a debate about the past. It is an enduring feature of our democracy that we are willing to learn from our history.

"We understand the pain and grievance felt by those, on all sides, who were involved in the divisive and bloody events of the Emergency period in Kenya. It is right that those who feel they have a case are free to take it to the courts.

"Our relationship with Kenya and its people has moved on and is characterised by close co-operation and partnership, building on the many positives from our shared history." – Guardian News and Media 2013

Kenya: How the ‘Chameleon’ Jomo Kenyatta did it

Letters to the editor: December 1 to 7

Britain to compensate for colonial-era torture

Thousands of Kenyans to sue Britain over Mau Mau treatment

Muthoni, the dread of the empire