To and from persecution: LGBTI refugees in Africa 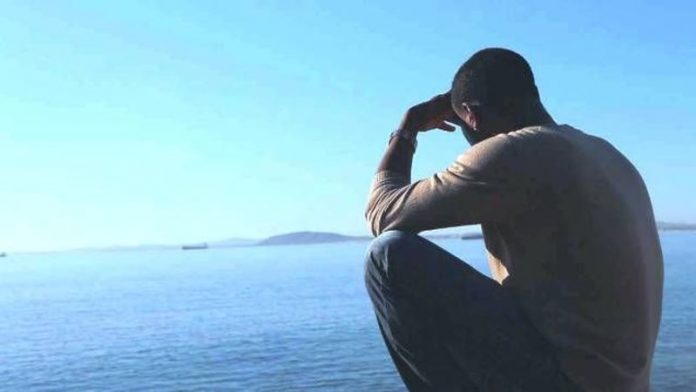 “And while the world has come a long way since first recognising asylum claims based on sexual orientation and gender identity in the 1980s, residual factors ranging from criminalisation to disbelief result in LGBTI people suffering at the hands of a variety of actors as they flee oppression and seek safety,” he said.

A new edition of the Forced Migration Review (FMR) released on April 29 highlights many of the remaining challenges for LGBTI migrants and asylum seekers.

According to UNHCR, targeting people based on real or perceived sexual orientation and gender identity for persecution, discrimination, and harassment can stem from the belief that they are encouraging unwanted or unnatural social change.

LGBTI people leave home for the same reasons as everyone else: to flee war, persecution, and oppression; to seek stability, education, employment, and freedom.

In situations of upheaval or conflict, sexual and gender minorities have become targets for scapegoating or “moral cleansing” campaigns, compounding the inherent vulnerability created by unrest, activists say.

LGBTI persecution
LGBTI people experience torture, violence, discrimination, and persecution in countries around the world, sometimes deliberately carried out by the state and often conducted with impunity.

Homosexual acts are punishable with the death penalty in five countries (Iran, Mauritania, Saudi Arabia, Sudan and Yemen), as well as some parts of Nigeria and Somalia, the International Lesbian and Gay Association, the oldest and only membership-based LGBTI organisation in the world, reported in 2012.

According to research by Human Rights Watch, gay Iranians are fleeing, frequently to Turkey, due to the state-sponsored persecution they face at home, while thousands of LGBTI people have sought international protection in Europe in recent years on the basis of their sexual orientation and gender identity.

And while few countries keep LGBTI-specific data, Norway and Belgium, which both track asylum decisions based on sexual orientation and gender identity, have shown a steady uptick in recent years.

During the same period in Norway they increased from 3-26.

But information about abuses against LGBTI people – called “Country of Origin Information” (COI) in the asylum process – can be scant in hostile countries, argued Christian Pangilinan, a Tanzania-based refugee lawyer cited in the Forced Migration Review (FMR).

For transgender people, COI can mislead agencies, such as in Iran where authorities “allow transsexual surgery as a forced method of preventing homosexuality rather than supporting trans identities,” according to a gender expert’s FMR chapter.

Crossing borders of geography and identity
The multiple document checks migrants might encounter can be particularly difficult for transgender or gender-variant people.

While international standards for travel documents officially recognise three genders – marked M, F, or X – only a handful of countries have incorporated the third category, meaning that high-security travel environments, such as airports or emergency residential camps, can threaten humiliation or exclusion to people whose gender identity or expression is different from what is indicated by their documents.

According to research by psychologists, some individuals may have had limited experience expressing or experiencing his or her deeply-felt sexual orientation or gender identity, and may outwardly appear very different than how he or she feels – to the extent of even being in a heterosexual relationship.

With the asylum process taking increasingly extended periods of time, some may start the migration or asylum process with one identity, and change over time, complicating the matter both personally and administratively and exposing the individual to further discrimination or ill-treatment.

Nonetheless, according to UN Office of Drugs and Crime guidelines, discriminatory attitudes regarding sexual orientation and gender identity can mean the credibility of LGBTI people is dismissed by authorities.

"That no one should be compelled to hide, change or renounce his or her identity in order to avoid persecution is a central tenet of refugee law, and this applies to sexual orientation and gender identity on equal footing with other claims,” UNHCR’s Türk told IRIN.

“There is no space for decision-makers determining refugee status to expect them to conceal who they are."

Safety and security
“There is harassment in the camp against us, sometimes beatings,” said Yoman Rai, a 19-year-old Bhutanese refugee living in a camp in Nepal.

“We have a protection unit and complaint mechanism, but we are still facing problems,” he said, adding that just last month a transgender woman was beaten by other people in the camp.

Security in refugee camps is complicated and contingent on numerous, unpredictable factors.

For members of the LGBTI community, vulnerabilities are exacerbated.

Sexual abuse is common, but often goes unreported because the right questions are not being asked, and because survivors of sexual violence are reluctant to report events that will “out” them to legal authorities. 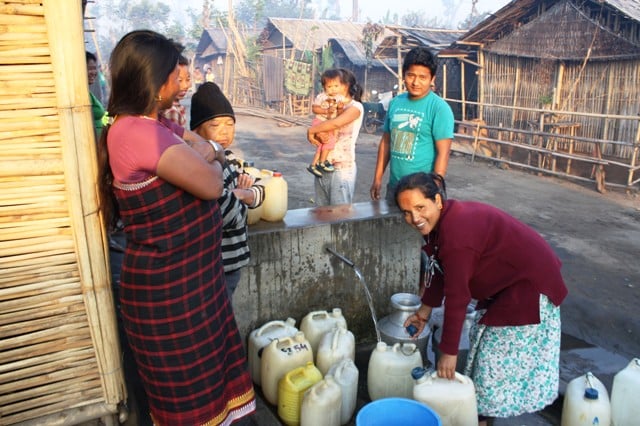 Life can be particularly difficult in a refugee camp (David Swanson, IRIN)

Life can be particularly difficult in a refugee camp Explained Rai: “Many Bhutanese are not `out’ to anyone except for the outreach workers because they still believe being LGBTI will put them in danger and negatively affect their resettlement process,” adding that the outreach educators’ network was operated by a Nepalese LGBTI rights NGO.

Access to male-female gender-segregated facilities, such as dormitories or bathrooms, can be perilous.

For LGBTI migrants who end up in urban areas, research has shown that cities can be unwelcoming and unfamiliar and access to basic social services limited by scant local resources, exclusion of foreigners, or limitations to access including finances, language, and cultural barriers.

“The single most threatening factor for these migrants is isolation,” said Neil Grungras, executive director of the Organisation for Refugee Asylum and Migration (ORAM), a leading advocacy group for refugees fleeing persecution due to sexual orientation or gender identity.

With UNHCR data showing the average major refugee situation lasting 17 years, these circumstances can impinge on a significant portion of an individual’s life.

Migrant populations are generally more at-risk for HIV due to disruption and displacement, and according to UNAIDS are often overlooked in host-country HIV policies.

“It is critical that refugee organisations identify what the best ways of offering protection are, such as providing access to safe shelter, requesting expedited resettlement, and, if possible, working with the police and refugee communities to address specific threats of violence,” said Duncan Breen, a senior associate in the refugee protection programme at Human Rights First.

On the programme level, agencies have begun to adjust to include considerations of sexual orientation and gender identity.

For example, the International Organisation for Migration (IOM) is implementing a “safe space” project for refugees at its four US Refugee Admissions Program Resettlement Support Centers.

Jennifer Rumbach, IOM resettlement support centre manager for South Asia, told IRIN the programme is designed to help LGBTI refugees at “every step along the way – whether during counselling, interviews, orientations, travel, or post-arrival … “Disclosing sexual orientation and gender identity overseas works to the refugees’ benefit because it ensures we can provide appropriate and respectful services, ask questions that are critical to their resettlement experience, and try to get them any special help they need while they wait to be resettled,” she explained.

But ORAM’s Grungras warned: “We have to be extra careful to talk with refugees and migrants on their own terms – to understand them as they understand themselves, and not label them as “LGBTI” just because it fits our programmes.

” In spite of challenges such as a dearth of respectful terms used in some languages referring to sexual and gender minorities, IOM’s programmes also attempt to engage with local terminology.

“While it's important for staff to understand sexual orientation and gender identity terms used by the international community, we make special efforts to use relevant and respectful local terminology in our signs, handouts and interview and counselling scripts,” said Rumbach.

Supporting and protecting LGBTI people as they migrate requires nuance, sensitivity, and an appreciation of evolving identities, legal frameworks, and programmatic potential. – IRIN