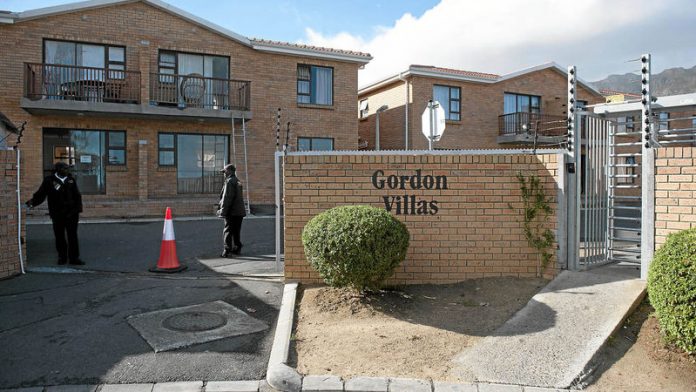 Suspended crime intelligence boss Richard Mdluli and the unit's chief financial officer, Solly Lazarus, allegedly used the division's secret service account as a piggy bank to splash out on trips to China and Mauritius, as well as to purchase furniture and air tickets.

The allegations are contained in a list of charges Lazarus faces in his internal police disciplinary hearing, following his suspension for misconduct in May last year.

The list of 12 charges emerged for the first time in an application filed at the Johannesburg Labour Court last week. The Police and Prisons Civil Rights Union (Popcru), on Lazarus's behalf, launched an urgent application in the Labour Court in a bid to delay his disciplinary hearing, which is due to resume on Monday.

The matter was struck off the roll on Wednesday due to a lack of urgency. The charge sheet, however, sheds new light on the scale of the alleged abuse of the secret service account under Lazarus's watch.

The account is a covert fund used to finance undercover crime ­intelligence operations. Both Mdluli and Lazarus were suspended from crime intelligence in 2011 after allegations of fraud and corruption linked to the secret fund. Their suspensions were briefly lifted before they were reinstated a year ago.

Charge sheet
One of the claims in the charge sheet illustrates how far Lazarus and Mdluli were allegedly prepared to go to profit from the secret account and cover their tracks.

Lazarus is accused of signing off on monthly rental instalments of R8 500 from the secret account to pay for one of Mdluli's private homes in Gordon's Bay in the Western Cape.

The charge sheet alleges that starting on February 1 2010, "Mdluli leased his private dwelling to crime intelligence, under the guise that the house was to be used for intelligence-related purposes. The lease was concluded between crime intelligence and a Mr Appelsami of Daez Trading CC [as Mdluli's agent in order to conceal his interest therein]."

Lazarus is accused of playing "an active and material part" in ­having the lease amount paid to Daez Trading and "ultimately to ­general Mdluli from the secret service account".

Other claims against Lazarus include that:

Allegations have previously surfaced that Mdluli rapidly promoted Ximba from constable to colonel after his appointment in 2009 to head of crime intelligence.

The charge sheet also illustrates the reach of officials who benefited from the secret account. One of the charges concerns the former head of the police human resources unit, divisional commissioner Manoko Nchwe, who received an Audi Q5 on Lazarus's instructions.

Nchwe resigned in June last year before she was suspended in the wake of the Audi allegations. In the charge sheet, it is alleged that the Audi, which cost R55 7079, was paid for from the secret service account and given to Nchwe for her private use in July 2010.

Shopping spree
In December 2011, fraud charges were controversially withdrawn against Mdluli, but Lazarus is still in the hot seat. He faces charges of fraud, theft and corruption in the Pretoria Magistrate's Court, alongside the division's former head of procurement, Colonel Hein Barnard.

The two are accused of going on a five-year shopping spree for vehicles, allegedly at the taxpayer's expense.

The Labour Court papers also indicate that Lazarus and Mdluli are still receiving their monthly salaries pending the outcome of their internal disciplinary hearings.

Mdluli's matter appears to have been indefinitely suspended, while Lazarus's internal hearing is expected to be finalised by June, despite the court applications.

Wednesday's application followed an initial application lodged on April 26, in which Popcru contested the appointments of the chairperson, the investigator and the police's legal counsel involved in Lazarus's internal disciplinary inquiry.

Popcru asked the court to "indefinitely" suspend the inquiry pending the finalisation of the court review of the appointments.

Through Popcru, Lazarus has also launched another application in the North Gauteng High Court, seeking a review of a police decision in October last year to reject his request for state assistance in paying for his legal fees.

Mdluli found guilty – but only for kidnapping, assault

Jiba and Mrwebi fired — ‘You lied to me’ says Ramaphosa