Print your own gun: The flip side of 3D printers 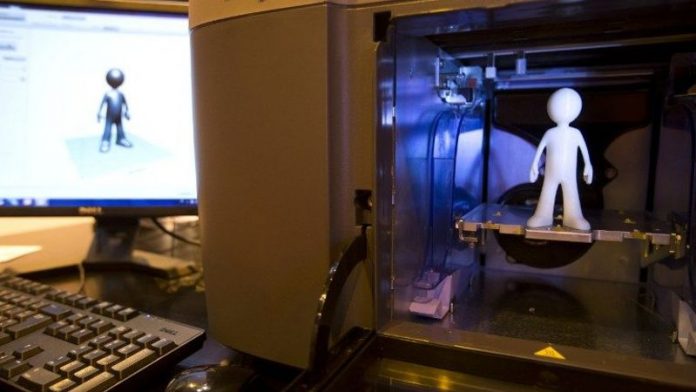 It sounds like a Bond villain's idle fantasy. An enchanted machine that can produce any instrument of criminality you can think of: weapons, money, illicit keys, magical pills.

Three-dimensional printers, as it happens, may soon be able to produce all this – if they aren't doing so already. We've argued that these machines could have significant economic and social benefits. But as with all human creations, they will also have a dark side. The critical thing for government, as it contemplates the dangers of this new era, is to avoid overreacting in ways that end up impeding innovation and unleashing unintended consequences.

Firearms, naturally, are among the first problematic 3D printed devices Americans have turned to. A group called Defence Distributed last week published the schematics for a printable plastic gun. As such technology improves, it could render many of the gun-control measures the US Congress has been debating moot – not to mention metal detectors. A 3D printed drone, inevitably, materialised last year; imagine the possibilities of combining these lively inventions.

Cash, keys
Then there's money. Authorities suspect that thieves are already using 3D printed "skimmers" to steal information from ATM cards. Although the US Secret Service says it isn't aware of currency counterfeiters making widespread use of 3D technology yet, the concept doesn't seem far-fetched: These machines can print with great precision, will be able to mix materials, and typically aren't equipped with the anti-counterfeiting technology used in some consumer scanning products.

Printing simple keys has already created havoc. In 2009, a German hacker, going by the name of Ray, used a 3D printer to fabricate a plastic key to the handcuffs used by Dutch police. He created the copy using only a photograph of an actual key. Last year, Ray demonstrated how to open even high-security handcuffs. The ability to copy keys isn't new but, as with many of these dangers, 3D printing will make it a lot easier. Just think of all the things – houses, cars, offices – we still use keys to open.

It gets a bit scarier. Professor Lee Cronin, at the University of Glasgow, has been experimenting with something he calls "reactionware", which he hopes will allow people to print their own medication at home. A 3D printer shoots a sequence of chemical agents into special gel chambers that create a controlled reaction. Cronin says that before long, consumers should be able to download a "recipe" from a drug company – for, say, ibuprofen – that they could then print out at home. This holds great promise for patients, drug researchers and developing countries in need of medicines. It could also lead to a parade of horribles unless carefully monitored.

We don't mean to be alarmist: Some of the problems identified here may never materialise. Others will, and have no obvious remedy. So how do we prepare ourselves?

Professor Jonathan Zittrain of Harvard University offers one compelling suggestion: require that all 3D printers be connected to the internet to function, then make them check with a list of prohibited items online before printing a new object. This sounds promising, and in theory could be used to prevent intellectual-property infringements as well. But Zittrain admits it might not be a good idea. The brief, troubled history of digital-rights management suggests that for every problem such an innovation may solve, three more are created. And 3D printing technology is spreading so rapidly that enforcing such a system seems unrealistic.

Getting clever
A better solution might be to respond to each challenge as it arises – recognising that 3D printing technology, in itself, isn't the problem, and that most legislation will probably fail to keep pace with innovation.

Take that plastic gun, for instance. The US state department has demanded that Defence Distributed take down its 3D gun files because they were possibly in violation of export-control laws. The group complied, but good luck stopping the 100 000 people around the world who have already downloaded the file from posting it elsewhere. An alternative, as professor Hod Lipson of Cornell University suggests, would be to move away from a security regime of trying to detect firearms and toward one that monitors gunpowder. As chemical-sensing technologies improve, and as guns are increasingly constructed in esoteric shapes and new materials, detecting gunpowder may prove to be a more realistic security measure than hoping to outlaw endless permutations of gun designs.

A prudent response to the key hacker, meanwhile, might be to hasten the adoption of biometric and other high-tech security features, a beneficial evolution in its own right, rather than trying to outlaw mischievous inventions such as Ray's as they pop up.

Likewise when it comes to drugs. Pharmaceutical companies could be prevailed upon to make their "recipes" harder to abuse, for instance by offering medication that can relieve pain but block opioid effects when taken in larger-than-prescribed quantities. And as specialised printers for medication become more widespread, programming them to self-regulate against misuse will have to be a priority.

In short, we suspect the best response to the challenges 3D printing poses will be increased creativity and flexibility: Rather than attempting to legislate a solution to every danger, we should work to out-innovate the malefactors. Will people still find ways to abuse this technology? Undoubtedly. But if there's a pertinent lesson from James Bond's long career, it's that cleverness is typically more effective than brute force in fighting evil. – Bloomberg

Engineering students are best prepared for the shift in gear, but they will need to learn to change lanes
Read more
Coronavirus