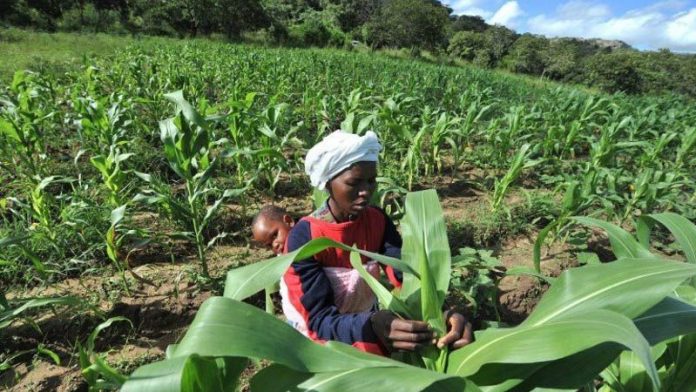 Earlier this week President Michael Sata tore up his own populist political playbook, stamped on it and set it on fire by announcing weighty maize subsidies will be scrapped.

Reversing a policy he introduced on coming to power in 2011, Sata said stopping government subsidies for the staple food would lead to "real economic and well distributed growth".

It would also save the government much-needed cash.

But in reaching for fiscal probity, Sata has effectively grabbed the third rail of developing world politics with both hands.

Famously, a 1977 decision to scaleback bread subsidies in Egypt prompted riots that killed nearly 80 people. The army was deployed to restore order and the policy was quickly rolled back.

Zambia itself saw serious food riots in 1990, which helped push the government from power.

The backlash this time round has been prompt, but, for the moment, nonviolent.

Thirty-four-year-old Mooya Chilala, an unemployed father of two, said there is only one response to the move: Zambians must vote Sata out of power.

"I have many dependents and with this increase all I can ask my fellow Zambians is to remove this government from power," said Chilala.

Economic and social shocks
In Lusaka supermarkets a bag of mealie meal – a coarse cornflour that is a local staple – currently costs around 50 US cents a kilo.

In a country with high unemployment, 60% of people living in poverty and the average income at $3.45 a day, any significant increase will cause economic and social shocks.

Sata's political opponents have been quick to seize on public anger.

A coalition of civil society groups on Thursday demanded the government reverse its decision.

"The government is failing to respond to the needs of its people," he told Agence France-Presse.

"Food is made unaffordable and inaccessible to its citizens," he said. "What kind of socialists are these who have left the poor to suffer," he added.

The UNIP has good reason to press the point.

The 1990 riots ultimately forced the then Unip government to adopt democratic reforms, which led to its ouster at elections a year later.

Economists' concerns
Economists are concerned that the move will stoke inflation which is already running at 6.5%, and is on path to breech a seven percent upper target.

"With the increase in fuel prices, everything else will go up and there is no way we shall meet the set targets," said Maambo Hamaundu, an independent economist, referring to the recent removal of fuel subsidies as well.

"In the 2013 budget, there was no indication of such a move, we are wondering why the rush to remove the subsidies. Where is the pressure coming from?" Hamaundu added.

But price rises may not be inevitable, thanks to the fact that the government subsidies went directly to millers.

According to a 2012 study by the Indaba Agricultural Policy Research Institute, millers were not passing on their savings of around $340 per tonne from the subsidies to customers but instead pocketing additional profits.

Sata's spokesperson George Chella on Wednesday said the maize subsidies "only benefit the already well to do middlemen and not the targeted vulnerable groups of our society".

He vowed the government would instead channel resources "to the very poor" and called on "all well-meaning Zambians need to look at days beyond today and tomorrow".

The government has not detailed how it plans to target support to the needy, however. – AFP