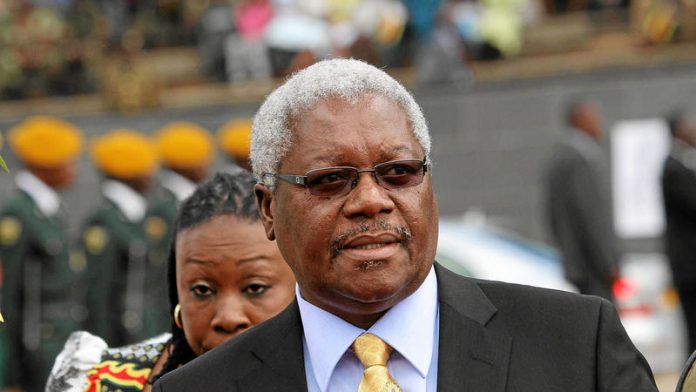 Local Government, Rural and Urban Development Minister Ignatius Chombo has been drawn into a land scandal after it has emerged he may have parcelled a peri-urban farm allocated to his ministry to his personal lawyer, Wilson Manase, who is leasing it to another party.

A source at the ministry of lands told the Mail & Guardian that the farm was initially gazetted for compulsory acquisition by the state, and subsequently a South African firm owning the land had to vacate it. The farm was later handed to Chombo's ministry, but it was not immediately clear why or what the ministry was supposed to do with it.

Local government experts and sources close to the lands ministry told the M&G that the farm in question, located on Seke Road outside the capital, was supposed to have been handed to the Harare City Council for peri-urban development. They said the farm should never have been given to Chombo's ministry because it is not a local planning authority.

Asked for information about what it is earmarked for, permanent secretary in the ministry of lands, Sophia Tsvaki said she would need more time to supply that information, but had not done so by the time of going to print. But now the farm is being administered by Chombo's lawyer, Manase, who is leasing part of the farm to a commercial farmer, despite the fact that Zanu-PF has criticised such arrangements. Chombo is also the Zanu-PF secretary for lands.

William Swan, a commercial farmer who is running Koala Meats abattoir on the farm, this week confirmed that he has been leasing the farm from Manase since last year.

"I signed a 10-year lease with Mr Manase in September last year. I don't have any problems, I have a good relationship with Mr Manase," said Swan. "The farm used to be owned by a South African company and I notified them about the new arrangement. I understand the farm was handed to the ministry of local government by the ministry of lands."

Investment
Swan declined to say how much he was paying Manase in rent, but he did say that Manase had invested $3-million on part of the property for the establishment of a plant for a company that the legal practitioner is running.

Efforts to get comment from Manase were unsuccessful. A sales manager at Hume Pipe Company, who identified herself as Shilla Madondo, said: "Mr [Wilson] Manase is always in meetings and his son [Taremeredzwa] is on study leave. "But we will be moving to Koala when everything has been completed. We will be operating side by side with the abattoir – they won't move. As for rentals, I don't know about that, phone next week."

Manase was recently involved in the high-profile Chombo divorce. During the divorce proceedings, local media reported on Chombo's estranged wife Marian's claims that he was the owner of more than 100 residential houses in various cities and towns in the country, and that she wanted the court to share the properties equally between the two of them.

She later retracted the claims and the couple settled the matter. Chombo promised to come back with comment, but did not do so and he could not be contacted at the time of going to press.

In an interview, Zanu-PF secretary of information and publicity Rugare Gumbo said he was not aware of the land deal, but hastened to say that if it did indeed exist the arrangement was illegal.

"It is not in line with the party's policy or the national interest. So anyone who leases a farm he or she is given would be punished," said Gumbo. He declined to say what that "punishment" would be.

In the past, President Robert Mugabe has threatened that the ­government would repossess farms that were being leased out by beneficiaries of the land reform exercise.

'Grand scandal'
The M&G understands from sources at the ministry of lands that South African firm Grinaker-LTA was the previous owner of the farm. However, the company did not respond to email inquiries about whether this was true, or about the circumstances under which it had vacated the farm.

Dumba, who is also the president of the Elected Councillors Association of Zimbabwe and is eyeing the Harare mayoral seat in the forthcoming polls on an MDC ticket, said the land in question was supposed to have been handed to the council, with only 10% being left to Chombo's ministry for purposes of building government service buildings such as police stations, schools and clinics.

"The ministry of local government has turned itself into a planning authority, and we have files and files from municipalities complaining about that. Such activities are happening in all cities – Gweru and Kwekwe, among others.

"Right now the ministry is dishing out stands in Pomona [an up-market suburb in Harare]. It's a grand scandal," said Dumba.