Luaty da Silva Beirão is prepared to take the rap 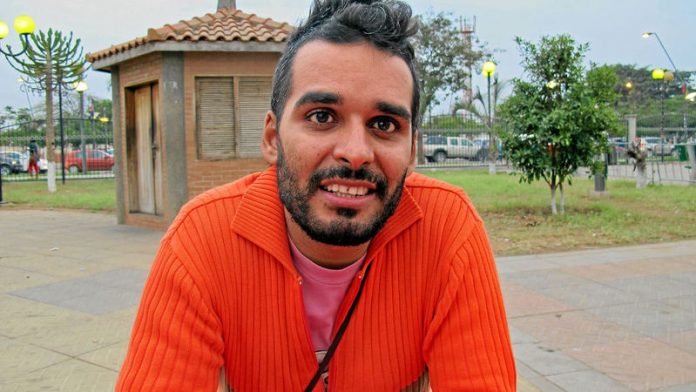 Angolan rapper Luaty da Silva Beirão, who performs under a number of different stage names, including Ikon­oklasta, Brigadeiro Matrafrakuxz and Nkwa Kobanza, is, by his own admission, not easy to define.

“If you had to call me something, I suppose ‘activist’ would be one word you could use, but I’d rather be known as ‘someone who is active’ in terms of fighting for social justice and people’s rights,” he said.

As articulate as he is outspoken, Beirão has become an important voice in Angola, calling for better distribution of the country’s oil wealth and an end to corruption and political intimidation.

Through music, blogs and street protests, he has challenged not just the ruling MPLA party and the authorities, but also weaknesses among civil society groups and opposition parties, as well as the attitudes of the population at large.

He said: “This country is being run by a mob and a mafia. By being silent people are being complicit and they are contributing to the injustices.

“Everyone knows things aren’t right, but the people are too scared for their own jobs and families to stand up to what is happening. It’s like a spider’s web of fear and patronage, and it’s so thick that people are trapped. We need to cut those strings so we can renew this country and start again.”

de facto
The 31-year-old speaks from the heart. He was born into a respected MPLA family and, like most of the children of the elite, he enjoyed a comfortable upbringing, shielded from the war, living between Angola and Portugal and studying in France and England.

“It was while I was abroad that I started having this terrible guilt about how my education had been paid for and who had suffered for that.

“We, the elite in Angola, tend to create clouds in our heads because we don’t want to think about things. But I did start to think about it, and I decided that I would go back to Angola and give back to my country what my education and time away had given me.”

Beirão didn’t take a job in government, or use his engineering degree and three languages to join an oil company, like most of his overseas-educated peers.

Instead he has become the de facto (though not officially appointed – he hates rules) leader of an organic group of young people who have been staging anti-government street protests. They are calling for, among other things, the resignation of Angola’s long-serving president, José Eduardo dos Santos.

Though small in size, these demonstrations are largely unprecedented in Angola, where few dare to criticise or challenge for fear of social or economic repercussions in a country where the media is tightly controlled and heavily pro-government.

Those fears are not wholly unfounded. Members of Angola’s opposition parties are locked out of public sector jobs and their children out of universities, while active MPLA membership brings many community benefits and opportunities.

Threats
Although freedom of assembly is enshrined in Angola’s 2010 Constitution, most of the youths’ demonstrations have ended in arrests, and many in violence. It is perpetuated, Beirão says, by undercover groups who are sent in by the police to deliberately attack him and his friends.

A large scar along his hairline is a lasting reminder of when his skull was cracked open by an iron rod last year. Other members of the group – which calls itself Central7311, after its first protest in March 2011 – have had teeth knocked out or have suffered broken bones, and many have had their houses raided and their family members threatened.

“They have tried to stop us every way they can,” Beirão told the Mail & Guardian, recalling his arrest in Portugal after 1.7kg of cocaine was found in his luggage after a flight from Luanda. He was subsequently released without being charged.

“The threats are getting heavy; we can feel the weight on our shoulders,  but there is no turning back now.”

He added: “We are already known as troublemakers. We will never be able to operate normally in this society. We must finish what we have started.”

What have they started? What is their aim? Beirão isn’t totally sure.

“It’s hard to say,” he said. “From the beginning, our goal was to remove Dos Santos, but we’ve since realised that is not a very complete goal. What about after he leaves power? Will our job be done?

Scrutinising politicians
“I think we have realised now that that is just the first step. What we need is a stronger civil society which can scrutinise politicians to make sure they work for the people, not just the power.”

Why doesn’t he join a political party and take this fight to the ballot box?

“Well, that wouldn’t make me much of an activist, it would just make me a politician,” he replied.

“I don’t believe in political parties,  where people very often are chasing power and wanting to force their own visions on to others, I believe in civil society.

“People in Angola and Africa in general need to realise the power they have and how they can actually influence politicians to do what we the people want.”

He shakes off the criticism that he is just a rich kid playing at politics in order to sell rap records and is frustrated that the government – and even his social circle – attack him for damaging Angola’s image.

Image has become so important for Angolans and Africa in general, he said, that often the truth is obscured to fit the desired picture.