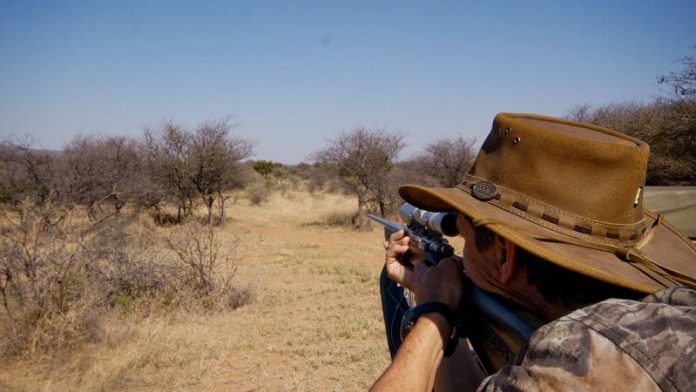 Molewa said the country is the third most diverse in the world. This was a big call card. Hunting, along its entire value chain, earns R6.2-billion a year. Bioprospecting, where goods are created from new natural resources like plants, earns a further R2.1-billion a year.

She said her department of environmental affairs would therefore support both sectors. "We will promote South Africa as the destination of choice for hunting, and as one of the most resource-rich country to contribute to bio-prospecting," she said.

The speech follows a day after Avaaz took Airports Company South Africa to court. The international rights organisation put posters up in OR Tambo international airport to argue for the banning of the trade. These depicted a gun being held to the head of a lion, with President Jacob Zuma in the background. The airport took them down after nine days, which prompted Avaaz to take them to court. The case is awaiting judgment.

The bones are legal to trade and a complete carcass can fetch upwards of R80 000. The destination market is normally eastern Asia, where they are thought to have medicinal properties.

Molewa's department has also advocated the legalisation of the trade in rhino horn. This would allow the trade to be monitored, and create extra money for the conservation of rhino, her department argued.

A decision will only be taken near the end of the decade, but in her vote Molewa said, "South Africa will recommend that this happen under very strictly controlled conditions."

Over 360 rhinos poached
In the meantime, more than 360 rhinos have been poached this year already, mainly in the Kruger National Park. Last year 668 were killed. Molewa lauded the courts for meting out severe punishments to poachers, but said more had to be done.

"The scourge of rhino poaching cannot be dealt with, without considering the worldwide increase in trans-boundary wildlife crimes," she said. In the last year, she has signed agreements with countries like Vietnam to work together to lower the demand for rhino horn, and to better catch smugglers.

South Africa National Parks would get R75-million in the next year for anti-poaching operations, she said.

Her vote also talked up the value of biodiversity. The South African National Biodiversity Institute was doing work to put a value on all the natural resources in the country. This would allow decisions about future development to be put against the true value of nature, she said.

"Our challenge as a nation, which is a developing state, is to find a healthy balance between the three pillars:  economic growth, social development and environmental sustainability."

Her department also processed double the amount of environmental impact assessments than they normally did, she said. This has often been a criticism of the department, with developers saying the licence backlog was halting development. In some cases it has seen development go-ahead before a licence, with companies including the cost of the fine for doing this in their budget.

Rehabilitating 105 wetlands
The department's public works programmes, such as the working on fire and working for water campaigns, would get R2.39-billion next year. This will rehabilitate 105 wetlands and clean 2 100km of coastline, while creating 34 000 full-time jobs, she said.

The Green Scorpions were also extending its reach, and were now working at the municipal level. Forty-eight inspectors were already working at this level, and the number was going to increase "considerably" in the coming months, she said.

With a zero-emission "green car" parked outside Parliament while she talked, Molewa said her department had taken the lead this year in pioneering the technology. "The department had to demonstrate government commitment to the reduction of carbon emissions that are chiefly responsible for climate change," she said.