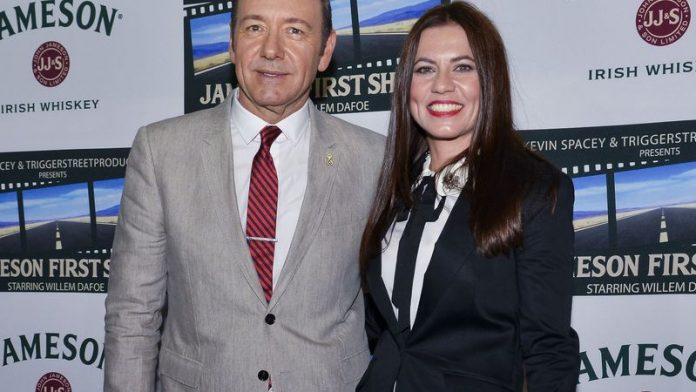 The competition, now in its second year, aims to discover talented film writers and directors from South Africa, Russia and the United States.

Schutte, a 37-year-old filmmaker from Johannesburg, was named one of three winners.

Schutte received the opportunity to fly to Los Angeles to shoot her short film and direct Willem Dafoe in the leading role, all with the backing of award-winning production company Trigger Street Productions.

Her film tells the story of a hypochondriac ex-ping pong player who never got over missing a major tournament final because of a cold.

Creative director of the competition and star of last year’s winning films Kevin Spacey said: "It was a risk for Willem to agree to star in three films before we even had any scripts, but I think his gamble has paid off. We have given another three people the opportunity of a lifetime and produced another three incredible films as a result of the Jameson First Shot competition."

He added: "Last year was an unforgettable experience for me and being on board as creative director this year has allowed me to still be a part of the truly unique opportunity we’re offering to these filmmakers of the future. I’m looking forward to seeing the public reaction when we release the films on Jameson’s YouTube channel and also to the third year of the competition when we’ll have another incredible A-list star for our young, talented filmmakers to direct."

About her win, Schutte said: "Jameson First Shot has been the most incredible experience. Willem was such an amazing person to work with; he was incredibly easy to direct and always open to suggestions when we were on set. It’s been an exhilarating, inspiring, exhausting, life-changing experience, but it is without a doubt something that I will always, always remember and I want to thank Jameson and Trigger Street for giving me this opportunity."

"Last year's films got millions of views when they were released on YouTube, so naturally I’m hoping for a similar reaction to my film this year," she added.

2012 South African winner Allan Shelley said the competition has helped build his confidence as a writer and filmmaker.

“Having left my teaching job, I just felt I needed to do something bold. I dragged my feet for a bit but eventually I just decided to go for it. This competition has built my confidence. An accolade this big makes people stop and notice you now. They are more willing to give you opportunities," he said.