Iraq hit by worst violence since 2008 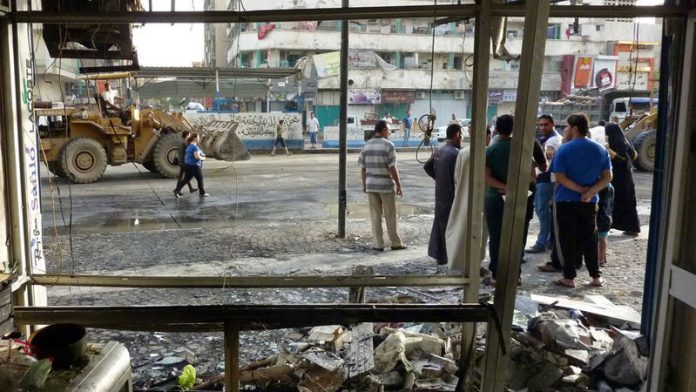 Iraqi authorities have failed to bring the wave of unrest under control, and have so far not addressed the underlying political issues that analysts say are driving the attacks, while the UN envoy has warned that the violence is "ready to explode".

Figures for the May death toll ranged from more than 600, according to government figures, to more than 1 000, based on UN figures.

Either figure would make the violence the deadliest since 2008.

Agence France-Presse figures, based on information from security and medical sources, indicated that 614 people were killed and 1 550 wounded, while data from Iraq's government ministries put the toll at 681 dead and 1 097 wounded.

The UN gave a significantly higher toll of 1 045 people killed and 2 397 wounded.

The figures were released ahead of a meeting of leading politicians including Prime Minister Nuri al-Maliki and several of his key rivals planned for Saturday afternoon.

The long-mooted meeting is aimed at resolving a wide variety of disputes between the country's political blocs, some of which have persisted for several years. Analysts often link political instability to increases in attacks.

'Ready to explode'
UN envoy Martin Kobler warned on Thursday that "systemic violence is ready to explode at any moment" if Iraqi leaders do not resolve their disagreements.

While violence has mainly targeted the government and members of Iraq's Shiite majority in the past, unrest in May was more wide-ranging, with major attacks that hit Sunnis as well.

Attacks killed Iraqis during all aspects of daily life.

Bombings cut down worshippers in mosques, shoppers in markets and people mourning those killed in attacks. One Baghdad car bomb even tore through a group of people cheering a bride ahead of her wedding.

Although violence in Iraq has fallen from its peak at the height of the sectarian conflict in 2006 and 2007, when monthly death toll repeatedly topped 1 000, the numbers have begun to rise again.

The country has seen a heightened level of violence since the beginning of the year, coinciding with rising discontent in the Sunni Arab minority that erupted into protests in late December.

Members of the minority, which ruled the country from its establishment after World War I until Saddam Hussein's overthrow by US-led forces in 2003, accuse the Shiite-led government of marginalising and targeting their community.

Placating protesters
​Analysts say government policies that have disenfranchised Sunnis have given militant groups in Iraq both fuel and room to manoeuvre among the disillusioned community.

The government has made some concessions aimed at placating protesters and Sunnis in general, such as freeing prisoners and raising the salaries of Sunni anti-Qaeda fighters, but underlying issues have yet to be addressed.

Both analysts and officials say that dealing with underlying political issues, including Sunni grievances and disputes over issues ranging from control of territory to power-sharing, is key to curbing the violence.

But Iraqi authorities are approaching the unrest as a security issue alone, and have failed to address its root causes.

So far, Baghdad's response has largely been limited to actions by security forces, a shakeup of senior officers, and announcing a series of vague new measures related to security. – AFP

Women in Iraq yet to regain their place