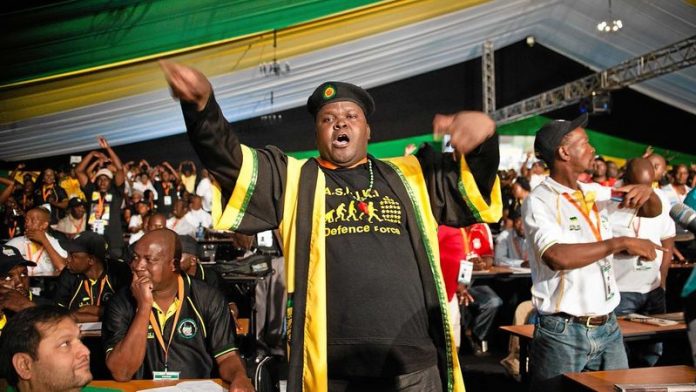 ANC members across the country who did not support President Jacob Zuma's re-election at the Mangaung conference last year claim they are quietly being purged from party structures.

This is despite Zuma's assurances after his election that those who were defeated would not be marginalised for the sake of unity.

Those in the anti-Zuma camp who are lucky enough still to be in their positions said it was only a matter of time before they, too, were removed.

Others in the alliance cited the investigation into trade union federation Cosatu's Zwelinzima Vavi as an example of how far Zuma supporters were prepared to go to deal with those who did not support his re-election. However, some of Zuma's supporters believe that the purge was necessary as this would ensure that the ANC would go into next year's elections united.

Free State
Free State Premier Ace Magashule has been accused of being behind a string of suspensions and dismissals of those who did not support his and Zuma's re-election.

Mpho Ramakatsa, one of the respondents who took the provincial ANC to court over irregularities, has compiled a list of leaders who have been purged by Magashule. Ramakatsa said in the past few months more than 40 people in four Free State regions had either been suspended or dismissed by Magashule for various offences.

"These people have been told to ask for forgiveness from Magashule before they can be given their jobs back but the majority of them have refused," said Ramakatsa.

"There is a conscious effort to purge those who were not sharing the same views as pro-Zuma supporters during the campaign for Mangaung," said Ramakatsa.

"The strategy is not only to purge but to entrench forces which are seen to be supporting the president. Magashule is a Zuma man and he is purging and sidelining individuals who are not in favour of the status quo."

Magashule was re-elected provincial chairperson in May after the Constitutional Court ordered a rerun of last year's provincial conference.

Gauteng
Although most ANC branches in Gauteng appear to be in good standing, some Zuma supporters – particularly the South African Communist Party – want the current provincial executive committee led by Arts and Culture Minister Paul Mashatile to be disbanded before its term expired. Mashatile and provincial secretary David Makhura have been leading the campaign for Deputy President Kgalema Motlanthe to replace Zuma. National leaders in the ANC are reported to be planning to make direct contact with voters because they cannot rely on the party's local executives.

Limpopo
Limpopo spearheaded the anti-Zuma campaign and now appears to be the most affected province. With embattled premier Cassel Mathale stripped of his political powers as ANC chairperson after his provincial executive committee was disbanded two months ago, the ANC's provincial task team has also disbanded regional structures headed by Mathale's allies. David Magabe in Sekhukhune, Joshua Matlou in Mopani and Lawrence Mapoulo in Peter Mokaba could also lose their positions as mayors, according to ANC insiders.

The anti-Zuma faction insists that the disbanded regions were stable, but leaders of the provincial task team said an investigation had revealed allegations of mismanagement of party affairs and institutionalised factions. The disbanded structures were reportedly accused of running parallel structures and preventing members from participating in processes before the ANC national conference in Mangaung.

North West
In North West, senior leaders who campaigned for the removal of Zuma, provincial secretary Kabelo Mataboge, deputy provincial chairperson China Dodovu and youth league chairperson Papiki Baboile have been suspended, but for different reasons. Mataboge was found guilty by the party's national disciplinary committee of prejudicing the integrity and reputation of the ANC by impeding its activities and undermining its effectiveness as an organisation. Dodovu and Baboile are out on bail after they were arrested for their alleged involvement in the murder of Kenneth Kaunda regional secretary Obuti Chika in December last year.

Their supporters believe the case against the two leaders was politically motivated and that they would be proven innocent. Meanwhile, moves to disband the youth league were said to be under way.

Mpumalanga
Premier David Mabuza, who is also the ANC chairperson, has been accused of removing those who have been plotting his political demise. Mabuza is a close ally of Zuma and led a powerful campaign in the province for his re-election in Mangaung.

Former executive mayor of the Gert Sibande District, Kgotso Motloung, lost his position. Two years ago, Motloung defied Mabuza's instructions not to back Malema for re-election at the league's conference in Midrand. He is now out in the cold and is said to be fighting to get back his job through legal channels.

A senior youth league leader said: "The purge is happening. Our dissolution is inevitable. The ANC in the province took a decision not to recognise us because they are not prepared to work with Malema's cohorts. We will be disbanded because of our posture when we spoke about the issues of leadership change and our support for Malema."

Northern Cape
There are some within the Zuma camp who are pushing for the ANC's integrity commission to investigate the embattled John Block – the party's provincial chairperson, who is facing fraud and corruption charges.

He survived this week's reshuffle by new premier Sylvia Lucas and remains in the provincial cabinet, but ANC sources said the fact the state is pursuing a criminal case against him indicates that Zuma has not forgiven him for campaigning against him before Mangaung. The sources said that similar fraud and corruption cases against senior government officials, KwaZulu-Natal's MEC for economic affairs Mike Mabuyakhulu and legislature speaker Peggy Nkonyeni were withdrawn, while Block's case continues.

KwaZulu-Natal
A task team appointed by Malema to run the league in the province has quietly disappeared after allegedly being marginalised by the pro-Zuma provincial leadership. It is understood the provincial leadership is now working with an interim youth league. The new ANC chairperson Senzo Mchunu indicated soon after he was elected that he wanted to build a stronger league that would address the needs of young people.

Eastern Cape
The infighting in a number of regions – in particular Chris Hani and Nelson Mandela Bay – continues between those who supported Zuma and Motlanthe, leading to interventions in recent weeks by ANC deputy president Cyril Ramaphosa, secretary general Gwede Mantashe and national chair Baleka Mbete.

In March, the ANC regional chairperson Nceba Faku was forced to resign after a bitter feud with former mayor Zanoxolo Wayile.

Faku supported leadership change in Mangaung but has been at loggerheads with Wayile for control of the region and council. Days after Faku resigned, the ANC's national top six gave Wayile his marching orders.

The crisis in the Chris Hani region was caused by the regional executive committee's dismissal of Lukhanji mayor Mncedisi Nontsele earlier this year. Four senior ANC councillors were replaced with four new mayoral committee members. The group was held responsible for sowing divisions in the ANC-led council.

ANC spokesperson Jackson Mthembu defended the party's decisions, saying it was following conference resolutions to deal with infighting and ill-discipline in Limpopo, North West, Western Cape and the youth league.

"This has got nothing to do with any person's choice in the run-up to Mangaung. These are not purges. We are merely following resolutions taken at the conference to strengthen the organisation and do away with those who are ill-disciplined."