Ed Snowden: The geek who blew Prism to pieces 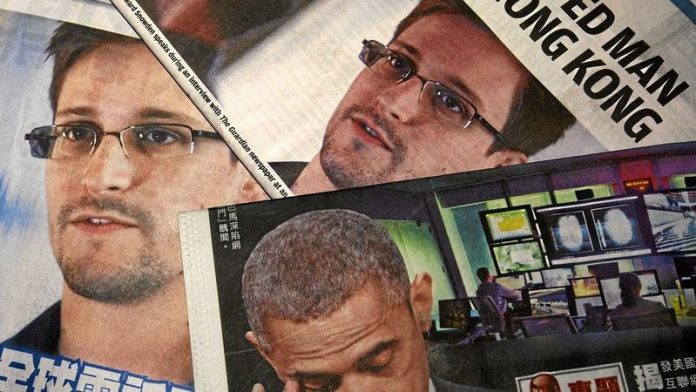 Pulling a small black suitcase and carrying a selection of laptop bags over his shoulders, Ed Snowden would have attracted little attention as he arrived at Hong Kong International Airport just more than three weeks ago.

But Snowden was not your average tourist or businessman: he was carrying four computers that enabled him to gain access to some of the United States government's most highly classified secrets.

Today, he is the world's most famous spy, whistle-blower and fugitive, responsible for the biggest intelligence breach in recent US history. News organisations around the globe have described him as America's most wanted. Members of Congress have denounced him as a defector whose actions amount to treason, and have demanded that he be punished to the fullest extent of the law.

His supporters argue that his actions have opened up a much-needed debate on the balance between security and privacy in the modern world.

So, is he a whistle-blower or a traitor?

Snowden (29) flew to Hong Kong from Hawaii, where he had been working for defence contractor Booz Allen Hamilton at the National Security Agency (NSA), the biggest spy surveillance organisation in the world.

Since Monday morning, he has been underground. Hong Kong-based journalists, joined by arriving international ones, have been hunting for him around the city. At the height of the search, reporters recruited Twitter followers to see if they could identify the lighting and hotel furnishings from the video in which he went public. They could: it was the $330-a-night Mira hotel, on Nathan Road, the main shopping drag in Kowloon.

Extradition proceedings
Knowing it was only a matter of time before he was found, Snowden checked out at lunchtime on Monday. It is thought he is now in a safe house.

What happens now? The US is on the verge of pressing criminal charges against him that would lead to extradition proceedings, with a view to bringing him back to the US for trial and, eventually, jail.

If America is planning to jail for life Bradley Manning, who was behind the WikiLeaks release of tens of thousands of state department memoranda in 2010, what retribution lies in store for Snowden, guilty of leaking on a much bigger scale? The documents Manning released were merely classified; Snowden's were top secret and circulation was extremely limited.

For an American, the traditional home for the kind of story Snowden was planning to reveal would have been the New York Times. But during extensive interviews last week with a Guardian team, he recalled how dismayed he had been to discover that the New York Times had had a great scoop in the election year of 2004 – that the Bush administration, after 9/11 had allowed the NSA to snoop on US citizens without warrants – but had sat on it for a year before finally publishing.

Snowden said this was a turning point for him, confirming his belief that traditional media outlets could not be trusted. He looked around for alternative journalists who were anti-establishment and at home with blogging and other social media. The member of this generation that he most trusted was Guardian commentator Glenn Greenwald.

In January, he reached out to ­documentary filmmaker and journalist Laura Poitras, and they began a correspondence. In mid-February, he sent an email to Greenwald, who lives in Brazil, suggesting he set up a method for receiving and sending encrypted emails. Snowden even made a YouTube video for Greenwald, to take him step by step through the process of encryption.

Greenwald was unaware of the identity of the person offering the leaks and was unsure whether they were genuine. He took no action. In March in New York, he received a call from Poitras, who convinced him he needed to take this more seriously.

Greenwald and Snowden set up a secure communications system, and the first of the documents arrived, dealing with the NSA's secret Prism programme, which recruits the major internet companies to help with surveillance.

Four scoops
Greenwald flew to New York to talk to Guardian editors on May 31 and the next day, he and Poitras flew to Hong Kong. (I met the two for the first time in the New York office, accompanied them to Hong Kong, and joined them in interviewing Snowden over the best part of a week and writing articles based on the leaked documents and the interviews.) Neither Greenwald nor Poitras knew what Snowden looked like. "He had some elaborate scheme to meet," Greenwald said. Snowden had told him to go to a specific location on the third floor of the hotel and to ask loudly for directions to a restaurant. Greenwald assumed Snowden was lurking in the background, listening in.

They went to a room – which, Greenwald recalled, contained a large stuffed alligator – where Snowden made himself known to the pair. Snowden had told Greenwald, the Guardian journalist said, that "I would know it was him because he would be carrying a Rubik's cube".

Greenwald and Poitras were shocked the first time they saw the 29-year-old. "I had expected a 60-year-old, grizzled veteran, someone in the higher echelons of the intelligence service," Greenwald said. "I thought: 'This is going to be a wasted trip.'"

After an hour of listening to Snowden, though, Greenwald changed his mind. "I completely believed him," he said.

The interviews were conducted in Snowden's room, which overlooked Kowloon park. Snowden and the journalists, complete with camera equipment, crammed into the tiny space. He had been there for weeks, having meals sent up to his room. He did not have much with him: some clothes, a book, two laptops, that Rubik's cube. He was becoming worried about the cost, especially the chance that his credit cards would be blocked. Even though he was well versed in surveillance techniques, he would have been quite easy to find, having signed in under his own name and using his own credit cards.

The interviews, combined with the leaked documents, provided the Guardian with four scoops in quick succession, from the court order showing that the US government had forced the telecoms giant Verizon to hand over the phone records of millions of Americans to the previously undisclosed Prism programme, which revealed that big internet companies had been co-opted into helping with government surveillance.

Reckless leaks
The Prism story was also published independently by the Washington Post after Poitras, a freelance journalist, approached investigative reporter Barton Gellman with the story, and Gellman took it to the paper.

Once on the ground working in Hong Kong, however, she began working with the Guardian team.

The Obama administration has denounced the leaks as reckless and said they put national security at risk.

The story last Sunday shifted from the leaks to the leaker. Snowden had from the start decided against anon­ymity and Poitras filmed him being interviewed by Greenwald for a video that would unmask him.

Snowden's decision to go public has mystified many. Why come out?

He had, he said, seen at first hand the impact on colleagues of leak inquiries involving anonymous sources and did not want to put his colleagues through another ordeal.

So what are the options available to him now? In the interviews, he praised Hong Kong as a place with a strong tradition of free speech and a working judicial system, despite ­having been returned to Chinese sovereignty. But these courts, judging by examples of past extradition cases, tend to lean towards being helpful towards the US.

He has been hailed as a hero by some and condemned as a criminal by others. He was denigrated in columns in the New York Times and the Washington Post. The Post columnist Richard Cohen, though he has never met Snowden, wrote of him: "He is not paranoiac; he is merely narcissistic."

On Sunday night, Snowden gave the last of almost a week's worth of interviews. It was his final night in that hotel room: the final night before his old life gave way to a new and uncertain one.

He sat on his bed, arms folded, television news on without the sound and spoke about the debate he had started, homing in on a comment President Barack Obama made on Friday in response to the leaks.

"You can't have 100% security and then also have 100% privacy and zero inconvenience," the president had said; society had to make choices.

Snowden challenged this, saying the problem was that the Obama administration had denied society the chance to have that discussion. He disputed that there had to be a trade-off between security and privacy, describing the very idea of such a trade-off as a fundamental assault on the US Constitution.

In what were to be the last words of the interview, he quoted Benjamin Franklin: "Those who surrender freedom for security will not have, nor do they deserve, either one."

Snowden recited it slowly. For him, it had a special resonance.