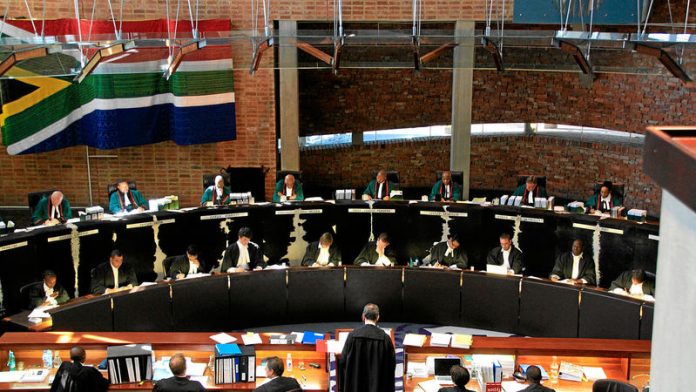 A Constitutional Court judgment in April that contributes to the developing jurisprudence on the right to basic education appears to have largely passed under the radar of public discussion and debate.

This is the case of KwaZulu-Natal Joint Liaison Committee vs MEC of Education, KwaZulu-Natal & Others, which dealt with the obligation of government to pay subsidies to independent schools.

In 2008 the KwaZulu-Natal education department issued a notice to independent schools in the province setting out "approximate" funding levels for 2009.

This was in keeping with the practice of previous years of granting subsidies on a sliding scale to eligible, registered independent schools — the scale dependent on the fees each school charges and, by corollary, the communities it serves.

Relying on this notice, an association of independent schools in KwaZulu-Natal proceeded to develop budgets for the academic year.

In May 2009, after the first payment for the year became due, the department issued a circular saying that budgetary constraints necessitated a subsidy cut of not more than 30% for the 2009/2010 financial year. This cut was duly reflected in the subsidies eventually paid to the schools.

The association of independent schools then instituted a case against the department in which it alleged that the initial 2008 notice constituted a contractual undertaking to pay the full amounts. It, therefore, sought to enforce the payment of monies based on the 2008 notice.

The case was dismissed in both the high court and in the Supreme Court of Appeal. When the matter was heard in the Constitutional Court, the majority judgment, penned by Justice Edwin Cameron, held that the 2008 notice did constitute an undertaking, arising not out of a contract between the parties, but rather because "it constituted [a] publicly promulgated promise to pay". Partial relief was, therefore, awarded to the association of schools.

The judgment found that this "publicly promulgated promise" arose from government's constitutional and statutory obligations regarding the payment of subsidies to private schools. These are:

• Section 48 of the South African Schools Act, which empowers a provincial minister to grant subsidies to registered independent schools and to determine norms and standards for the granting of these subsidies. It also provides for a provincial department to terminate or reduce subsidies if a condition of the subsidy is not complied with. It then provides a mandatory procedure when subsidies are terminated or reduced, and provides for a right of appeal where there has been a termination or reduction of a subsidy.

Government's subsidy policy, in other words, is premised on fiscal and social grounds. From a fiscal perspective, subsidies cost the state less than if learners at independent schools were enrolled at public ones.

From a social perspective, the "extreme backlogs in the provision of public education" necessitate that subsidies "serve explicit social purposes", according to the norms. Subsidies to independent schools must, therefore, show preference for schools that provide a good education, are well managed and serve poor communities.

The norms then establish the criteria and conditions for eligibility for subsidies. They also set deadlines for the payment of subsidies. This is further elaborated in KwaZulu-Natal provincial education legislation.

The Constitutional Court judgment found that although a government promise to pay subsidies could be reduced or retracted under circumstances of budgetary constraints, this should not occur retrospectively — a finding based on reasons of "reliance, accountability and rationality".

In this instance the department was hit by a 7.5% overall budgetary cut for 2009. After it had sent out the 2008 notice, it was also required to provide subsidies to 28 newly registered schools that had not been among the original 97 schools included in the subsidy structure.  But the 2009 notice of the reduction was sent out only after the first tranche of the subsidy was already due.

The court, therefore, deemed that the reduction had occurred retrospectively in relation to the first tranche and ordered the department to pay to the original 97 schools the "approximate" amounts specified in the 2008 notice, which had already fallen due.

This judgment promotes good ­governance in that it requires government to fulfil commitments it has already made. It is also significant that the judgment recognises the right to basic education of learners at independent schools.

At the same time, a delineation of government's obligations in respect of public and independent schools is of necessity distinguishable. This appears to be implicit in a reading of the judgment.

Research promoting the expansion of low-fee independent schooling suggests that the number of independent schools has expanded significantly since 1994. Some of them have been established in abandoned buildings, factories, shopping centres or shacks.

They charge an average of R680 a month in fees and are used not by very poor people but by small business owners and working-class parents.

The association of independent schools in the KwaZulu-Natal joint liaison committee case appears to cater for similarly situated "disadvantaged communities".The vast majority of South Africans, however, remain unable to afford these schools and continue to attend public schools. Government obligations — and, flowing from these, provisioning and resourcing — should, therefore, continue to prioritise public schooling.

The Centre for Child Law, which appeared as a friend of the court in the case, argued that subsidies to independent schools assist the realisation of the right to a basic education for learners attending these schools. As such, this right comes under threat when the state reduces, or does not pay, promised subsidies. The obligation the state bears to respect existing access to rights is, therefore, applicable in such instances.

This argument was echoed in the court's judgment: "So while it is correct that the state is not obliged to pay subsidies to independent schools, when it does do so in terms of national and provincial legislation it is plainly ­acting in accordance with its duty under the Constitution in fulfilling the right to a basic education of the learners at school that benefit from the subsidy," it said.

"And once government promises a subsidy, the negative rights of those learners — the right not to have their right to a basic education impaired — [are] implicated … [O]nce the due date for payment of a promised subsidy has passed, those rights are most acutely implicated."

Faranaaz Veriava is a human rights lawyer. She writes a monthly ­column in these pages on the right to basic education

The Rhodes Trust tries to mollify criticism of Cecil John Rhodes’s legacy while not offending its wealthy alumni and other donors.
Read more
Education

Unisa profs step out of class to teach poor

Unisa lecturers have been taking free learning to the townships since 2009, helping to boost small businesses in impoverished communities.
Read more
Education

Pupils who ‘stood up for their rights’

For Khayelitsha learners, their recent protests against deprivation became a story of hope.
Read more
Education

The Centre for Development and Enterprise is exploring the option of cultivating contract schools to boost the education system in South Africa.
Read more
Education

‘A cappella moments’ in Katlehong