Humour in a horrible voice 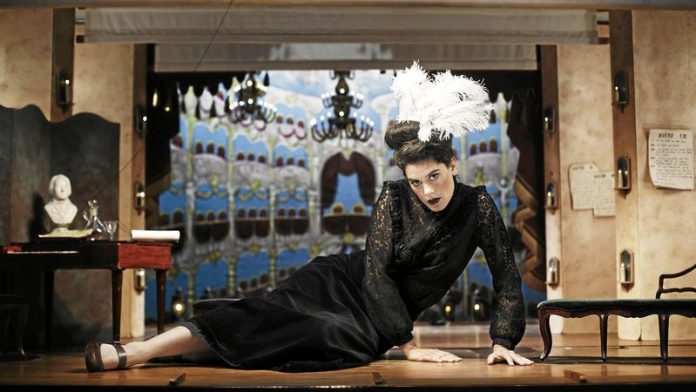 Audiences at the National Arts Festival in Grahamstown were given a glimpse into the bizarre world of Florence Foster Jenkins, (July 19 1868 — November 26 1944), a wealthy American woman who attracted audiences from across the globe by giving excruciating performances of opera and who was ridiculed for her terrible soprano voice. It is not known whether she knew this or thought that she was loved because she was really good.

Paméla Menzo, who plays the eccentric lead in the play, titled Florence Foster Jenkins, hails from Amsterdam but the play is a two-hander also featuring the performer Anne van Dorp.

Menzo says she would like to drink wine and see the penguins in Cape Town. She recommends exploring Amsterdam by bicycle, riding over the canals and visiting the art museums. Here she tells us why she brought the humorous yet tragic tale of the infamous performer to South Africa.

What do you think about our ­festival compared with the Amsterdam Fringe Festival?
What really surprised us is that in Amsterdam there was a mixed reaction to our piece and we were wondering how people here would receive it. We were blown away by the reaction to it. The people really grasp the humour and they understood all the layers of the performance. We received a direct reaction from the public and that was really nice. I heard it’s a bit quieter this year and I thought it was going to explode. Walking down the street it was very quiet, but people are still interested. Here when you give people a flyer on the street they want to know more so it’s an immediate conversation and they really do come to your performance.

How did you find out about ­Florence Foster Jenkins?
I have a history of bad singing. At school I wasn’t allowed to sing with the group because I was always out of key so they put me behind the drum set. We have a festival in Holland called Sinterklaas. We celebrate it on December 5 and we give each other presents. Someone gave me Florence Foster Jenkins’s CD with the words “The Horrible Voice of Paméla Menzo” written on it. Then I played the CD and had a good laugh. Then I wondered who this person is. I started reading about her and I watched a documentary.

How did you prepare to play such a strange character?
I start with the physicality. I’m very tactile, so instead of the psychology I focus on the physical. When I’m [playing] her I touch things differently. When I’m backstage before a performance I take on her body. I don’t take on a complex psychology because for her it’s normal.

What are the thoughts behind the style of performance in  Florence Foster Jenkins, which has been considered a fusion of physical theatre and performance art?
We both come from a mime school in Amsterdam. So did our director. We never had a script. We formed an idea and worked from the floor up. This style is what we really like and we have used it for other pieces.

The piece questions the nature of performance through a performance. Was this intentional?
Even if you show the audience how you make the piece they still react emotionally, even though they know it’s not real, which is really nice. We’re not trying to hide the illusion. The imagery still works. It’s very transparent, which is a Dutch thing. Dutch theatre doesn’t deny that the audience exists and the space the actors occupy on stage is accepted even though you’re not sure of the meaning. I know that I’m in a play. It’s all about the reality of performance.

What do you think about South African theatre?
I really like the use of music and singing. I think in our work we communicate a lot through physicality. What you do is who you are and what you say can be completely different. With the plays we’ve seen actors say that they are angry and they communicate that through angry bodies. I think it’s really good. We try to say something that is different from what we do to create a friction between the layers of meaning. We really like friction in our work. We open with humour and end with guilt.

Are there any South African ­playwrights, performers or artists you would like to work with?
I don’t know any, but I would love to! It would be nice to have an exchange programme where we take performers from here and work with them back home. We had workshops this morning where we remixed our piece with other performers and they quickly grasped our technique. We like to do site-specific work too.