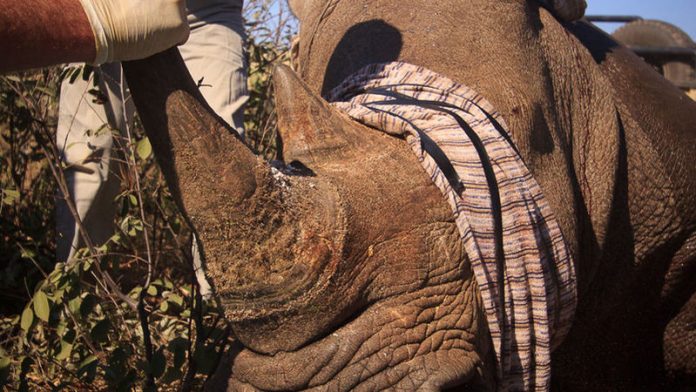 Information is the basis of any war, says Chris Galliers, the national biodiversity programme manager of the Wildlife and Environment Society of South Africa (Wessa).

"The old informer networks collapsed, so new ones are needed. Without information we are dead in the water."

Since it was launched in 2010, the Wessa Rhino Initiative has spent more than R174 000 on collecting data about poaching syndicates that has been passed on to the police to use in more than 25 key cases.

It has also funded anti-poaching and communications equipment for investigators.

Wessa facilitated the formation of Game Reserves United, an intelligence network that operates on private game reserves around the Kruger National Park and works in collaboration with law enforcement agencies.

This means the reserves can be proactive instead of just reacting after rhinos have been poached.

"In the current situation, this approach to tackling rhino poaching is unique and could form the blueprint for other large conservation areas where there is good landowner collaboration," says Galliers.

The project is in the process of expanding into Mozambique, where many of the Kruger's poachers come from, and is developing crime-mapping technology.

"Information will be stored centrally, where it can be analysed," Gallier says. "We will transfer specialised skills and hire more specialised security staff. We also plan to chart other crimes such as gun theft, which are often linked with poaching."

Besides the information war, Wessa has assisted the Mpumalanga tourism and parks agency to complete the DNA sampling, ear-notching and micro-chipping of rhinos in the province.

The organisation was also the catalyst in getting an international research programme started on establishing pathways for the illicit trade in rhino horn.

Galliers says it may not be high-profile or glamorous work, but it's essential.

"Any reduction of crime is beneficial to the country for multiple reasons, not least securing our natural assets for current and future generations. Rhinos contribute towards natural ecosystem functioning and our nature-based tourism, which creates a significant number of sustainable jobs and livelihoods while bringing in foreign exchange."