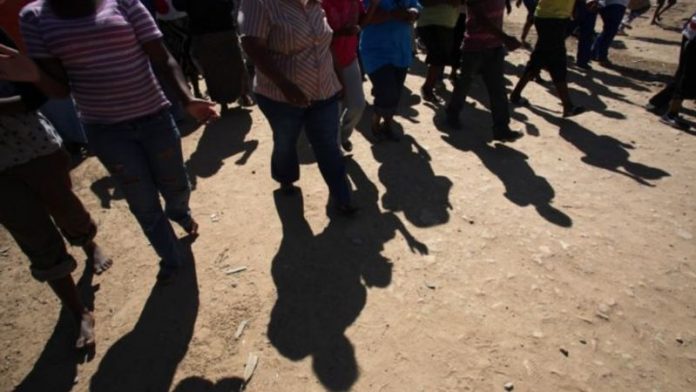 An urgent interdict was heard this week after it was brought by around 300 mineworkers who were injured and arrested in Marikana on and around August 16 last year, when police shot dead 34 striking mineworkers.

Angry mineworkers interviewed by the Mail & Guardian this week said the state has not contributed a cent towards their legal representation, while it has footed the bill for a heavyweight legal team to represent the police.

The M&G was informed that the team of lawyers representing the mining victims at the commission had received no funds from Legal Aid or from the state since the commission started in October last year. Instead, they had relied initially on limited funding from the Raith Foundation, which provides assistance to those looking for social justice, and were no longer able to keep going.

In court on Thursday, lawyer Dali Mpofu proposed that interim relief be granted to the legal team representing the victims of the Marikana shootings.

He told Judge Joseph Raulinga in the North Gauteng High Court it was highly unlikely the Farlam commission of inquiry would finish by the end of October.

The commission was given an extension until October 31 to conclude its work.

As the court proceedings would probably not be concluded by the end of the week, Mpofu suggested interim relief so as not to interfere with the commission – due to resume on Monday.

He said the legal team had not received any funding for the period between June and October.

Mpofu's application is for President Jacob Zuma and Justice Minister Jeff Radebe to approve payment for the lawyers representing the wounded miners.

A large group of miners and their families were gathered in front of the court. They sang and danced in Paul Kruger Square. Some held up placards reading: "Don't let the police get away with murder."

In their court application, the mineworkers claim the state had paid for the services of legal representatives at the commission for the police commissioner Riah Phiyega, the Police Minister Nathi Mthethwa and the South African Police Service.

Mthethwa's spokesperson Zweli Mnisi confirmed the state was paying for his legal representative to be present on a watching brief at the commission, while advocate Ishmael Semenya has been hired to represent the police.

Playing games
Before the court case got underway, one of the affected miners Tholakele Dlunga told the M&G that the government was playing a game, and hiding "under the same blanket as the National Union of Mineworkers".

"If they want to disband the commission, they must just come out in the open and disband it – because their [the government's] one-sidedness is blatant," said Dlunga.

Dlunga was one of the miners arrested and allegedly tortured by police last year after the Marikana massacre. While he is still expected to testify at the commission, he recently moved as he believed he might be executed.

The government wanted the mineworkers, and not the police, to be held culpable for the killings, as it was concerned about the upcoming elections, said Dlunga.

The mineworkers' interdict was lodged against Zuma, Radebe, Legal Aid South Africa and the Marikana commission of inquiry, but the state opposed the matter, which has fuelled the discontent of the miners.

Another mineworker, who asked not to be named out of fear of victimisation, said that it was hard to see any resolution coming from the commission. Miners are concerned that police implicated in the murder and torture of mineworkers have not been suspended. "Government wants the lawyers to throw in the towel at a point where nothing has really been discovered," said a mineworker, who is a witness at the commission.

Mzoxolo Magidiwana (24), the face of the mineworkers' class action, outlined in his affidavit to court why it is imperative for the mineworkers to have their own legal representation at the commission.

A Lonmin miner, Magidiwana said many of the workers who were arrested or injured following the Marikana massacre would immediately face murder and other related charges after the commission wrapped up in October this year.

Civil proceedings
Three legal firms had teamed up to represent the miners in both the commission proceedings and the criminal proceedings that would follow, he said.

"A further common interest of the class is that all the applicants have given instructions to our attorneys to initiate civil proceedings for damages they have suffered in respect of, inter alia, bodily injuries, unlawful arrests, unlawful detentions and/or assault in custody," wrote Magidiwana. "The fate of these civil claims is, directly and/or indirectly, linked to the outcome of the commission."

The vast majority of applicants in the class action are poor migrant workers from the Eastern Cape, KwaZulu-Natal, Lesotho and other parts of Southern Africa. The average monthly earnings of the applicants are approximately R4 000 and the vast majority work at Lonmin, he said.

The miners dispute police commissioner Phiyega's version that the police acted in self-defence and that they were legally entitled to use maximum force.

"It is essentially the resolution of these contrasting versions of the police and the victims which lie at the heart of the task facing the commission," said Magidwana. "If either one of these versions is not properly and professionally asserted at the commission, its intended purpose will be rendered nugatory."

As well as paying for several top counsel to represent the police commissioner and the police minister, he claimed, the state had also picked up the tab for legal representation for the families of slain police officers and for the department of minerals and energy.

Attorney Muzi Msimang, who is part of the legal team that represents the mineworkers alongside Mpofu, told the M&G it was unfortunate that some people claimed they were just looking for financial gain.

"You just have to look around at all other legal teams at the commission to see how unfair it is," said Msimang. "The way these people expect poor people to go without legal representation is not right. I cannot go and get another advocate because we have no money. When Dali [Mpofu] was robbed and viciously attacked, during that period we were left without an advocate. Most of the other teams have three advocates, and they just bring in another one. Why would the minister of police, when he is not even there, get a senior advocate to do a watching brief if it was not necessary?"

Enormous stress
Although the commission has an impressive line-up of evidence leaders, including advocates Mbuyiseli Madlanga SC, Matthew Chaskalson SC and Geoff Budlender SC, the fact the mineworkers' legal team might have to withdraw if it did not get funding is now causing enormous stress to the victims.

This was understandable, said Msimang, as the state was "pouring in" money for other parties, including the police.

The commission was set up by Zuma, in an attempt to seek out the truth of what happened at Marikana and is headed by retired judge Ian Farlam. Its lifespan has recently been extended for a third time until October this year, and is considered likely it will have to be extended again.

Commission spokesperson Tshepo Mahlangu denied the integrity of the commission was at stake. "We live in a democratic society where everybody has the right to legal representation," said Mahlangu. "But our legal team of evidence leaders are there to represent the interests of all parties. The commission will abide by the court's ruling on the matter."

Dlunga and the other miners interviewed by the M&G said it was imperative they had the protection of their own lawyers as they face this nightmarish legal and emotional battle.

"How can they not fund our lawyers when they pay all the police lawyers?" Dlunga asked. "They just want them [the miners' lawyers] to give up. We've been thinking about a plan, that maybe they can draw money from our salaries because we are all employed. So we still have hope. But if the government abandons us, they must not think they can enter any mine."