Khaya Mthethwa: Idol as good as his word 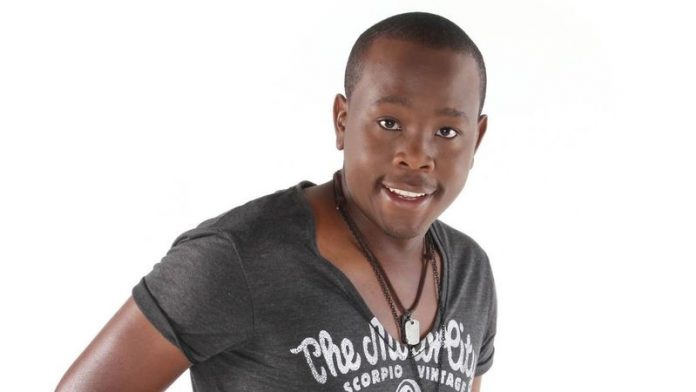 Khaya Mthethwa (26) is a big name on the pop scene and, although he has conventional taste, it hasn’t held him back. He shot to fame late last year when he was crowned the first black Idols SA winner. The gospel-influenced singer, who hails from Durban, was an instant favourite and won the contest after a vociferous campaign in the media, including on social media.

You might remember the term Team Khaya? Well, some fans reportedly bought several mobile SIM cards so they could vote more than once for him.

His winning streak continued this year when the Move singer won the newcomer of the year award at the Metro FM Music Awards. Then, in April, he and his 20-piece choir won Clash of the Choirs, an interprovincial talent competition that featured choirs assembled in the home provinces of recording artists such as Judith Sephuma, Mthethwa, Zakes Bantwini and Sipho “Hotstix” Mabuse.

Mthethwa says that music has always been an obvious career choice for him. He has been a backing vocalist for many artists, including the renowned gospel choir Joyous Celebration. He is currently in a studio working on his second album and is planning a national tour that will kick off in October. He says he dreams of hosting his own music show on TV.

What is the best part about being Khaya Mthethwa right now?
I am living my dream every single day. I am performing as a musician, I have an album out titled For You and amazing supportive fans. When I was chosen to perform at the Samas [South African Music Awards] I was even more blown away. That isn’t something I expected at all. It was a real honour.

How much of your music do you write yourself?
On my debut album, For You, I wrote about 60% of the songs. I am lucky and grateful that Universal allowed me to — we had just over a month between me winning Idols and releasing the album.

What is your next single release going to be?
Break It Clean, which was written by Cass Lowe and Mayaeni Strauss.

What are you reading?
I love biographies and have actually just reread Nelson Mandela’s Long Walk to Freedom. Right now I am reading Speeches that Changed the World, introduced by Simon Sebag Montefiore.

You live between Johannesburg and Durban. Where do you go to experience great live music in those cities?
In Johannesburg, I have always enjoyed Katzy’s in Rosebank, and in Durban it’s the Bat Centre.

What music are you playing in your car?
I just downloaded Jay-Z’s latest album, Magna Carta Holy Grail, and I am also listening to Kanye West’s Yeezus — but let’s not get into my thoughts on that album. I have also been listening a lot to gospel artist Kirk Franklin’s older music. Locally I love Kabomo, Zonke and, of course, Lira. Lira’s music is beautiful, encouraging and positive.

In your opinion, what is the best thing about South African music right now?
The industry is growing. We are in a good space and our music is being recognised internationally. A lot of American artists are coming to tour here. It is like their tour isn’t complete until they have been here. The introduction of our music into iTunes has also been incredible. The industry is developing hard and well.

What concerns you about our music industry?
The expectation of having to stay relevant in the media. Where it isn’t just about your music but about your public appearance. Where you are seen and who you are seen with. It is the social side that messes things up and distracts from our talent.

When you want to escape the madness of the city, where do you go?
I go home to Durban to spend time with my parents and my siblings. We are a very close family.

Do you have a favourite TV show?
I love Isibaya. I am a huge fan of the show.

Who has been your favourite Idols contestant?
I am a fan of Elvis Blue. He is an amazing performer and always blows me away.

Idols SA season nine is starting soon. Do you have any advice for the contestants?
Be smart about your song choices and always give your best. Think of a plan and stick to it.

Up, close and personal with Idols SA winner Musa Sukwene