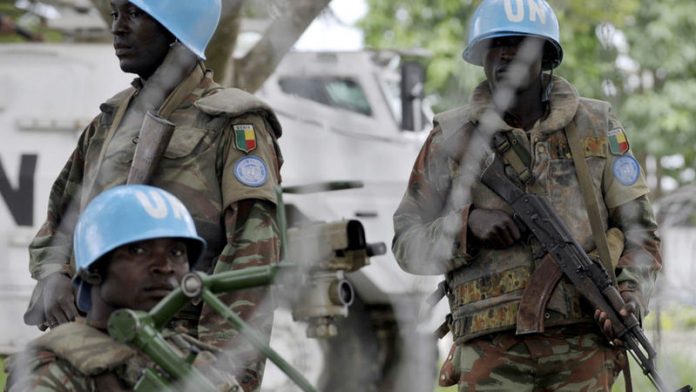 More than two years after a political and military crisis that claimed at least 3 000 lives in Côte d'Ivoire in the wake of disputed elections, statements by rival sides reveal their deep differences.

Yet the word "reconciliation" is still on many lips in political circles. Supporters of President Alassane Ouattara make it an article of faith. So do members of the opposition Ivorian Popular Front (FPI) of former president Laurent Gbagbo, who triggered the crisis by refusing to accept defeat at the polls in November 2010.

In an early July tour of the cocoa-rich north, his electoral stronghold, Ouattara urged the FPI to "ask pardon of the victims" of the bloodshed, which lasted from December 2010 to April 2011 in a country already weakened by civil war and partition.

The FPI this week curtly rejected the call to "repent". Many in the party still consider Gbagbo their champion, though he is detained by the International Criminal Court in The Hague facing charges of crimes against humanity. His supporters argue that Ouattara's side was to blame for the post-electoral violence.

Created by Ouattara in September 2011, a national Dialogue, Truth and Reconciliation Commission (CDVR) with a two-year mandate has endeavoured to resolve differences and has joined in the debate.

Not enough time
"In what happened to Ivory Coast, the wrongs are shared," said the commission chairperson, former prime minister Charles Konan Banny, closing a forum last week on the "profound causes" of a decade of hostilities.

"It's up to all those who committed violations of human rights to acknowledge them and make an act of repentance," he added, but the commission has less than three months to complete an enormous task.

Banny has indicated that he might ask for an extension of the commission's mandate. "A time limit [is] not the best" of solutions, he told Agence France-Presse, suggesting that two years are not enough for the work to be done.

Asked whether he would take up his post again if the mandate is prolonged, Banny evaded the question. In political circles, many are speculating that the ex-premier might want to take up another challenge: the presidential election of 2015.

According to these observers, Banny may try to take control of his political party, the once all-powerful Democratic Party of Ivory Coast (PDCI), which has now become the main ally of Ouattara's Rally of Republicans. The PDCI's leading bodies are due for renewal in October.

'A great national catharsis'
Now that the reconciliation commission is nearing the end of its mandate, politicians, diplomats, observers and non-governmental organisations are taking stock of its record, often with great severity.

"The CDVR is at a dead end," said Rene Legre Hokou, the chairperson of the Ivorian League of Human Rights (Lidho), arguing that the panel has kept a low profile and shown few concrete results.

The commission has for months promised public hearings across the country in which the "executioners" would directly confront their "victims", but they have yet to begin. Many Ivorians eagerly await what Banny has termed a "great national catharsis".

Under fire from its critics, some members of the panel complain of a lack of sufficient financial resources and also argue that their task is being complicated by political and legal interference.

In the most recent episode they cite, 84 people who were part of Gbagbo's regime or close to it, including former first lady Simone Gbagbo, have been summoned before an assize court to answer for their suspected roles in the crisis of 2010-2011. However, the date for the hearing has not yet been set.

While for Ouattara, there can be no reconciliation without justice, Gbagbo supporters see the latest move by the judiciary as a new illustration of "conqueror's justice". Ivorian prosecutors have so far taken no steps to deal with serious crimes blamed on pro-Ouattara forces during the crisis.

Scant grounds exist for a resumption of talks between the government and the opposition FPI, which have been stalled for months. Yet such dialogue is essential to pave the way for the presidential election in two years' time, with Ouattara already a candidate.

CDVR member Simeon Ahouana, the bishop of the central town of Bouake – long the stronghold of rebels involved in a 2002 coup bid against Gbagbo – has annnounced that he has "concerns" about the forthcoming poll.

Lidhos chairperson Hokou is more blunt. In his eyes, if there is no progress in reconciliation by 2015, "we must fear that we'll fall back into even worse violence". – AFP