Victory for Chiefs after third try in Black Label Cup 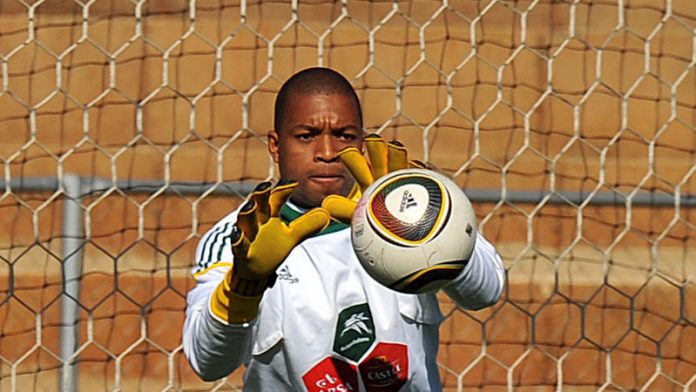 Shortly before the break on Saturday afternoon, Lehlohonolo Majoro pounced on Bernard Parker's effort – which rattled the crossbar – and thundered home the only goal of the match, handing the advantage to the black and gold of the Amakhosi in the first Soweto derby of the 2013/14 campaign.

It was a case of "third time lucky" for Chiefs, after Pirates lifted the two previous editions of the trophy, where fans decide on the starting line-ups by voting for their favourite players.

The Buccaneers were trying to find their best form again, after a dismal end to last season where they relinquished their back-to-back league crowns to Chiefs.

But it was Chiefs, largely unchanged from their previous season, who lifted the trophy, having already won the Gauteng Cup last week.

George Lebese squandered the first chance of the game, hesitating with his shot, allowing Happy Jele to make a timely interception.

Chiefs kept up the pressure and had Tefu Mashamaite's powerful header denied by a fantastic save from Senzo Meyiwa.

A quieter second period followed, before replacement Daine Klate forced a terrific save from Itumeleng Khune, who guided the free-kick over the bar and out of danger.

Chiefs' new signing Knowledge Musona should have doubled their tally, but missed an easy chance at the back post, when he miscued his effort and shot high and wide of the target.

With their advantage still intact as the clock wound down, Chiefs came close once more, six minutes from time, but were thwarted by a retreating Pirates' defence, much to the relief of Meyiwa in goal.

Kermit Erasmus, who signed for the Sea Robbers this week, made his debut from the bench and almost had an instant impact, but Khune was equal to the striker's long-range effort. – Sapa

Derby: Why this one really matters