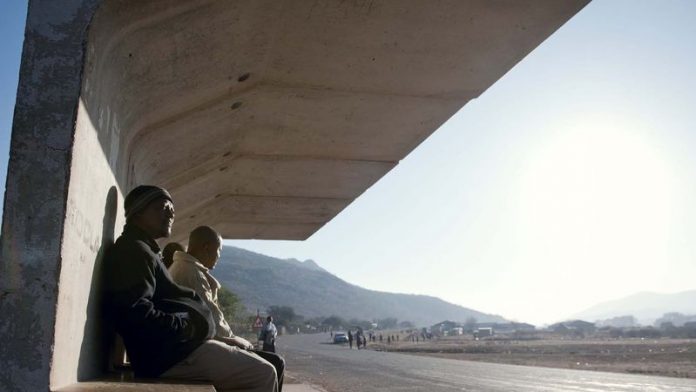 Violence and displacement in Sekhukhune, Limpopo, continues as Glencore Xstrata hires about 1 000 new staff after dismissing workers for participating in an unprotected strike at its Steelpoort operations.

The strike, which began in late May, and the firing of workers has seen the mine and the surrounding communities descend into organised chaos, were the final nail in the coffin for the fragile framework agreement for a sustainable mining industry, reached by organised labour, business and the government.

The agreement, which was concluded on July 3, was broached by Deputy President Kgalema Motlanthe, who wished to resolve the labour disputes quickly and commit business to avoid acting in a manner that provokes and raises tensions in the workplace.

The Mail & Guardian spoke to several workers from villages around Steelpoort and Burgersfort who were awaiting or receiving training as replacement staff after 1252 workers were dismissed following the strike.

At the mine's Thorncliffe shaft, hiring took place under heavy security and police guard. Recent violence at the mine had claimed the life of a worker and led to the damage of at least two buses and a truck.

Three people have died since the strike began, including Lucas Mamphoke, who was found dead in Gariba outside Burgersfort on July 8, and Leon Mabilo, who was found lying face down with a bullet wound to his chest.

The Eastern Chrome branch chairperson for the Association of Mineworkers and Construction Union (Amcu), Zeb Mabilu, who is among the dismissed, said an initial four-day strike in early May was sparked by a dispute over aspects of last year's wage agreement. The issues included the upgrading of certain categories of workers, agreements on a food supplement for underground workers and the failure to take action against staff members believed to be perpetuating racism.

When mine management capitulated on some of the demands, an agreement to end the strike was reached. Later in the month, the alleged assault on employee Paul Mapote by shift supervisor George Bushney sparked renewed tension and workers downed tools pending the outcome of an internal disciplinary process.

When Bushney was allegedly vindicated by an internal process on May28, workers at Helena shaft downed tools, citing an incident in which a black employee had apparently been immediately dismissed for a similar case of alleged assault.

In the ensuing days, the workers were joined in solidarity by workers from the neighbouring Magareng and Thorncliffe shafts.

The company claims that the investigation into the incident between Bushney and Mapote could not be completed owing to the strike and will be concluded in the coming weeks as operations return to normal.

A grey-haired and bearded Jeremiah Choma said they chose the route of an unprotected strike "because of outstanding issues. They wouldn't listen to us so we decided to stop work so they could listen."

Choma, who was also dismissed, added that "anger has no ­reasonable limit. If we are wrong, then both the management and we are wrong because they did not follow their own processes."

Amcu members such as Mabilu and Nataniel Mohlala list more than 11 race-related shop-floor incidents dating back to 2011. They say these were "lodged with the human resources department but had not received the necessary attention".

In one incident, an employee complained of being called a "boesman [bushman]" by a white employee. In a human resources document seen by the M&G, the presiding officer ruled that the slur was an accepted nickname of the employee.

Glencore says it has zero tolerance for racism. All allegations are fully investigated to their conclusion and appropriate action taken against any individual found guilty.

Mabilu said the union had cautioned workers against spontaneous mass action but "they [the workers] were fed up. The … strike gave the company leverage to shoot down all of Amcu's amicable submissions."

When the company opted to dismiss the workers in early June, it offered individual appeals, which Amcu interpreted as the singling out of certain workers perceived to be leading the strike.

Several hundred workers were re-employed, allegedly under worse conditions that disregarded previous years of service (the company denies this), and posts were advertised in nearby communities. Up to 40000 applications were received.

A white employee of Glencore, speaking on condition of anonymity, told the M&G: "If you know the politics of this place and the people of this town [Steelpoort], then you will understand why I say that they are not going to get their jobs back. They are not."

On July 26, strikers stoned and set alight two buses and a truck.

"The protest involved the community because, as you can see, there is no development," a non-striking worker said.

"Some people have even run away from their homes in Praktiseer [where I stay] towards Lydenburg. It's not even safe to go to the shops. If this company cared they could have just fired this guy [Bushney] and everything would have quietened down.

"It's not safe going to work but we are under pressure from the company. They [strikers] petrol-bombed our bus on June 24. It went through the window but it didn't explode and management didn't bother to find out [about our safety]."

A woman who had just been hired and was undergoing training said she had seen mattresses being dropped off at Helena shaft. She suspected that people were sleeping at the mine in an effort to avoid attacks.

The situation at Glencore will prove to be a blow for Amcu. The union has had a presence there since 2010 and commands over 50% representation in the workplace. Indications are that members are divided over the issue of individual appeals and reapplication. A minority of the dismissed workers are believed to have appealed.

It has also put the framework for a sustainable mining industry in jeopardy, setting the stage for perhaps the most unpredictable year in South African mining history.

"We have been co-operating with the department of labour on this issue," Glencore said in an email.

"The company agreed to [Commission for Conciliation, Mediation and Arbitration] intervention … No amicable solution could be reached and the case was then referred back to the CCMA … The necessary reports relating to the strike have also been submitted to the department."