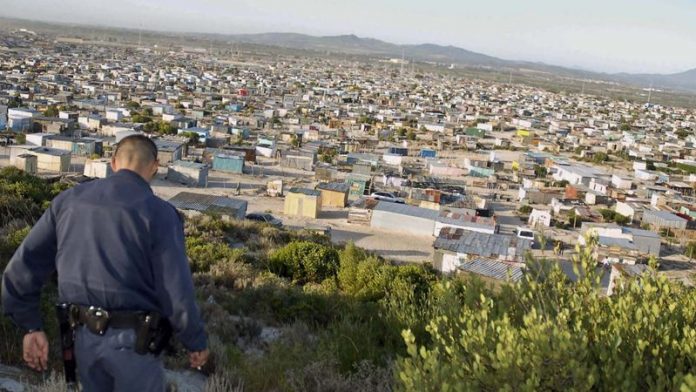 Four police officers were killed over a period of a week in Cape Town in July. Although the two government spheres – one ANC-led, the other driven by the DA – differ on a number of issues, policing has proven to be a bone of contention as they accuse each other of politicising the service.

This week, Police Minister Nathi Mthethwa angered the DA when he blamed the provincial government for the killings.

Following the deaths of two policemen in Khayelitsha, Mthethwa told journalists on July 29 that criticising the police reinforced the idea that officers did not deserve respect and opened them up to attack. He was referring to the Western Cape community safety department's criticism of the police in the province.

"If you keep blaming the police and making them look useless to the public, you are opening them up to attacks because criminals won't think twice about attacking our members. Police have no support in the province from leadership."

Mthethwa said the province had the highest number of attacks on police officers. But according to the SAPS annual report for 2011-2012, seven police members died while on duty in the Western Cape, 21 in Gauteng, 16 in KwaZulu-Natal and 15 in the Eastern Cape.

"This is clearly a problem in a number of provinces and it is troubling that the Western Cape is being singled out," said Western Cape Community Safety MEC Dan Plato this week.

Mthethwa has been a thorn in the side of the provincial government, opposing a number of policy proposals by the DA-led administration.

When the provincial government released for comment a draft of the Western Cape Community Safety Bill, which sought to strengthen the oversight role of provinces over the police in June 2012, Mthethwa threatened to approach the courts over the Bill's constitutionality. The Bill has since been signed into law by Premier Helen Zille.

When Zille appointed a commission of inquiry into policing in Khayelitsha in August 2012, Mthethwa opposed this and approached the Western Cape High Court to rule on its constitutionality. The court ruled in the provincial government's favour but Mthethwa appealed the ruling and the matter will be heard in the Constitutional Court on August 6.

The inquiry into Khayelitsha, the area in which two of the four police officers were killed, was a result of vigilante killings.

After Mthethwa's opposition to the inquiry, the DA opposed the national government's proposed green paper on policing.

"If you carefully observe some of these provincial leaders' utterances, you would think that the city's metro police are angels who are without fault, because I have yet to hear of any public criticism of their shortcomings," said Mthethwa's spokesperson Zweli Mnisi this week.

"Surely if you conduct an oversight or analysis of policing environment, you cannot divorce the South African Police Service from the metro police because the one common denominator is that both these institutions have a common mandate, which is crime prevention and crime combating.

"So we are calling for a fair and honest analysis of law enforcement but, importantly, we need provincial leadership that is cohesive and not divisive. If you observe the pattern in the Western Cape, you see a disturbing trend where some people choose to criticise and undermine the work of the police, unfairly and without substance," he added.

Mnisi said that Plato has deliberately acted in a manner that sought to embarrass the police and has failed to raise issues at MinMEC (a regular meeting convened by the minister and all MECs responsible for policing), bringing them to light at media briefings instead.

He gave an example in which Plato had requested information about the shortage of police personnel in the Western Cape in May and, after receiving detailed information, he called a media briefing to release it.

"What we noted is that the MEC was playing politics at the expense of a sensitive issue like crime. We do not need such approaches, but require people to put aside political affiliations and support in the fight against crime."

Mnisi acknowledged that there were human resource challenges, but noted that these were not unique to the Western Cape. He said the notion that staff shortages are contributing factors to ongoing gang and violent protests is malicious and untrue.

"For the minister to this week abuse an officer's memorial service to blame the Western Cape government for police killings is a shameful attempt to politicise something that should never be politicised," said Plato.

"The men and women in blue put their lives on the line each day and what they really need is proper leadership that will capacitate officers, to ensure that there are enough officers on the ground, that each person has a bulletproof vest and adequate training so that they are not vulnerable to attacks."

"The only area of influence the Western Cape government has over the criminal justice system is through police oversight, and we want to do this well. But the problem is that all of the province's oversight attempts keep getting blocked, undermined, and prevented by the ANC national government, said Plato.

‘Why does KZN lead in police killings?’

What the law says about police using violence