Who is Mmusi Maimane? 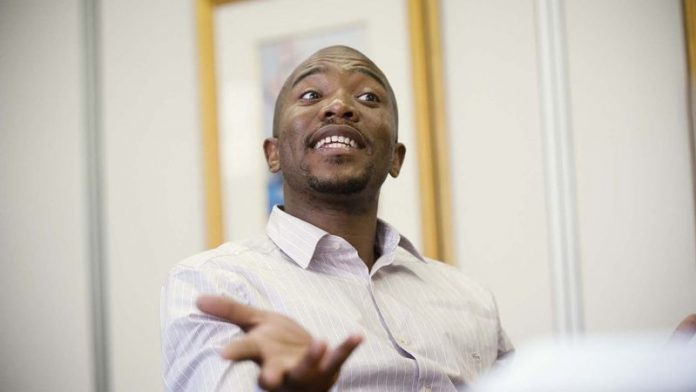 He burst on to the scene in 2011 in a failed bid for Johannesburg mayor, and now Mmusi Maimane has set his sights bigger: he’s gunning for Gauteng premier after the 2014 general elections.

The national spokesperson for the Democratic Alliance won over DA stalwart Jack Bloom for the candidacy. An uncommon practice among other South African parties, the DA’s candidacy polls allow voters to know who will run their provinces and towns should they vote the opposition party into power. The party is eyeing the province as the ANC in Gauteng, which has ruled there since 1994, seems beset by factionalism after the fallout from their elective conference in Mangaung in December 2012.

The current premier Nomvula Mokonyane has for several years been undermined by another centre of power in the province, the ANC’s Gauteng provincial chairperson Paul Mashatile. Mashatile's faction led the Forces of Change campaign for President Jacob Zuma to be replaced by Deputy President Kgalema Motlanthe, while Mokonyane’s faction was on the side of President Jacob Zuma, who ultimately won.

This has left the party in the province divided and thus weakened. Research by political strategist Stan Greenberg on behalf of the DA, which was released in July, found that the ANC is currently polling at 51%.

The DA has seen this as an opportunity, and Maimane is being put forward as an alternative.

Following the announcement, Maimane briefed media from his hometown of Soweto – a strategic move, as is his candidacy itself, for a party that has battled with an image of being too white.

But Maimane told media he didn’t want the elections to be about race “but rather about what's in the best interests of the residents of the province”.

He is campaigning on straightforward and popular issues: e-tolls and clean governance.

"We have to run a government that’s competent, that delivers services and ends corruption,” he said. “We have to deal with the issue of tolling and make sure small businesses in Gauteng thrive.”

But who is Mmusi Maimane?

Born and bred in Soweto, Maimane now lives in the suburbs of Randpark Ridge with his wife Natalie, daughter Kgalaletso (2) and baby son Kgosi. He once described his marriage as “what might have been called under apartheid a 'mixed marriage'", when he invited model Jessica Leandra, caught up in a racist Twitter storm, to engage with her accuser at his home.

"I would be happy to host you both at my home. I am proud to say that it is a place of love and tolerance, a place where people leave their prejudice at the door,” he said before the meeting was held at his house in May 2012.

Indeed Maimane is being cast in the role of a uniting figure, with a campaign for Gauteng with not-so-subtle overtones of the inspiring "Yes we can" viral campaign that swept Barack Obama to power in the United States in 2008.

He launched his campaign under the hashtag #BelieveGP on the weekend following the announcement, and the term trended in South Africa on Twitter. A poster for his campaign showed Maimane in a thoughtful pose beneath the slogan “Believe GP”, followed by the phrase: “We can win”.

In his speech he said he was once an ANC supporter. “I used to believe that the party of liberation deserved my vote because of what it did to make our country free.

"I still think that the ANC deserves the highest praise for leading the liberation struggle. And it deserves credit for reversing some of the worst aspects of apartheid, through programmes of social grants, land reform and Black Economic Empowerment," he said in a conciliatory tone not often heard from the DA.

He added: “But I no longer believe that the ANC deserves my vote. The ANC under Jacob Zuma has let us down," he said, before going on to list the ruling party’s failures.

Before entering politics, Mmusi lectured at the Gordon Institute of Business Science and managed his own consultancy firm which, according to the DA, consulted for a number of large South African companies on diversity management, change management and generational differences. He also chaired a number of foundations involved in rural youth development and HIV management.

At just 33 he is young, and was criticised by some in 2011 as an inexperienced candidate for mayor of Johannesburg. Nevertheless, the DA still credit him with growing support for the party in that election from about 20% to 35%.

That election was his first entry into politics, after which he became the DA’s caucus leader in Johannesburg and later in 2011 the party’s national spokesperson. November 2012 saw him add the position of deputy federal chairperson to his cap.

Look out for the Mail & Guardian’s in-depth interview with Maimane on Friday.