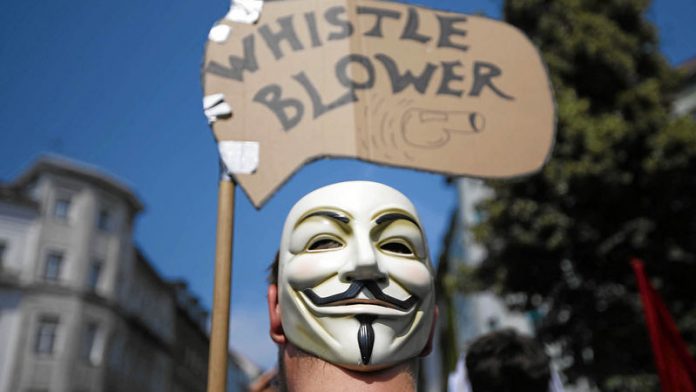 We all remember President Barack Obama's smiling face, full of hope and trust, when he delivered the motto of his first campaign: "Yes, we can!" We can get rid of the cynicism of the Bush era and bring justice and welfare to the American people.

But as the United States continues with covert operations and expands its intelligence network, spying even on its allies, we can imagine protesters shouting at Obama: "How can you use drones for killing? How can you spy on our allies?" Obama looks back at them and murmurs with an evil smile: "Yes, we can."

However, such a simple characterisation misses the point. The threat to our freedom disclosed by whistle-blowers has much deeper systemic roots. Edward Snowden should be defended not only because his disclosures embarrassed the US government, but also because he revealed that many great (and not so great) powers &ndash France, Russia, Germany and Israel &ndash are doing the same thing. Snowden's revelations provided a factual foundation to our premonitions of how much we are all monitored and controlled.

The lesson is global and goes beyond US-bashing. We didn't really learn from Snowden (or Private Bradley Manning) anything we didn't already presume to be true. But it is one thing to know it in general, and another to get concrete data. It is a little bit like knowing that one's sexual partner is playing around &ndash one can accept the abstract knowledge of it, but the pain arises when one learns about the steamy details.

Snowden's own details provide a view into the worldwide process of the gradual narrowing of the space for what Immanuel Kant called the "public use of reason". In the essay What is Enlightenment?, Kant opposes the "public" and "private" uses of reason. For Kant, "private" is the communal-institutional order in which we dwell (our state, our nation), and "public" is the transnational universality of the exercise of one's reason.

We see where Kant parts with our liberal common sense: the domain of the state is "private", constrained by particular interests, and individuals reflecting on general issues use reason in a "public" way.

This Kantian distinction is especially pertinent with the internet and other new media being torn between their free "public" use and their growing "private" control. In our era of cloud computing, we no longer need powerful personal computers. Data and information are provided on demand and users can access web-based tools or applications through browsers as if they were programs installed on their own computers.

This wonderful new world, however, is only one side of the story. Users are accessing programs and files that are kept far away in climate-controlled rooms with thousands of computers. In order to manage a cloud, there needs to be a monitoring system that controls its functions, and this system is hidden from users.

The more the gadget I hold in my hand is personalised, easy to use and "transparent" in its functioning, the more the entire setup has to rely on the work being done elsewhere, in a hidden circuit of machines. The more our experience is shared, spontaneous and transparent, the more it is regulated by the invisible network controlled by state agencies and large private companies.

Once we choose to follow the path of state secrets, we sooner or later reach the fateful point at which the very legal regulations prescribing what is secret become secret. Kant formulated the axiom of public law: "All actions relating to the right of other men are unjust if their maxim is not consistent with publicity."

A secret law, unknown to its subjects, legitimises the arbitrary despotism of those who exercise it.

Furthermore, what makes the all-encompassing control of our lives so dangerous is not that we lose our privacy to Big Brother. There is no state agency able to exert such control &ndash not because it doesn't know enough, but because it knows too much. The sheer volume of data is too large.

Despite all the high-tech programs for detecting suspicious messages, computers that register billions of pieces of data cannot interpret and evaluate that data properly, resulting in ridiculous mistakes like innocent bystanders being listed as potential terrorists. This makes state control of our communications even more dangerous. Without knowing why, without doing anything illegal, we can suddenly find ourselves on a terrorist watch list.

There is a legend about the newspaper magnate William Randolph Hearst &ndash he once asked one of his top editors why he didn't want to take a long-deserved holiday, and the editor replied: "I am afraid that if I go, there will be chaos, everything will fall apart &ndash but I'm even more afraid that, if I go, things will just go on as normal without me, proving that I am not really needed!" Something similar can be said about state control of our communications. We should fear that state agencies know everything, but we should fear even more that they fail in this endeavour.

This is why whistle-blowers play a crucial role in keeping the "public" reason alive. Julian Assange, Manning and Snowden are our new heroes, examples of the new ethics that befit our era of ­digitalised control. Whistle-blowers are no longer denouncing just the illegal practices of private companies to the public authorities; they are ­denouncing the public authorities themselves when they engage in ­"private use of reason".

We need more Mannings and Snowdens. There are places that are much more oppressive than the US. Imagine what would have happened to someone like Manning in a Russian or Chinese court.  However, one should not exaggerate the softness of the US.

True, America does not treat prisoners as brutally as China or Russia does. Because of its technological superiority, America does not need to employ an openly brutal approach, but it is more than ready to apply it when needed. In this sense, the US is even more dangerous than China insofar as its measures of control are not perceived as such, while China's brutality is on display.

It is therefore not enough to play one state against the other (like Snowden, who used Russia against the US). We need an international network to organise the protection of whistle-blowers and the dissemination of their messages. Whistle-blowers are our heroes because they prove that if those in power can do it, we can too. &ndash © The New York Times 2013