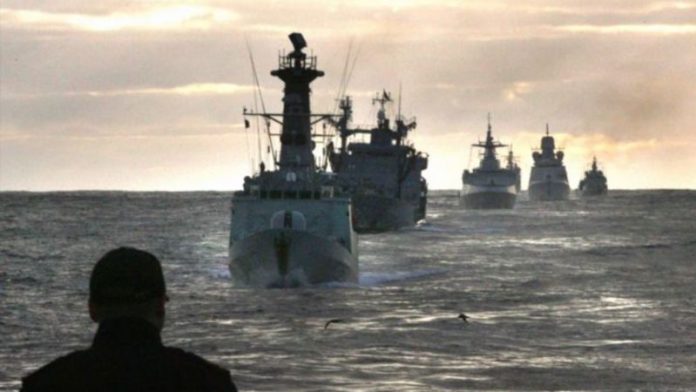 Rear-admiral Derek Christian testified on Tuesday at the Seriti commission of inquiry into the arms deal that one of the reasons why the frigates and ships purchased during the 1990s arms deal were necessary is that history had "seen the consequences of World War 2", when European navies were "caught unprepared" when war broke out.

Christian is the fourth senior member of the navy that has given evidence to the commission into the arms deal, under oath, that the frigates and ships remain important to the navy.

The navy's view is contrary to the view of critics, put to witnesses at the commission by the evidence leaders, that the vessels purchased in the 1990s were an excessive and unnecessary expense.

Christians said it was important for any navy to plan its purchases well in advance, given that ships typically had a shelf-life of thirty years and that navies need to be prepared for any eventuality.

He said the navy would not be able to "execute its constitutional mandate" to protect the country without them.

Christian said there had been much debate in the country about the primary and secondary objectives of the navy since the arms deal – in essence what the navy's priorities should be, given that the it admits South Africa faced no obvious military threat at the time the warships and submarines were purchased.

It still faces no threat today and is considered to be operating in "peace time", Christian and others have said.

"I firmly believe that militaries are there to defend and to protect the Republic. And, if needs be, to fight. We can then perform secondary objectives, such as assisting with diplomacy [missions] … fishing patrols and so on."

"I say that because I saw a statement recently which said the navy was said to have got what it wanted [during the arms deal], but not what it needed. I completely disagree," Christian said.

Christian is currently the navy’s director of logistics, and his evidence is intended to bolster the navy’s claims, thus far, that the arms deal purchases were necessary, and that they are being utilised.

He was involved in formulating the White Paper on Defence, presented to Parliament in 1996.

1970s purchases
Christian presented a slideshow to the commission on Tuesday, which showcased what vessels the navy purchased during the arms deal, and the vessels replaced by these new ships.

Also in the 1970s, the navy purchased four offshore patrol vessels, which are still in use. But these were not the ships that the navy wanted at the time, and they are not sufficient for the navy’s needs now, Christian said.

It was former president PW Botha who "wanted" these offshore patrol vessels, and "forced" the navy to purchase them from Israel.

But the ships are designed for Mediterranean waters and are not suitable for the rough seas, particularly around the Cape Town harbour, Christian said.

Additionally, these ships are smaller than frigates, and their missile capabilities were removed in 2007. The are therefore unsuitable for combat, Christian explained.

'Critically important' to make purchases
Similarly, the navy was in possession of three submarines, also purchased in the early 1970s. But by the early 1990s they were old and "completely unsuitable" and maintaining them was expensive because finding spare parts was increasingly difficult. The last of these submarines was decommissioned in 2003.

Christian said it was "critically important" for the navy to purchase new frigates and submarines by the 1990s – which it eventually did during the controversial arms deal.

Evidence leader Advocate Simmy Lebala asked Christian what the consequences would be for South Africa if it had never purchased the frigates and submarines.

"I have no doubt that the navy would not be able to executive its Constitutional mandate," Christian said.