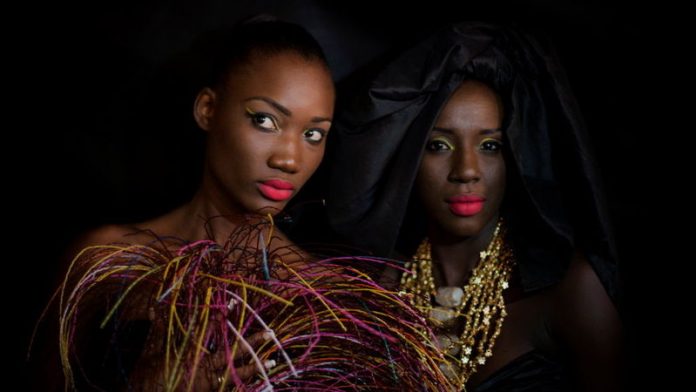 I'm having a bad feminist moment.

You know the kind. Where everyone is telling you how you're supposed to be feeling about a particular issue but you're just not seeing it.

It happened last week, while it was still Women's Month, nogal. A male colleague who has plenty feminist credentials used the phrase "fairer sex" to refer to women. He was promptly set right by his other male colleagues.

I nodded knowingly for a while with the others but after a while my ignorance won out, despite the shame attached to it. I resorted to asking what the problem was. After the dismay that I could even ask subsided, I was told it was a derogatory term that forced women to aspire to being nice and pretty and thus, essentially powerless.

It made sense, but boy did it take me a while to work up the courage to ask (four days to be precise) and even a longer while to get past the judgment and get an explanation.

I was feeling particularly unsure of myself in this area as I had just emerged from a heated discussion about another article concerning women: my fellow columnist Khaya Dlanga’s piece last week about how life is tough for beautiful women.

He spoke about how women were often objectified, not taken seriously, and treated as the property of powerful men.

"We should encourage young women to work hard and for them to know that they are not just seen as trophies and fragile things that can't look after themselves," was the crux of his column.

I thought it was a harmless piece. It may have stated the obvious but it warmed my heart to see how ardently it was picked up on social media and widely read by our audience who clearly agreed with Dlanga and felt his words needed to be said. Perhaps it wasn't as obvious for everyone, which is why Dlanga reiterating these things was a good thing, if it was such a revelation to so many.

But my fellow feminists and I spent a good 15 minutes arguing about it without me getting any closer to the truth as to why they were so incensed by the column. I did get that they were very, very annoyed with me for not agreeing with them. But beyond that, not much by way of explanation. Eventually I asked one of them to break it down for me in an email.

She said it was simplistic and stated things we already knew without taking it forward.

But did we already know it? Perhaps our narrow band of friends who have studied gender did, but not many of the readers who treated the column as fresh truth.

Do we really make things this difficult for people – men and women – not at our level of revelation about gender equality? If so we're going nowhere with that mentality.

The enormous amount of judgment and even anger I faced for not having the "right views", instead of people taking the time to explain it to me was off-putting even for me, and I consider myself a feminist. Imagine people whose views aren't just unfashionable but downright sexist? Who is communicating with them to help change these views that lead to the dangerously misogynistic society we live in?

Because that's the key where all prejudice is concerned: open lines of communications, where we can help each other understand why certain views are damaging and not healthy. If we, the supposedly more enlightened, react with outrage every time something offends our personal moral compass instead of working to bring the person on our side, we do ourselves a disserve and the cause we supposedly serve.

I see this happening on Twitter all the time and it pains me. Self-appointed guardians of the feminist cause police what everyone says about gender and jump on them, almost gleefully, if they put a foot wrong. Then, more often than not, a long, exhausting to-and-fro ensues that is completely alienating to anyone watching.

Look, I get just as worked up as the next person over casual sexism. But I have a three tweet to-and-fro limit, on this and any other topic. If we can't reach some sort of consensus then, we need to meet face-to-face, or take it offline, to resolve our differences. If the person is too famous to bother responding to me, I will write about it in a longer form, like this column and try to unpack the problem with the statement or attitude.

Because that is how real human interaction and change happens: when we can put aside the fire of outrage, which is only fuelled by the public aspect of Twitter spats with the sense of a crowd of followers watching the conversation, and engage in an actual exchange of ideas.

So my fellow feminists I plead with you: less rage and more explanation. If the response to Dlanga's column is anything to go by there are loads of people in South Africa willing to listen to issues of gender if they are not patronised, treated with disdain or ignored for not having the "right" views immediately.

Men carry the burden of society’s expectation of masculinity