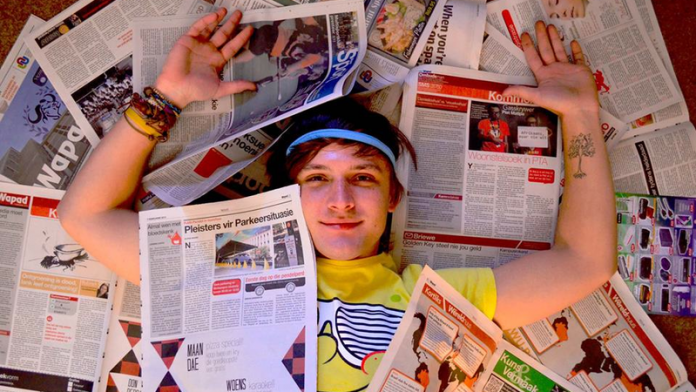 Journalism lecturers at the North-West University's (NWU) Potchefstroom campus are up in arms over a bombshell decision by the university's management to halt publication of a campus newspaper, which they maintain amounts to censorship and trampling on media freedom.

Kevin du Plessis, editor of Wapad – a paper whose first edition was published in 1946 – received the news on Monday morning that the marketing department decided to suspend publication of the newspaper. The reason given was that the paper was in debt of nearly R80 000, a bill that the department is not prepared to foot.

The timing to pull the plug on the paper also raises eyebrows as it comes during a week Du Plessis was to publish a story about his assault last weekend, allegedly by a second-year student. Du Plessis told the Mail & Guardian his alleged assailant accused him of failing to endorse patriotism promoted at Veritas students' residence in the paper.

Lecturers in the journalism department do not buy the story that debts are an issue behind closing the newspaper. "On the surface it's about money but I don't believe it for a minute," Johannes Froneman, lecturer in journalism and media ethics at the campus since 1991, told the M&G in an emailed response.

"The real issue is that Wapad is trying to be an independent voice, while critics believe it should be part and parcel of a sanitised media that serve the reputation of the university in a very particular way," added Froneman.

"By closing the paper down, even if only temporarily, the impression was possibly transmitted that we don't care about freedom of speech on this campus. Well, we do. Therefore, my journalism colleagues and I have come out strongly in support of the editor and the paper. Should we fail in this duty, we fail as journalism teachers … If we can't stand up for freedom of the media, even in the confines of a campus, should we have a journalism programme? Remember, we are the oldest journalism department in the country. We simply have no choice but raise our voices."

'Compromised' teaching
Hannelie Otto, a lecturer in the journalism department, confirmed her colleagues were against Wapad's closure. "We feel our teaching itself is being compromised," she said.

Du Plessis hinted that the next edition would have turned the spotlight on the "indoctrination" prevailing at the residence. "The culture that reigns in this res[idence] is concerning. I don't blame him [the attacker] because he himself is a victim of the pride that's indoctrinated at the residence."

But Johan van Zyl, spokesperson of the Potchefstroom campus, said the decision to halt the paper's publication was purely based on financial constraints. It can publish at any time if its editorial and advertising team settles the debt, he said.

It "is definitely not the case" that there is plot within management to censor Wapad, Van Zyl said. "We stand for media freedom and actually promote it. It's up to them to put the funds as soon as possible."

Assault and paper's closure not connected
The alleged assault on Du Plessis and decision to close the paper are not connected, Van Zyl added. The decision about the future of the paper was "already taken on Friday, [and] we learnt of the assault only on [Monday] morning", he added.

"These are two different incidents. They have nothing to do with each other."

But what appears to be a spanner in the works is that Wapad is not even allowed to publish its next edition on its website. The edition was to hit the campus, nicknamed Pukke, on Wednesday.

"I don't understand why we can't publish electronically, at least. My biggest argument is that no matter what's the finances state, an electronic issue wouldn't cost a cent," said Du Plessis.

He also denied the paper's arrears were up to R80 000. According to their current financial statement, Wapad only owes debts to the tune of R7 000, said Du Plessis.

'A mouthpiece of the university'
Van Zyl said the paper cannot publish online because its website version is only supplementary to the hard copy. "If the paper is subtracted, the other should be subtracted as well. These two go hand-in-hand with each other."

He rejected that Wapad's editorial independence should put it in a position to decide to publish online at any time. "They are not independent, [but] are a mouthpiece of the university. It's for the university's internal communication," he said.

"It remains the school of communication's task to train journalists. The department of marketing and communication gives the platform [via] Wapad newspaper to also exercise management and financial skills. Wapad is an internal communication vehicle where not all editorial staff are journalists," Van Zyl added.

Froneman said while he accepts that a campus newspaper is "not totally independent and should serve the students with balance and care, I also believe the paper should be critical within the confines of the Press Code and the university's set of values".

"In other words, they should be responsible journalists, but never lapdogs of a particular vision of student life and what the NWU-Pukke should be. Certainly they should challenge old conventions and find new ways of expressing themselves as independently-minded citizens."