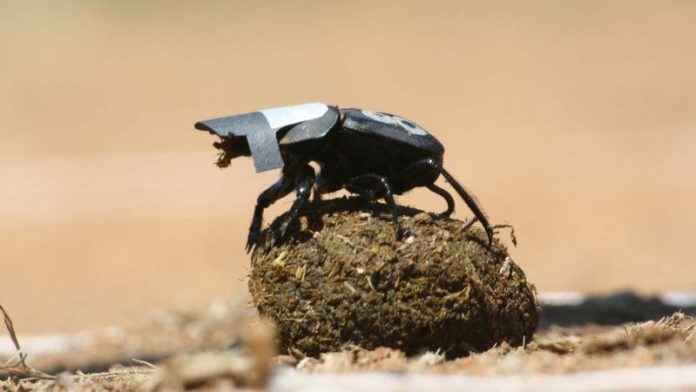 This year, University of the Witwatersrand scientist Marcus Byrne joined the illustrious ranks of Ig Nobel winners for putting boots and caps on dung ­beetles. Fashion for insects.

There is a scientific use for this, though: to study the movement of dung beetles and prove that they orientate themselves by celestial objects.

Published in online scientific journal Plos One earlier this year, Byrne – who shares the prize with co-researcher Emily Baird from Lund University in Sweden – found that the dung beetle, with a brain the size of a grain of rice, is the first proven case of an animal using the Milky Way for navigation.

"An interesting feature of dung beetle behaviour is that once they have formed a piece of dung into a ball, they roll it along a straight path away from the dung pile," says Baird.

The authors write: "This straight-line orientation ensures that the beetles depart along the most direct route, guaranteeing that they will not return to the intense competition (from other beetles) that occurs near the dung pile.

"Before rolling a new ball away from the dung pile, dung beetles perform a characteristic 'dance', in which they climb on top of the ball and rotate about their vertical axis."

Byrne says: "We think that (by dancing) they're getting a celestial fix, and responding to navigational queues."

The booties and hats helped measure their orientation.

Byrne and Baird now find themselves in illustrious company. Here are some of last year's winners, taken from the Ig Nobel website: