12 Years A Slave: Heroic and harrowing, but necessary? 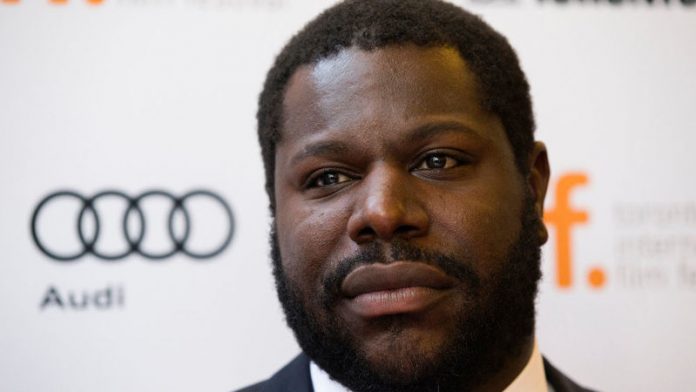 As is becoming its wont, the Toronto international film festival seems to have delivered an Oscar frontrunner. By all accounts, Brit director Steve McQueen's 12 Years a Slave is a sterling piece of work; but that isn't the only reason it's attracting acclaim. The film is no mere romp like Argo or The Artist, crowd-pleaser like The King's Speech, or thrill ride like The Hurt Locker. According to McQueen, 12 Years is "necessary". (The Guardian's critic agreed that it's a "necessary" film, while a critic at the London Evening Standard found it "truly necessary".)

The film is deemed to be challenging, thought-provoking and powerful, forcing audiences to confront unwelcome but important realities. Understandably, it is therefore "something everyone should be obligated to see".

McQueen's film is certainly harrowing: people are thrown into carts like objects, and they are beaten, lashed and ceaselessly humiliated. It might remind you of Django Unchained. It's also a reminder that big-screen depictions of the wrongs once perpetrated on black people are in good supply these days. Lee Daniels's The Butler led the North American box office last month, while 42 has just opened in the UK. Supporting acts in Toronto this year included Belle and Mandela: Long Walk to Freedom. In recent years, The Help, like Django, copped a best picture nod at the Oscars. So: successes. But what about the claim that it's "necessary"?

However searing it may be, 12 Years a Slave could hardly be less controversial. Racism hasn't disappeared, but one thing has changed utterly since the era in which the film is set. Discrimination on the basis of race is no longer acceptable in public; politicians who appeal to residual racist sentiment must deny they are doing so. The cause for which McQueen's film fights, long ago prevailed. Now, its function isn't to rub filmgoers' noses in unacknowledged guilt; it is to let us bathe in self-righteous satisfaction at our moral superiority to our woefully benighted forebears. Not surprisingly, even people of colour can find such exercises unnecessary.

McQueen might have looked to the history of slavery for the basis of a more disconcerting film. Black slavers could have been shown revelling in the practice. In the 17th century, thousands of British fishermen and coast-dwellers were captured by African pirates, clapped in irons and pressed into slavery. According to Samuel Pepys, they were fed only bread and water, they were beaten on the soles of their feet and bellies when their owners saw fit. Showing such conditions, though similar to 12 Years a Slave, might have yielded a more surprising and perhaps more provocative film.

A British director sticking it to Americans about their shameful history could have shocked them more than McQueen chose to. He could have flaunted the startling truth that it was Hollywood's pantomime villains, the limeys, who led the world in stamping out slavery. The British parliament outlawed the trade more than half a century before the American Civil War. And an account of William Wilberforce's 20-year struggle to abolish slavery might have been as instructive as Spielberg's wordy film Lincoln. The Royal Navy's subsequent war on the Atlantic trade could have yielded action yet more stirring than The Help's tale of a well-bred white lady's patronage of a couple of misused maids.

If the story McQueen offers instead has little bearing on current concerns, that's no more than par for the big-screen course. Preaching to the converted is the favoured cinematic approach to dispensing polemic. The film industry loves to jump on a righteous bandwagon, but only when it's safe to do so (and that is usually when the race in which the bandwagon is running has long ago been won).

The nightmare of Vietnam was thoroughly examined in retrospect by Hollywood, but not when the conflict was tearing America apart. The war lasted from 1955 to 1975: The Deer Hunter appeared in 1978, Apocalypse Now in 1979, Platoon in 1986, Full Metal Jacket and Good Morning Vietnam in 1987, Born on the Fourth of July in 1989 and We Were Soldiers in 2002.

In 2005, McCarthyism could be somberly dissected in George Clooney's Good Night and Good Luck. But when its evils were being perpetrated, Hollywood was participating in them, instead of exposing them. Poets laid bare the horrors of World War I as they were happening; All Quiet on the Western Front got round to them in 1930.

McQueen is considered an edgy, relevant director, but his forceful analysis of the rights and wrongs of the IRA hunger strike, Hunger, appeared more than a quarter of a century after the issues were actually urgent. Sex addiction, the theme of Shame, may sound like a hot topic, but it is of more interest to the prurient than to those concerned with genuinely pressing social problems.

If you want to see the real issues of the day confronted, try books, theatre or television. Mainstream cinema would rather wait until such issues no longer matter. Maybe economics make that inevitable, but let's be honest about it: McQueen's 12 Years a Slave may be engrossing and magnificent, but it isn't necessary. – guardian.co.uk © Guardian News and Media 2013