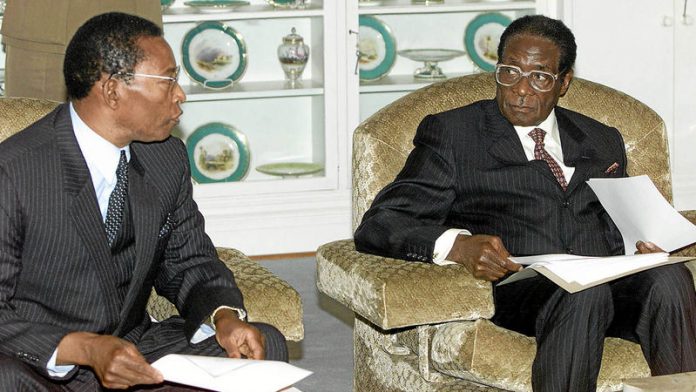 A second 1989 commission of inquiry into the illegal sale of trucks and motor vehicles, commissioned by President Robert Mugabe and headed by former Judge President Wilson Sandura, has been ­quietly released into the archives.

The report, while in some cases pointing out wrongdoing by senior officials, finds mitigating circumstances that might have been designed to ensure the accused were not brought to justice.

The Mail & Guardian recently obtained the report titled, "Report of the second commission of inquiry into the distribution of motor vehicles" from the University of Zimbabwe where it has been deposited in a library. It could not be established how long it had been there.

The Chronicle broke the story in 1988 which became known as the "Willowgate scandal" in which senior officials were accused of using a government facility to purchase vehicles from Willowvale Motor Industries and resell them for profit.

The Sandura commission's first inquiry rocked the government at the time.

Maurice Nyagumbo, then senior minister of political affairs and Zanu-PF administration secretary, committed suicide in April 1989, after being named for corruption in the first report.

Second inquiry
A second inquiry was conducted, but the report was not released until recently.

The second inquiry's terms of reference were similar to the first, but the report said the commission was to look specifically at the vehicles assembled and distributed by W Dahmer, Leyland Manufacturing Zimbabwe and Leyland Zimbabwe.

That report is now largely useless as most of those named are dead, but it gives insight into the extent of the corruption.

Though the report apportions blame to some individuals, it finds mitigation on the basis, controversially, that some of the offenders were remorseful.

Others escaped despite benefitting from the scam because either no price controls existed at the time or the vehicles they purchased weren't properly worded in the relevant statutory instrument providing for price controls.

The second report further implicates the late Nyagumbo, linking him to the purchase and sale of four vehicles.

"Contrary to popular belief that Nyagumbo was a pauper, the evidence before us shows us a different picture," the report said.

"Regrettably, he committed suicide about a week after the commission was reconstituted, but before it commenced its investigations."

Another investigation in the report revealed that the late Enos Chikowore, then minister of local government, rural and urban development, allegedly assisted two people to buy Nissan sedans directly from Leyland.

It said that Chikowore assisted his private secretary, Alice Sakupwanya, to buy a vehicle and proceeded to facilitate the purchase of another vehicle for Sakupwanya's friend, Esther Gupo.

The commission, however, concluded there was nothing untoward in the minister's actions, as he was "only helping his secretary" who was "in a desperate situation and badly needed a reliable motor vehicle", while in the case of Gupo, it was a "matter of argument as to whether or not the minister should have contacted Leyland on behalf of Gupo".

Surviving the scandal
Chikowore survived the scandal and continued working in the government until his death in 2005.

The second report also said former Industry and Technology Minister Callistus Ndlovu abused his position in 1988 and purchased a motor vehicle from Leyland for Z$22 087 and resold it at Z$65 000.

Ndlovu is currently Zanu-PF's chair in Bulawayo and a member of the party's  central committee.

The commission was reluctant to convict Ndlovu because it could not "say with a degree of certainty what happened to the proceeds of the sale".

Explanation rejected
The commission rejected his explanation saying, "It is incredible that he would not have known that the motor vehicle was subject to a controlled price."

Dube kept a low political profile after this, but maintained his links to Zanu-PF until his death in 2000.

The report also names army colonel Matthew Makanza for purchasing two Nissans directly from Leyland in 1987. One he immediately sold to National Foods for Z$48 000 after purchasing it for Z$21  411 .

Makanza also purchased another vehicle for a Mr K Cook.

The commission found that it couldn't accept that Makanza received "no benefit when he purchased a pick-up truck directly from Leyland and passed it onto to Cook", adding it was highly improbable that with the acute shortage of new motor vehicles on the market, Makanza would do what he alleges he did for Cook for nothing.

Makanza went unpunished because the motor vehicle in question was not subject to price-control regulation at the time.

Reselling at an inflated price
In 1988, Rueben Marumahoko, a former MP and deputy minister for regional integration and international co-operation, purchased a Nissan pick-up truck for Z$22 087 from Leyland and resold it for Z$55 000 five days later.

At that time, he was an administrator at Zimbabwe's central mechanical department.

"It is clear in our view that when he [Marumahoko] purchased the motor vehicle directly from Leyland, he did so with the sole intention of reselling it at an inflated price and making a substantial profit," the report said.

But, the commission found that there was "no breach of the price-control legislation in this case because at the time, the motor vehicle was not subject to price control because of an error in the description of the motor vehicle in the relevant statutory instrument".

The commission found that Shoshore discovered that he could raise a considerable amount of money very quickly by buying and selling motor vehicles.

Guilty
He was found guilty of breaching the price-control regulation in respect of two vehicles, but in his favour was the fact that he was "frank and forthright as a witness".

Shoshore resigned as a state operative and went into private business.

Former banker and Zanu-PF fundraiser Enoch Kamushinda is said to have behaved like a "car dealer", who found an easy way of making money by buying and reselling motor vehicles for large profits.

In 1988, Kamushinda bought four Nissan Sunny vehicles with the intention of reselling them at exorbitant prices.

From March 1986 to December 1988, the late former Air Marshal Josiah Tungamirai also purchased four motor vehicles, one of which was sold for Z$54 000.

The commission found him guilty of breaching price-control legislation with respect to one vehicle, a Mazda pick-up truck.

"In his favour is the fact that he was forthright, honest and truthful in his evidence," the commission noted.