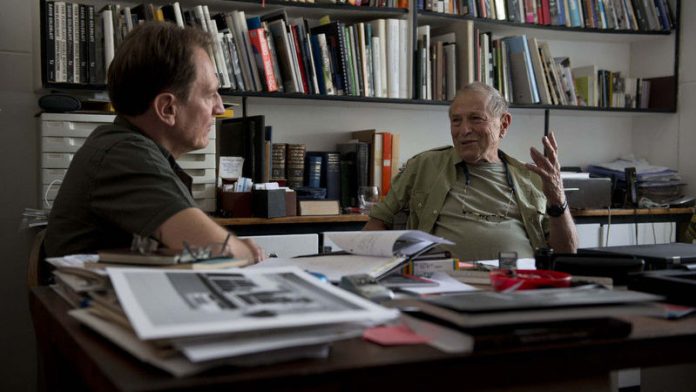 The FNB Jo'burg Art Fair, running in Sandton until Sunday, has been full of surprises. The Mail & Guardian reported on Friday that artist Ayanda Mabulu's painting Yakhal'inkomo – Black Man's Cry had been removed from the exhibition space at the FNB Jo'burg Art Fair 2013 by the event organiser and director of Artlogic Ross Douglas who claimed that he had done so on his own initiative. The action was apparently taken in order to avoid offending the art fair sponsors that include the Department of Trade and Industry as well as the Gauteng provincial government.

By the end of the working day on Friday, the art fair's featured artist for 2013, veteran photographer David Goldblatt, had heard of the action taken by Douglas. In solidarity with Mabulu, Goldblatt requested that his exhibition titled The Frock and other Pictures, be removed from the art fair walls. 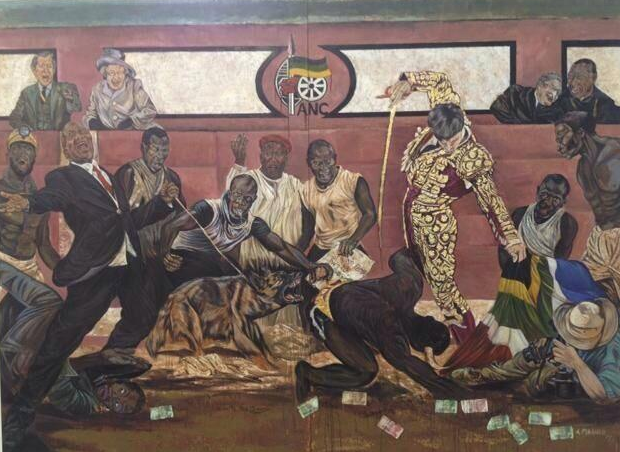 Unsurprisingly, Ross was then motivated to allow the return of Mabulu's painting to the gallery stand belonging to Commune.1 that represents Mabulu commercially.

Ross and Artlogic partner Cobie Labuschagne called a press conference on Saturday morning to announce the restoration of order to the event that would have ended in disaster if Goldblatt had pulled out permanently.

The press conference was attended by Douglas and Labuschagne. Others who made statements and answered questions were Goldblatt, Mabulu, Commune.1 gallery owner Greg Dale and Lisa Essers, owner of the Goodman Gallery that represents Goldblatt.

"It's not the first time that I've been censored. I find it difficult to witness the same thing that was happening during the apartheid era happening today. It makes it difficult to understand in which direction we are going as South Africans, and artists, if we are going to allow the minority, two people, to decide what's palatable for you people," Mabulu said on Saturday.

Based on the 2012 Marikana massacre, Mabulu's artwork depicts President Jacob Zuma holding a dog that appears to be attacking a man beneath the ANC insignia. Also depicted in the art piece is Economic Freedom Fighters president Julius Malema, Queen Elizabeth II, Prince Charles and other political figures watching the event.

The Goodman Gallery released a statement on Saturday in support of Goldblatt's decision. "The Goodman Gallery is dedicated to upholding the South African constitution, and the freedom of expression that it allows. As a result of The Spear saga, we have learnt many lessons, and are aware that this incident has engendered a culture of self-censorship, which has become increasingly ubiquitous in the South African art world. It is mournful that the FNB Art Fair is influenced by this undercurrent of fear for economic reasons or otherwise," it said.

"We acknowledge that the situation is complex and layered, and thus Goodman Gallery Director Liza Essers met with David Goldblatt and Ross Douglas and suggested that she chair a conversation at the Art Talks booth. As a result of this layered dialogue, Artlogic have acknowledged that they had not considered the repercussions of their decision, and have agreed to allow commune1 to rehang Mabulu's painting on their booth. Goldblatt will re-install his exhibition and allow his work to be shown," the statement said.