Privatisation of schools vs the public good 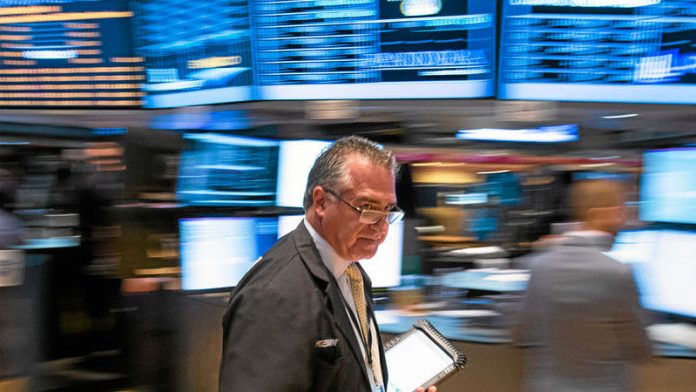 Public education has developed over more than a century to become a core part of the work of governments, especially because it is very much a part of their democratising mandate in providing a basic human right to all members of society. Nowhere is there an example of a country with high educational outcomes where the provision of basic education has been in private hands.

But there is now an increasingly insistent view suggesting that the privatisation of education, whether through high-cost or low-cost private schooling, charter schools or the voucher system, is the "solution" to the problems of education systems.

This view is touted against the egregious weaknesses that face many public education systems and the prevailing view that education is not meeting the demands of the labour market and economy.

Advocates of this "solution" argue that privatisation provides choices to parents, makes schools more responsive, produces greater cost efficiencies and even better-quality education (however such "quality" is defined). The underlying idea is that the state should have as little as possible to do with the delivery of education and other services, which are best left to market mechanisms for their resolution.

However, the purveyors of these ideas do not speak to the adverse consequences of privatisation. Of these perhaps the most troublesome relates to the value systems inculcated by the privatisation of education and the power it vests in the unaccountable and undemocratic corporate interests already hugely dominant in the world.

Corporations and their "experts" have a large part to play in the development of the curriculum, in shaping the orientation and outcomes of education, and in determining the "suitability" of teachers and administrators. Of necessity, this is associated with the rationalisation of costs and the determination of what is "relevant" and what is not.

These characteristics of privatisation are further augmented by:

• The absence of a national curriculum or forms of assessment that engender wider social outcomes and goals necessary for social cohesion and consistency;

• The effects on the (already parlous) state of the public system, which ends up catering only to students from the most deprived communities;

• The removal of middle-class children in particular from the public schooling system based on the criteria of affordability and ostensible "choice", and their separation from a wider network of social engagements and interactions;

• Deepening social inequality and stratification among the citizenry, whatever the putative "gains" of private education;

• The frequently continued use of public infrastructure and almost invariable reliance on the best publicly trained teachers. There is little or no training of teachers in the private sector and consequently the privatisation of education plays a parasitic role by depending on the public provision of qualified teachers;

• The stimulation of perhaps the greatest outbreak of corruption in the public service, as the empires of many billionaires will attest, through textbook provision, standardised tests, school meals and other outsourcing measures; and

• Most importantly, the engendering of competitiveness and individualism as the overarching values in society.

What is its value?
The private market for education is now estimated to be worth $50-billion worldwide. Organisations such as the International Finance Corporation, the investment arm of the World Bank, have grown exponentially and, in 2012, had more than $850-million in commitments to private initiatives in education.

South Africa has seen a mushrooming of private schools. Curro Holdings, for example, boasts that it will reach 80 schools in the next six years. Its [Curro Holdings's] revenue increased by 91% to R309-million, and that of its earnings before interest, taxes, depreciation and amortisation (Ebitda) increased by 178% to R51-million for the period ending June 30 this year. There are other South African companies with huge profits in the education sector.

In reality, the privatisation of education is the pursuit of a global ideological agenda rationalised on the ostensible (and often real) failure of governments to supply good-quality public education to the majority of its citizenry.

This ideological agenda is uncaring about any idea of the "public good" purposes of education — that is, of its role in producing social cohesion through the provision of education that is of high quality for all members of society.

Preserving democracy
It is not for nothing that many communities have mounted important challenges against the failure of the state to deliver good-quality public schooling — even going to the highest courts in the land. Abandoning these challenges for the false promise of privatisation is to discard the rights enshrined in the Constitution: it is to abandon the citizenry's entitlement to a democratic society and to favour a narrow and increasingly self-serving merito-cracy that represents none but its own financial and social interests.

The ideology of privatisation is associated with the idea that the role of education is largely about meeting the skills requirements of business. As Steven Klees of the University of Maryland in the United States argues: "Unemployment, in particular, is put at education's door, arguing education is not teaching what the economy needs. It is, unfortunately, true that many children and youths leave school without the basic reading, writing and social skills, which are necessary for work and life.

"But the mismatch argument is usually not about basic skills but vocational skills.

"The mismatch argument, while superficially plausible, is not true for at least two reasons. First, vocational skills, which are context specific, are best taught on the job. Secondly, unemployment is not a worker supply problem but a structural problem of capitalism.

"There are two or more billion un- or underemployed people on this planet, not because they don't have the right skills but because full employment is neither a feature nor a goal of capitalism … Entrepreneurship is the result of our failure to make good on the promise of decent work and substitutes hope and prayer for effective economic policy that creates employment."

In the US, privatisation advocates found a home with "free" market bodies such as the Heritage Foundation, the Cato Institute and others. It was these "think-tanks" that incubated a generation of academics and journalists who promoted privatisation as "common sense" to the general public.

An uncritical approach
In South Africa, research on the relationship between education, labour markets and the economy more generally has been pursued by a number of institutions, notably the Centre for Development and Enterprise (CDE). The CDE's efforts are replicated by some academics and pro-business, "independent" think-tanks. Their research is reflected eclectically in a wide range of policy documents, strategies and pronouncements, all of which have in the main adopted an uncritical approach to the dominant conceptions about unemployment as well as education and its role in society.

In a classic case of dissimulation, the CDE produced a workshop report in 2011 titled A Fresh Look at Unemployment: A Conversation among Experts, which largely recycled well-worn perspectives. According to this report: "What, we asked [the experts], is preventing us from creating more jobs?"

Predictably, the report concluded: "We need to address the gap between the poor productivity of young, unskilled, inexperienced workers and their employment costs. This requires a fundamental re-examination of the labour market regime with a view to facilitating the emergence of lower-wage industries and businesses. Labour market reforms of this kind would create opportunities for people who could not expect to find jobs in existing industries and firms.

"South Africa needs to learn the lessons presented by Newcastle's clothing industry. In this town (with an unemployment rate of 60%), workers have shown that they are willing to accept wages below the minimum levels prescribed by the industry's bargaining council, and have attracted more clothing factories as a result. Events in the Newcastle clothing industry should be seen as a model for a new industrial structure."

In other words, the key "fresh" solution for the millions of unemployed this august gathering of "experts" could come up with amounts to support for sweatshop-like low-wage industries to compete with cheap imported goods from sweatshops abroad.

South Africa's textile industry provides a grim reminder that vast numbers of highly skilled workers can lose their jobs very rapidly, for reasons that have less to do with any lack of skills or eagerness to work but rather with South Africa's adoption of a neoliberal macroeconomic programme.

Similarly, the employment of miners in the extractive industry is subject to fluctuations in the price of metals globally, on currency exchange rates and on investment decisions made by mine owners.

There is silence too about the estimated R500-billion in cash reserves that corporations hold and which they refuse to invest in ways that could create employment even while hundreds of billions have been removed from the economy through the activities of the largest corporations in the land since 1994.

Their mantra is usually a permutation of the following clichés: "The labour market is too rigid and inflexible"; "We must be competitive and entrepreneurial"; "Education fails to provide young people with skills for employment"; "We need more investment and economic growth".

Rarely do we hear dissenting voices and the simplistic statements and platitudes of these "experts" are seldom challenged.

Policymakers and analysts in countries such as South Africa are wont to borrow policies and their prescriptions largely from Europe and North America, regardless of the vastly differing histories, contexts and circumstances under which such policies were developed or the approaches to development that these signified.

In effect, although many of the borrowed policies have been shown to be ineffective in the very countries of their origin, they continue to be purveyed as policies and "best practice" useful to development elsewhere. Such policy borrowing is fostered, regrettably, not only through the work of "expert" consultants (often from developed economies) but also by "native" researchers who have little regard for the critical literature.

Neoliberal globalisation's narrow focus on business and the market system continues to undermine and distort the purposes of good-quality public education. It has the potential to negate the struggles for a fair, just and humane society, substituting these for unaccountable and avaricious global autocracies based on the power of money.

We cannot abandon the public mandate of the state if we are to have any hope of achieving the goal of a democratic and humane society, free of corruption, accountable public services promoting decent employment and socially useful work, the provision of "public goods" and the development of a genuinely democratic society for all citizens.