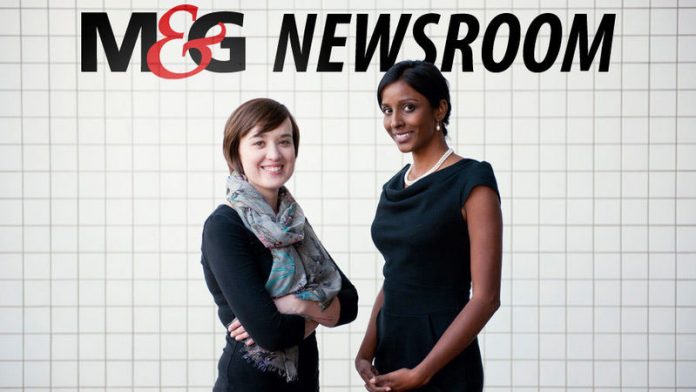 This week Verashni Pillay and Faranaaz Parker look back at the weekend's big stories, then cast an eye forward to what you can expect in the news.

Thousands of young people from around the world converged on South Africa last week for the One Young World summit, which provides an opportunity for young go-getters to network and exchange ideas on how to solve some of the world's most pressing challenges. But can all the talk translate into action?

Parker and Pillay take a listen to some of the advice Huffington Post editor-in-chief Arianna Huffington had for the young attendants.

They will then move on to less inspirational news from the last week: Guptagate has reared its ugly head again. And we're not talking about the Guptas' attempt to sue the Mail & Guardian for R500-million.

Last week, Beeld reported that two of the five South African National Defence Force staff members under investigation by a military tribunal looking into the Gupta's controversial landing of a private jet at Waterkloof Air Force Base earlier this year have implicated President Jacob Zuma in the matter. It's now been alleged that seven helicopters carrying Gupta family wedding guests were authorised to fly from the airforce base to Pilanesberg to meet Zuma. Beeld editor Adriaan Basson helps us get to the bottom of the story that won't be resolved and refuses go away either.

They'll cast an eye back to recent news – including SABC executive Hlaudi Motsoeneng's determination that 70% of the news should be positive and how the Independent Electoral Commission's flouting of regulations when it came to a leasing deal will impact the organisation's credibility in the runup to the 2014 election – and look ahead at what lies in store this week for Cosatu.

On the lighter end of the spectrum, we'll consider what the Miley Cyrus/Sinead O'Connor spat is really all about. Would this matter fall into Motsoeneng's "positive news" category, one wonders.

And along the way we'll also play you the Weekly Choon dedicated to the people and issues making headlines, along with a few other songs.

Tweet us any questions or comments you may have using the tag #MGNewsroom.

DA admits it cannot cut ANC support to less than...

The official opposition’s leader John Steenhuisen has called its mission to slash the ANC voter share unrealistic during a parliamentary meeting, as the party deals with financial challenges and a fresh round of staff retrenchments
Politics

The South African Revenue Services didn’t gazette the EU quota rates for about month, with no reasons given – and then suddenly published them
Advertising