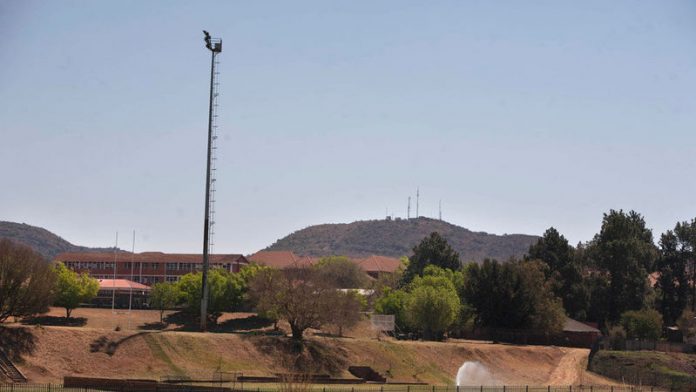 In a march that disrupted learning in Ratanda schools on Monday, local leaders of the ANC and its alliance partners took turns accusing the Afrikaans-medium Heidelberg Hoër Volkskool of promoting racism against black pupils.

"I know we'll be labelled racists as well, but the truth is we're responding to racism," Archie Mokonane of the South African Communist Party (SACP) told the crowd.

Sipho Nhlengethwa, a local ANC councillor, said they would campaign for the school to be named after Obed Nkosi, the party's anti-apartheid stalwart from Ratanda. "This is our public school, it's not a private school," said Nhlengethwa.

The march drew thousands of residents of Ratanda, the township neighbouring Heidelberg, southeast of Johannesburg. While the ANC put the turnout at 8 000, a significant number of the marchers were pupils who found their primary and high schools deserted.

Some pupils said their teachers told them last Friday there would not be classes on Monday due to the march. "There are no people at school, that is why I decided to come to the march," said a primary school pupil.

Gershwin Chuenyane, spokesperson for the Gauteng education department, said they were "concerned about the teaching and learning time lost as result of the march".

"We are writing letters to schools affected requesting principals to come up with catch-up plans for the time lost today."

Language issue
Ernest Dlamini, chairperson of the ANC branch, defended the pupils' participation in the march. "Remember a march is a right. Whoever wants to participate has a right. We cannot exclude others, and we cannot force others to join the march," he said.

But the significance of their involvement was that they were victims of the alleged racism of Hoër Volkskool, said Dlamini. "They are also affected because we don't have an English school in this area. So these kids want to come here, but they are not given that opportunity. That's the reason why they felt important for them to come here and support the march."

Hoër Volkskool is the only secondary school in Heidelberg. Despite being an Afrikaans-medium school, it attracts pupils from Ratanda whose parents opt not to enroll at the township's "overcrowded" schools. Another reason, as parents have said, was that their children had never learnt isiZulu or Sesotho, which are taught as a first language in the Ratanda schools.

Fistfight
​The Mail & Guardian reported last week the march would take place against the backdrop of what community members and parents say is long-standing racism at the school. While the march was triggered by a fistfight in August described by parents as the latest outbreak of racial conflict at the school, the school governing body's decision to phase out non-Afrikaans classes also upset the marchers.

The memorandum prepared for the march by the ANC Lesedi zonal branch called on the Gauteng education department to "establish a commission of inquiry to investigate the history and the root cause of the continued practice of racism in this school and that the findings of such an investigation be made public".

Boy Ngobeni, head of the Gauteng education department, should "revisit" the school governing body's decision to phase out English classes "and deem it a flagrant contravention of the section 29 of the South African Constitution, which guarantees everyone the right to a basic education", said the memorandum.

"Let all have access to Volkie school, no discrimination," read a placard, one of many that expressed anger at the school. "Racism deprives our children their future," said another.

Magauta Motloung, member of the South African Democratic Teachers' Union, told the crowd the school was "undermining our democracy".

"Volkies belongs to us [and] we'll fight for it. We fought apartheid, [so] Volkies is a drop in the ocean."

After inviting the M&G inside the school, member of the governing body who accepted the memorandum on behalf of the school Johan Bester, declined to comment on the allegations. He said it would respond to the memorandum in a week.

Friction
But the school governing body has already vehemently rejected claims of racism against the school. Rather, what fuels friction in the community is the Gauteng education department's failure to build an English-medium school in Heidelberg, Cornelius Human, a member of the school's governing body responsible for its legal affairs, said in the M&G last week.

Said Human: "What we found ourselves in was just a situation with wild allegations, with no substance – and we're expected to act on them. It's exactly the same situation that we have now."

The government should not be blamed for not building the English-medium school in the area, said Dlamini. "No we're not blaming the government. We have a public school in Heidelberg. We're a small community, [our children] can all be accommodated in the school."

But a grade 11 Hoër Volkskool pupil who joined the march said: "It would be better if there was an English-medium school in the area. They should build one for future generations." He told the M&G he joined the march because some teachers at the school, "not all", "were racist and pretending to accept us".

"I'm not doing this [marching] for myself, but for future generations. I'm leaving the school end of next year, but I believe there must be equality at Volkies."