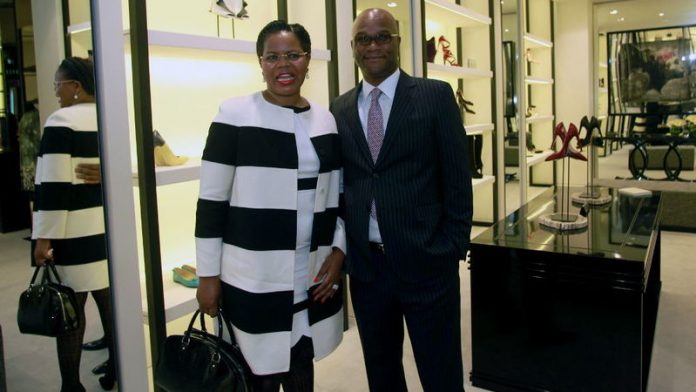 Following weeks of being under the spotlight and a series of controversies, businessperson and National Empowerment Fund (NEF) chief executive officer Philisiwe Mthethwa came to Parliament fighting on Wednesday morning.

The fund was appearing before the parliamentary oversight committee on trade and industry to present its annual report for the 2012/13 financial year.

Mthethwa and the fund have been under the media's spotlight since it was revealed in July that NEF had granted a R34.1-million loan to open luxury retail store Luminance established by Ndalo Luxury Ventures and co-owned by businessperson Khanyi Dhlomo.

The investment was met with criticism, in large part because much of the money will go towards an operation premised on importing luxury goods from international high-end designers and retailers.

This was followed by reports that the NEF approved a R9.8-million loan to a company belonging to Mthethwa's brother, Nkanyiso Buthelezi. It is alleged that Mthethwa was present at the meeting that approved the loan, and only R243 000 of the loan was paid out three years ago, with no repayments being made since then.

Recently, Trade and Industry Minister Rob Davies requested the fund's board of trustees to investigate Mthethwa and two senior NEF officials after receiving allegations from an anonymous whistleblower. The allegations have not been made public.

Tribalism
On Wednesday, Mthethwa defended herself against allegations of tribalism.

In an unusual move, when she introduced members of the NEF executive committee who had accompanied her to the parliamentary oversight committee, she didn't only introduce them by name, she added their tribes.

"I'm sure you were asking yourselves why is it necessary for us to introduce all the executives from the NEF.

"What saddens me … some people are taking us maybe 20 or 30 years back. For the first time, we are being asked a question on the identity of the executives of the NEF. I'm actually proud to say, it's something that I have never looked into before."

Mthethwa said the reason she introduced the members of her committee the way she did was to assert to the parliamentary committee that she has "not employed Zulus only at the NEF".

"It's a question that we have had to respond to. That allegation is false. I just wanted to put it on record that I have not employed Zulus only at the NEF and I will provide the statistics at the appropriate time," she said.

Of the six executive members that accompanied Mthethwa, only one was Zulu.

Inaccurate
The Mail & Guardian understands that the allegation that Mthethwa, who is Zulu, was only hiring Zulus, is among those investigated by auditors Deloitte.

Mthethwa also dismissed a number of media reports about NEF as inaccurate, and also fired at MPs, telling them to get their facts straight before commenting to the media.

Chairperson of the NEF board Thando Mhlambiso told the committee that the board asked Deloitte, assisted by Webber Wentzel, to determine the veracity of the allegations and submit a report to the board on its assessment and that process has already begun.

Based on that report, the board in consultation with Davies would decide whether or not further work should be done or the investigation should cease.

Mhlambiso said after taking legal advice, the board decided not to suspend Mthethwa and the senior officials who are the subject of the allegations.

"They are co-operating fully with the investigation and have committed not to do anything to compromise its integrity.

Law-abiding institution
Mhlambiso added: "I'd like to point out that the NEF is an institution that abides by the law and by the principles of good corporate governance. There are two critical aspects to that that have been underlying to some of the decisions we've made.

"We are fully committed to protect the integrity of the investigation and we are also mindful during this period when Deloitte is trying to determine the veracity of the allegations themselves, not to destroy people's reputations while the investigation is in process because there is also another underlying principle of law that we have to abide by which is that people are innocent until proven guilty."

Mhlambiso said on a personal level that he worked with the individuals who have allegations levelled against them and never encountered anything for him to question their integrity.

"We'll see what comes out through the investigation, but to me they have served the country and the institution with distinction."

Mhlambiso also defended Mthethwa's salary, bonus and performance payments, which amount to just more than R4.5-million in the financial year, which ended in March 2013.

Spent money
Democratic Alliance MP Wilmot James queried how the fund could justify the payments to Mthethwa when "we are at an entity that in fact has spent all its money and has kept nothing in reserves and has suspended all decisions regarding investment a few months back".

James said this raised fundamental questions about the quality of management.

"It's hard to understand how it is that the chief executive can earn what she does including a bonus and performance payments of R1.5-million, under the circumstances where in fact what you are looking at is a bankrupt organisation," he charged.

"The NEF is not and has not been bankrupt," responded Mhlambiso.

James said for several years, Mthethwa had been mentioning that there would come a time when the NEF would run out of capital and that they should prepare themselves for that.

Defence
Mhlambiso said the NEF took decisions, which if it had not taken would have run out of capital by August of this year.

"A few weeks ago, it was in this very chamber where the chief executive was given a standing ovation for the work the NEF under her leadership has performed … If you judge the organisation's performance and the chief executive's performance in terms of broader leadership and what we need to do to recapitalise this organisation, it's been exceptional."

Mhlambiso said the board had absolutely no difficulty at all in justifying both the salary and the bonus that was paid, not just to Mthethwa but also to others within the broader organisation.

"I think, by any measure, they have built an exceptional entity which is well positioned to meet the government and the country's priorities," he said.