Mangaung as a sports mecca 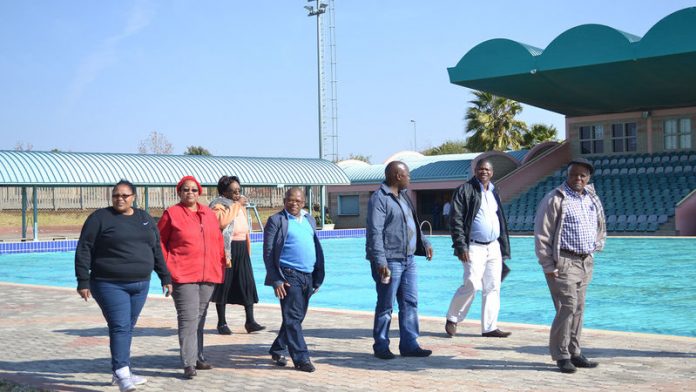 This is part of council's mandate to build equitable, cohesive, sustainable and caring communities with improved access to work and social amenities, including sports and recreational facilities.

These facilities will prioritise community development and optimal access and inclusion.

The municipality has set itself the lofty ideal of progressively working towards recognition in the country as a sporting mecca in terms of the availability of world-class sporting facilities, and amenities and inimitable sport passion and welcoming personality such as ubuntu.

To achieve this, the municipality will be investing R59.6-million in the next three years in upgrading and building sporting facilities and amenities. These include:
• Spending R9-million over the medium term reveneu expenditure framework (MTREF) period in upgrading the Botshabelo stadium;
• Spending R14-million in building a multi-purpose centre at Grassland 2;
• Spending R8-million on the Johnson Bendile Master Plan for design and first phase implementation that include the completion of fencing and ground preparations; and
• Spending R5-million on renovating and upgrading Billy Murrisson Stadium in Heidedal over the MTREF period.

The municipality's efforts are further strengthened by the provincial department of sport, following the MEC's announcement that the department has allocated R300-million over the next three years for the upgrading of Seiso Ramabodu Stadium; the home of Mangaung's pride, Bloemfontein Celtic Football Club.

For the current financial year, R81-million has been set aside for the ongoing construction work.

This is in addition to 36 tennis courts that have been resurfaced around Mangaung, with the Free State and Caleb Motshabi courts upgraded to host recreational and junior championship competitions.

This includes Fichardt Park, Mundene and Dr Viljoen. The following projects are in progress and will be completed by the end of the financial year:
• Community Hall in Botshabelo Section N with a budget of R1 350 000;
• Heidedal swimming Pool, with a total budget of R3-million;
• Tiling of Botshabelo Swimming Pool to the value of R500 000; and
• Bochabela Boxing Arena will receive an upgrade to the value R2,5-million.

The intention for the upgrading of the boxing arena is to restore it to its former glory, considering that this facility was mostly used for boxing competitions and that the Free State was known for producing boxers.

Residents of Mangaung recently welcomed the opening of the National Training Centre in partnership with South African Sports Confederation and Olympic Committee (Sascoc) in Bloemfontein.

The state-of-the-art facility, which will be the training ground for South Africa's participants in global events such as the Olympics.

"We are honoured to be selected as the anchor for the National Training Centre to be used to prepare our athletes for the Olympics.

"Such an endorsement is certainly in line with our vision of positioning Mangaung as the centre of excellence in respect of sports tourism. Our central location and passion for the game puts us in an advantaged position to contribute towards sports development in the country," said executive mayor Thabo Manyoni, prior to the launch in August.

There is also hope that the centre and the upgraded sporting and recreational facilities will bring a renewed interest in sports by the local citizenry.

It is against this background that the city recently partnered with the biggest regional radio station OFM as a title sponsor for the OFM Classic race, now known as the Mangaung OFM Classic cycle race.

Celebrating its 13th year, the Classic is the biggest cycling event in central South Africa and an official seeding event for the Cape Argus Pick n Pay Cycle Tour 2014.

It is expected to attract over 10 000 cycling enthusiasts from across the country.

In addition to the thriving sports industry, Mangaung is continuously being affirmed rich in heritage and history.

The city was recently awarded the Special Recognition award at the Golden Shield Heritage Awards for the city's efforts in preserving cultural heritage.

As the 2013 host and award recipient, Mangaung has been affirmed as the heart of South Africa's social, cultural and political heritage.

Not only is Mangaung the birth­place of many political parties and social movements, it is also home to various histori­cal monuments.

The attractions base of the Metro consists predominantly of historic heritage, unique architecture and museums, all which contribute towards tourism in the city.

Some of the foremost political sites that are growing tourist attractions are the Mapikela House and Waaihoek — Old Wesleyan Church in Batho location.

Thaba Nchu is home to the family house of Dr James Moroka, the eighth president of the African National Congress.