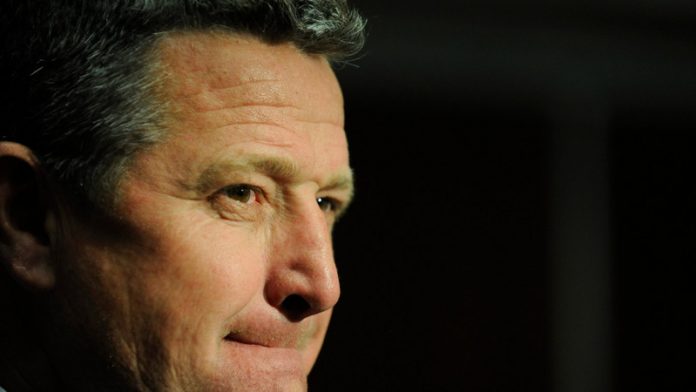 If pillows could talk, they would reveal the kind of sleep Gavin Hunt and Muhsin Ertugral have been getting since last weekend, as the Premier Soccer League's hiring, firing and quitting game went full steam ahead.

When the PSL teams resume hostilities next week after Bafana Bafana's trip to the Maghreb, where they played Morocco on Friday, two clubs, Lamontville Golden Arrows and Bloemfontein Celtic will have new men on the bench.

Celtic's Clinton Larsen threw in the towel on Monday following his club's 4-0 drubbing at the hands of Mamelodi Sundowns.

Another football side, Polokwane City, have physical trainer Eduardo Langer Schuler in a caretaker role following the departure of former Free State Stars icon Duncan Lechesa, who had led the rookies to promotion.

As with Lamontville Golden Arrows coach Manqoba Mngqithi, Larsen and Lechesa have insisted that they jumped and were not pushed.

With the summer of discontent heating up, the blood pressure of Hunt and Ertugral must be climbing as their sides continue to underperform despite their owners' known expectations for better returns on their investments.

Patience at the listed trading, services and distribution multinational's Melrose Arch headquarters must be wearing thin with Hunt. Bidvest is a business used to success in its different divisions.

Last year, it posted a combined R153.4-billion in revenue and a trading profit of R7.7-billion.

Generous open chequebook
Its acquisition of the former SuperSport United man was seen as a way to bring the football side of the business to the level it has become accustomed to come reporting season.

Things have not gone according to script for the former Hellenic right back, however. Wits have now bombed out of two cup tournaments in quick succession and their form in all competitions is good reason for concern.

Uncharacteristically for a side under Hunt's tutelage, their defence has been as formidable in stopping goals as a sieve is for holding water, and their strike force inconsistent.

They have let in 12 goals in all competitions and scored the same number in nine matches.

In their last match, Wits lost 2-3 at home to an Arrows side so limited, their coach, Mngqithi, quit after the victory, citing the inability to see light at the end of the tunnel for his troubled club.

It was the Clever Boys' third loss in a row after they lost to Sundowns in the league and against the eventual MTN8 champions, Platinum Stars. The club also lost the first leg of the semis (4-2 away).

Incidentally, Wits' last win was against Ajax Cape Town, led by another man who must be reading the classified section, Ertugral.

Decline for at least two seasons
Ajax are still to win a game in any competition this season.

So dismal have the Urban Warriors been, the highpoint of their season was a 2-2 draw against Sundowns.

That rookies Polokwane City's only full haul of three points (and five losses) came in their encounter against Ajax spells out how precarious Ajax's situation is.

In fairness to Ertugral, Ajax have been in declined for at least two seasons following the boardroom battle between the Comitis and Efstathiou families over control of the club.

The situation was resolved in the off season and it was expected that the club would fulfil its massive potential, best illustrated by the consistent ability to produce fine young talent season after season.

The club's undoing has been its reputation as a selling club. Ajax, like the Netherlands mother club of the same name, are happy selling their best talents to bigger clubs in their respective jurisdictions.

The Amsterdam side sold highly rated Christian Erikson to Tottenham Hotspur, where he replaced Gareth Bale, the Cape Town franchise sold Khama Billiat to Sundowns and allowed the experienced Matthew Booth to sit on the bench or in the stands at Wits.

Only five games into the season and with 75 more points to play for, it is too soon for the big bosses at Bidvest and Ajax to start panicking.

But they will have to start identifying the players they need to plug the obvious gaps.

Relegation
For Ertugral, the January transfer window cannot come soon enough for the club to use the cash generated from the sale of Billiat to buy the experience that will complement the youth talent churned out at the Kamva factory of future stars.

Having been able to turn things around since the end of last season, when the club was facing relegation with a few matches to play, the club has no reason to throw their hands up in despair just now.

In Hunt, Wits have a man of proven winning pedigree even though there are some who question his methods.

Unfortunately, security of tenure is rare in the PSL and expectations are high.

Hunt needs to find the tricks and methods that enabled him to lead United to three consecutive PSL titles and to the Nedbank Cup, but in six seasons at the club, he might be on borrowed time.

It is a tribute to the competitive nature of the PSL that excellent coaches such as Hunt and Ertugral find themselves where they are.

Every season, at least half a dozen sides, including the likes of United, Kaizer Chiefs, Orlando Pirates, Sundowns and lately Platinum Stars, believe they have what it takes to become champions.

Coaches seen to be failing to match expectations tend to lead a precarious existence.